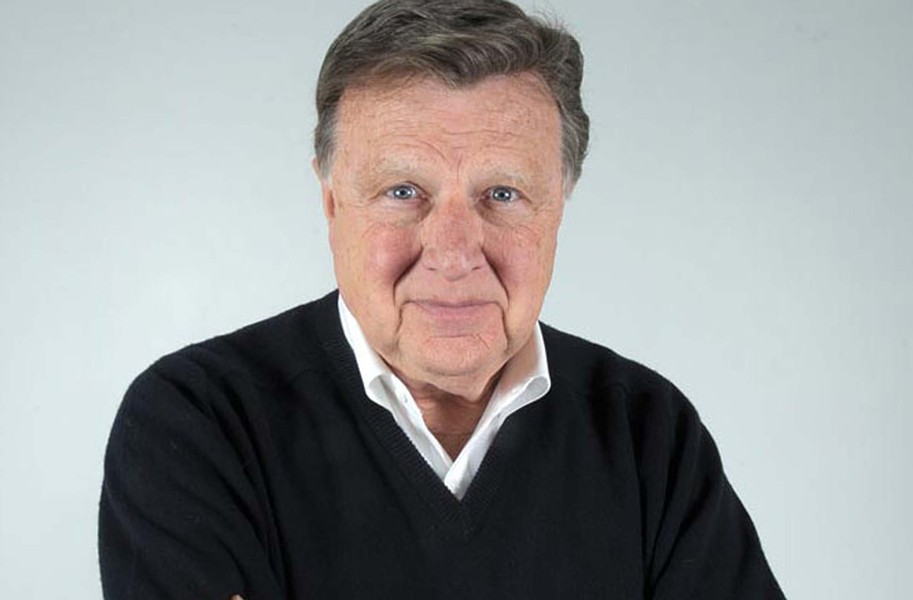 Gene Cox defines retirement more loosely than most. The longtime local television news anchor says he has nothing on his schedule on a recent weekday morning, but reaching an audience of thousands is a matter of pulling his phone out of his pocket.

Between his 9,615 Twitter followers and the buyers of his latest 20th-century-style paperback memoir, Gene Cox fans are getting longer or shorter versions of the same wit that kept his face on the air for decades.

"I do OK on Twitter because I'm sarcastic, irreverent and sometimes funny," he says over coffee. "That's cross-generational, but most of my followers are teenage girls."

His new memoir, sold at Genecoxrva.com, is for an older audience. "The Burning Church: Confessions of a Really Rotten Preacher's Kid," chronicles his youth as the son of a Baptist preacher in Appalachia. Cox describes struggling with his father's religious fervor, which caused strife from his early years through young adulthood when Cox began attending college.

"I've read a lot of books about people being alcoholics," Cox says. "My father was like that, except for religion. And he required it of all of us. I didn't like it."

Memories of his years in the news business are being saved for now. But the hurt of being left behind by his old medium seems far behind. He says he's at peace since his last anchor gig at 8 News ended in July. Before then, he was an anchor at NBC-12 for more than 30 years.

"They wanted younger faces," Cox says. "Local businesses want young viewers, because they're more likely to change their brand of toothpaste or buy a car they can't afford."

Cox, 74, says he's comfortable with his new pace, which involves finishing as many as four new book projects. Next year he'll release a fiction work about various murders at Richmond City Hall. His columns also have appeared in Boomer magazine, and he says social media keeps him on the radar.

"I'm enjoying this period where I don't have to put on a suit and tie and report for duty," he says. "I can do what I want to do."

Wearing jeans, he pulls his phone out and begins reading some of his Tweets aloud.

"I'm going with Ellie to church this morning," he says of a day with his wife, an artist. "But I've done worse things."