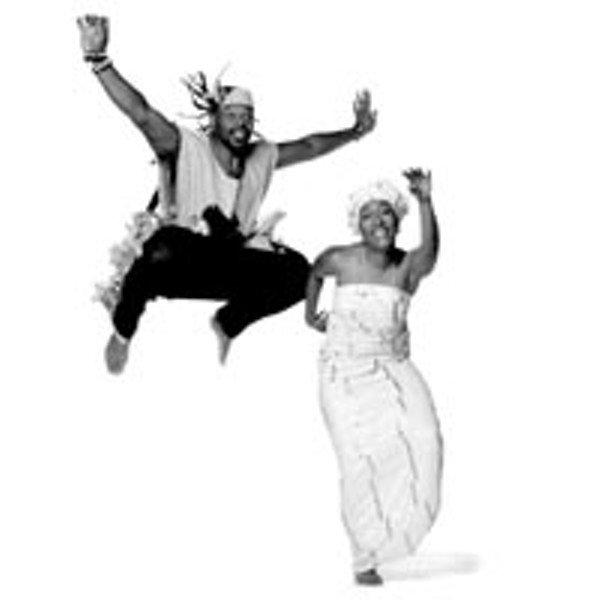 Richmond's first African dance company has been hard at work for more than 30 years. In 1973, Tanya Dennis, who was teaching dance at VCU, decided to create a student organization dedicated to African dance to help black students find a sense of pride. She had trouble getting students involved until one night, in a third-floor dance studio at the Franklin Street Gym, she played a tape of African music and danced by herself until a few students, attracted by the sound of the music, wandered in and saw her.

"Whoa! I hear drums!" said Renee Knight to herself that night. Knight was the first to join Dennis' group, and she has worked with Ezibu Muntu ever since. "It's a calling," Knight says.

Drums served as a way for Africans, and later for slaves, to communicate, and so the sound of drums, according to Knight, has "a powerful pull. It unites us." Faye Walker, the second charter member of the group, says that her discovery of African dance and culture through Ezibu Muntu completed her life. She grew up during the civil rights era and thought it was "sad that we only knew the slavery story. We need to know what came before." From that need springs Ezibu Muntu's mission: "to enrich the diversity of the community, as well as reintroduce some of the basic African concepts of family and community into society by informing and exhibiting."

Once incorporated as a nonprofit company, Ezibu Muntu began to develop relationships with other African dance organizations and to perform in a wide variety of festivals and venues, among them the Washington-based African Heritage Dancers and Drummers Anniversary Concert, Philadelphia's Odunde Festival, Durham's Kwanzaa Celebration and many more. Over the years, Ezibu Muntu has appeared everywhere from the Richmond Public Library to the Dave Matthews Band video "Stay."

Company Artistic Director Babadunjo Olagunke describes walking into Walker's African dance class at VCU, which she still teaches, while he was trying to decide whether or not to stay in Richmond. "It felt so good to dance," he says, and he learned so much about himself, expanded his artistic outlook so much, that he decided to stay. "Lots of talented people leave [Richmond], but I wanted to stay here. I will forever be in debt to the company."

Fourteen year-old dancer Joi Yancey says that seeing Ezibu Muntu perform at a school assembly inspired her to audition, and that dancing with them now makes her feel happy. Her attitude changed completely after she began dancing, and Knight, her teacher, notes that "she always has a smile on her face." Of teaching, Knight says, "I like to see certain kids with problems get involved with drumming and dance, and show improvement in all aspects of their lives."

The focus on lineage, of passing the African cultural heritage from generation to generation, has kept Ezibu Muntu vital through good and bad times. To keep the fire burning and to invoke both past and future, the group will celebrate its 30th anniversary this weekend with support from the VCU Office of Multicultural Student Affairs and the Office of Alumni Activities. In the midst of reunions, workshops, drumming and dancing, founder Tanya Dennis will return to Richmond to speak at the celebration, and current and former members and students from far and wide are planning to attend.

Though the company has struggled and changed, lost members and gained new ones over the years, "we've hung in there," Walker says. And Knight, still warm from dancing, says, "to be able to do this — it's a blessing from God." S