A new focus at an old standby makes a good impression. 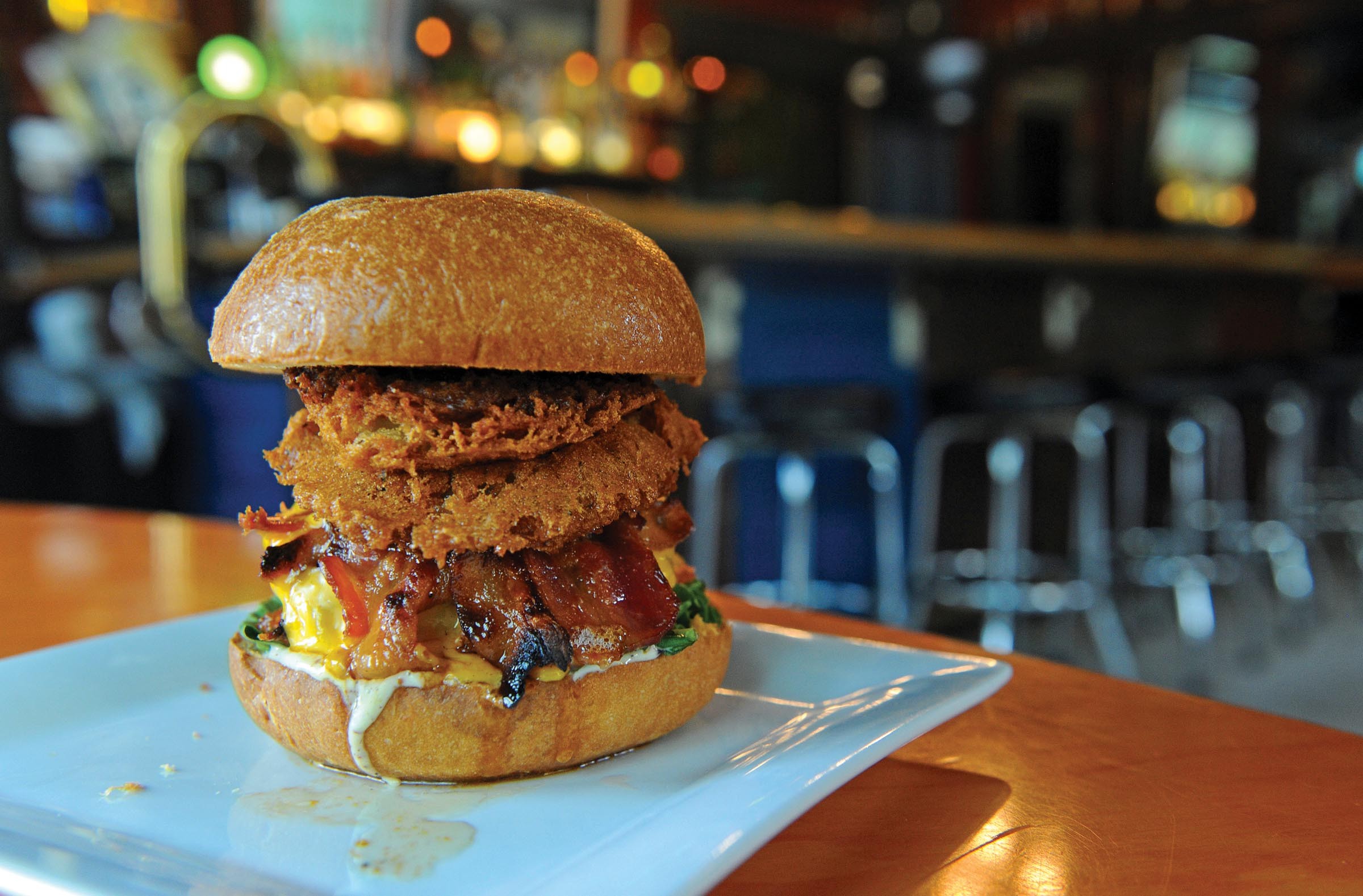 If Cous Cous was a rambunctious college student, its replacement, the Well, is an aspiring adult who shows the maturity that comes with a little more life experience while hanging onto just enough fun from youthful indiscretions.

Gone is the dark, enclosed ambiance — replaced by windows with open shutters, a lighter wood bar and, thankfully, the decision to dump two clunky room dividers that uncomfortably chopped up the room. Booths against the wall and tables in the center fill the room right up to the bar. Up some stairs is a small lounge with couch, chairs, coffee table and juke box, with vintage 45s supplied by Jackson Ward record store Steady Sounds. For some reason, on three visits all I've heard is classic rock — Argent, the Guess Who, Hall and Oates — which most definitely doesn't come from that juke box.

You can't have a restaurant smack in the middle of Virginia Commonwealth University and not have somewhat of a focus on drinking, no matter how grown up. Accordingly, the Well has six drafts ($5-$8) and 10 bottled and canned beer offerings ($2-$6), including gluten-free Omission Pale Ale, Crabbie's Original Alcoholic ginger beer and Beck's nonalcoholic. The cocktail list is 14 strong, all named after staff members' dogs and one duck named Goose. The wine list is limited to two whites, two reds and two sparklings ($6-$9.50), with an additional featured red and white every night. For a trip straight down memory lane, order a glass of Tang ($1) — yes, the same Tang that astronaut John Glenn drank in space. Our table is amazed at how much better it tasted than any of us recall. For a slightly more adult take on space imbibing, try the Apollo ($8), a cocktail of Svedka vodka, Benedictine, Tang and orange bitters.

As part of its well-rounded mission, the menu is just varied enough to allow for bar eating or something a bit more substantial. A scotch egg ($5) will get you started with a thick bacon-and-sausage-crusted, hard-boiled egg over chipotle crème fraîche, but I do wonder if a runnier yolk would be a better choice. A pan-seared oatmeal cake ($7) topped with thick-sliced bacon and honey makes as fine a hangover cure as one could hope for with its filling, sweet and salty contrast. Fried pickle and roasted beet sliders (three for $6) will thrill vegetarians, with coleslaw and barbecue sauce providing a mouth-popping array of summer flavors. The menu labels savory Reuben bread pudding ($5) "a must have," and while the crock is full of Reuben ingredients, it's the simplest one, the mustard, that makes the dish.

Sometimes an adult wants something a bit lighter, and the Well offers a nice array of greens plus protein. The Caesar salad comes with or without anchovies ($5 or $8) and can be embellished with grilled chicken, tempeh, salmon or shrimp ($2-$5). There's a pulled pork salad ($9) and a smoked trout salad ($10), the latter showing a fine contrast between the peppery arugula and the salty smoked trout. A chilled mango and champagne soup ($4/$6) comes across more like a smoothie than soup, but is refreshing nonetheless.

With 10 sandwiches ($8-$12) and only five entrees ($11-$12), the menu states its preference for hand-held food, a vestige of college days, perhaps. A burger and a Reuben of house-made corned beef are your only shots if you want cow. The Henry Bain burger ($9 or $10 with bacon) is a mile-high monster of good eating with an onion ring, lettuce, tomato, American cheese and Henry sauce, long ago created by a Pendennis Club headwaiter, Henry Bain, on a big brioche bun. Roast turkey leg does double duty, appearing as a sandwich ($9) and entree ($12), but the sandwich of pulled turkey with squash stuffing, cranberry sauce and herbed au jus comes on multi-grain bread that just isn't up to the task of containing all these moist ingredients.

On the other hand, fish and chips also play two positions, but the sandwich ($9) with lettuce and tomato on a hoagie is as satisfying as the entree ($12) and both come with steak fries. Pretzel and pimento grilled cheese ($7) sounds more promising than it turns out to be; we find ourselves wishing for some salt on the pretzel roll and frustrated with how every bite forces the pimento filling to squish out. Surely a harder cheese would fare better inside the toothsome and yeasty roll. A side of the vegetable of the day brings crisp and tender broccolini in the freshest-tasting hollandaise sauce, a testament to the kitchen's recent efforts in creating an upcoming brunch menu.

It's tough to beat a $5 dessert, and the Well offers four of them, including an ice cream cookie sandwich that changes daily. A chocolate Guinness cupcake arrives unexpectedly warm, and despite being billed as having Guinness icing, it's more accurately Guinness cream. Not a complaint, merely an observation.

We all have to grow up some time and the Well is likely to appeal to a more adult crowd than the former Cous Cous did. But like the Tang and its more mature cousin, the Apollo, it still knows how to deliver a good time. S