This upscale draft house knows how to satisfy with generous portions of comfort food. 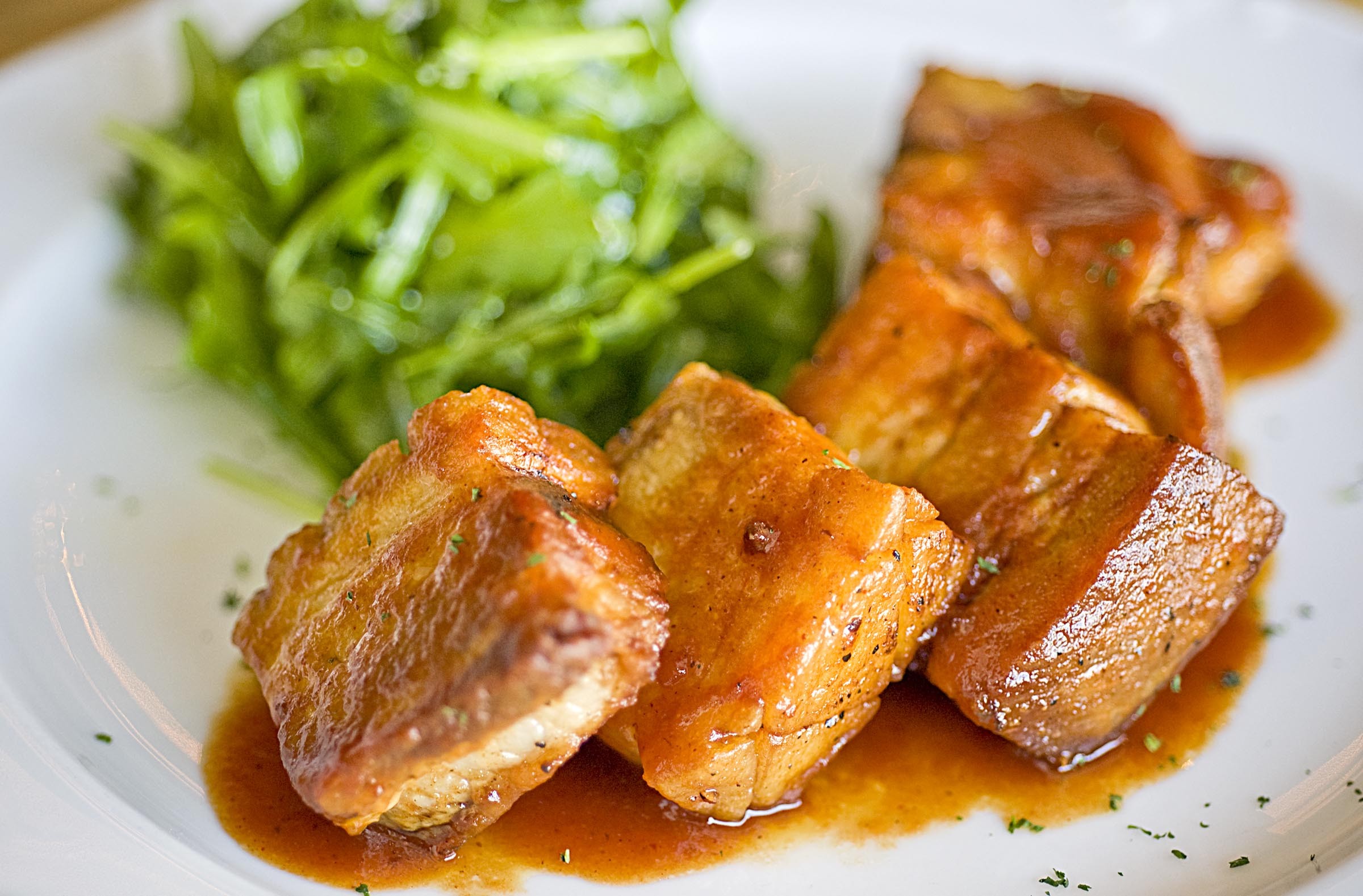 What longtime server hasn't dreamed of opening her own restaurant? But in a food-crazed town like Richmond, finding just the right niche can be challenging.

For Jami Bohdan, the process went something like this: Revamp a closed restaurant with a patio in a prime but not oversaturated location, add a solid chef who's done time in various Richmond kitchens and butchers his own meat, and emphasize the suds, with 24 taps and beer as a recurring ingredient on the menu. Oh, and feature a local farm each month and promote regional ingredients. The result is an upscale draft house — the Savory Grain.

The former Empress spot looks inviting with a new, 12-seat bar and two rooms for dining — including an alcove in the back, which is nice for groups that want to be out of the fray. The music leans toward the safe, mainly classic R&B and adult contemporary rock, which adds a lot to the room's vibrancy until the din of conversation obliterates it.

The ever-changing beer list is extensive with close to half of the selections from Virginia ($5-$9 on tap, $4-$15 a bottle). Surprisingly for the restaurant's explicit local emphasis, the wine list boasts not a single Virginia label, although its well-priced offerings ($6-$8 a glass, $24-$36 a bottle) show some interesting variety, and the happy-hour pricing is among the best in town.

Portion sizes are generous, so sharing is smart. Even roasted red pepper soup with crab ($5), the soup du jour, is so decadently creamy and well-laced with crabmeat that a crock satisfies two for a starter. A smoked Gouda dip with andouille ($8) from the featured farm, Logan's Sausage, uses Legend Brown Ale and green onions for an incredibly rich spread for flatbread. Crisp pork belly ($9) tossed in a brown ale barbecue sauce over baby arugula is three large slabs of prime meat with a perfect ratio of fat to lean. Grilled prawns with apple-pear chutney ($9) boast no beer and seem a little bland, even with the chutney. Slow-roasted shredded pork in a sweet chili sauce ($8) comes on three little Hawaiian sweet rolls with just enough fresh cilantro to cut the sweetness. Cherrystone clams baked with bacon, Tillamook sharp cheddar and green onions ($8) get mixed reactions, with some finding the cheese and clams less than complementary.

If large appetizers aren't your thing, the Savory Grain offers some appealing salads. Candy-striped beets, Granny Smith apples, roasted walnuts and goat cheese over baby arugula ($8.50) get a nice kick from Bold Rock hard cider vinaigrette. A salad of grilled baby romaine with dried figs, slivered almonds, tempura onion straws and blue cheese crumbles ($8.50) is topped with a sweet onion and shallot vinaigrette that pulls all the flavors together.

Entree portions guarantee a very full belly or a to-go box. Cavatappi with grilled prawns, littleneck clams, roasted artichokes, capers and tomatoes in a lemon-garlic-butter sauce ($15) comes with three large prawns and a dozen clams, although it's a tad heavy on the capers for people averse to salt. When I ask our server to help me decide between the house-cut, bone-in pork chop ($16) and Murphy's meatloaf ($15), she swoons and says, "That meatloaf is a slice of heaven on a plate." Unable to resist that recommendation, I order the meatloaf, which is wrapped in bacon, topped with a tomato-bourbon glaze and served with bacon Gorgonzola mashed potatoes and butter beans. My plate arrives with two large slabs of meatloaf, meaning way more heaven than I could possibly finish, and with the butter beans also studded with bits of bacon. I have an entree of bacon three ways, so no complaints here.

Desserts change often, and while they're nothing you can't find elsewhere, so far the execution has been stellar. When no chocolate choice is mentioned, we inquire, and our server says she'll check with the kitchen because she thinks a cake was being made earlier. She returns to say it's just been iced. The enormous slice of chocolate cake tastes like something freshly made by your grandmother — nothing fancy, but a moist crumb with a not overly sweet frosting. On a third visit, we're offered house-made mint chocolate-chip ice cream, which arrives soft enough to appreciate the tiny pieces of fresh-chopped mint and bits of chocolate.

The Savory Grain's staff seems eager to please even while it's adjusting to fuller rooms. The combination of a welcoming space and central location with well-priced food and drink exemplify how using just the right recipe can quickly yield satisfying results. S