Serving up food a baby could love. 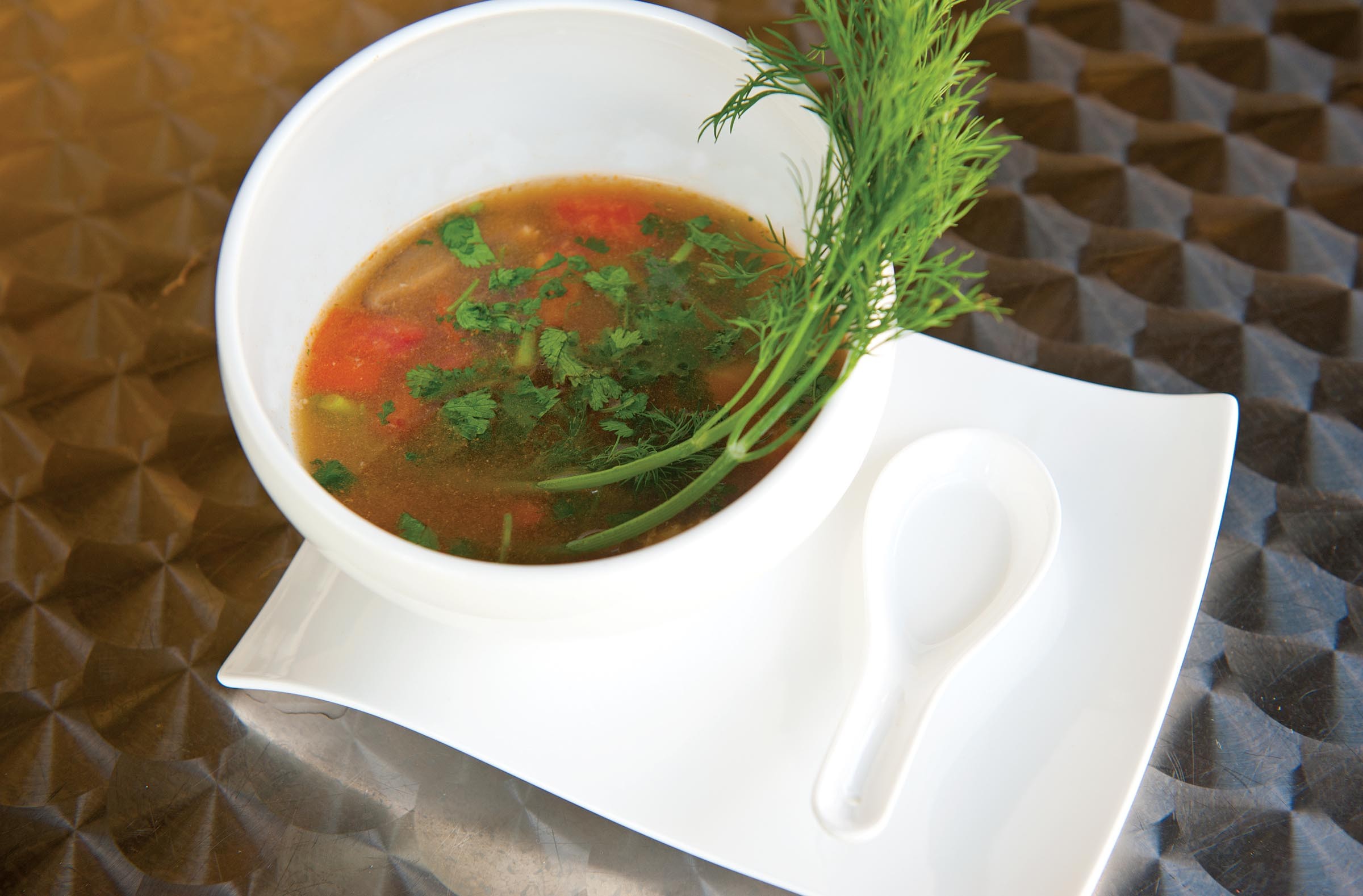 A few reasons to try Miso Asian Grill: Lunch box specials cost less than $10. It's close if you work near Innsbrook. Dining on the patio overlooking a maze of parking lot entrances and exits offers privacy, if no people watching.

A six-seat bar softens an odd mix of last year's R&B hits. Throw in a couple of sake martinis, and the wall-facing cocktail lounge could be a set for a Ciroc vodka commercial. A sushi bar shares the floor with spacious booths, and the dining room's black and red decor radiates the inoffensive elegance of an upscale hair salon. Customers seem to have been lured in by online restaurant deals, not fashion.

Then there's the menu — a rambling, laminated, multi-page effort that reads like a deck of flashcards instead of a thoughtful combination of Japanese, Chinese, Thai and Indian dishes. More difficult to accept than the menu is the food itself, which is to Pan-Asian cuisine what mall food courts are to Pan-American eats. Both cater to universal baby taste.

Baby taste, a term coined by wine importer Terry Theise to describe manipulated wine with mass appeal, is the same worldwide. Children prefer sweeter food, fruity aromas and soft textures. Baby taste is why American children slather ketchup on their food and Swedish ones use jelly. Palate preferences are determined by birthplace and familial eating habits, and though the flavors of childhood linger, adults tend to tire of cloying food after a couple of bites.

With a menu this large, soft-core Asian is a safe bet. No one will send anything back. Diners will either enjoy the one-dimensional versions of the sauces and curries, or they won't return.

Filet mignon lettuce wrap ($8) includes tenderloin diced to the size of rice kernels, towering shells of iceberg lettuce and bottled hoisin sauce. Basil fried rice with beef ($11) tastes of spent cooking oil. The pineapple described on the menu is missing from the dish because I ask how sweet versus spicy the dinner will be. In an effort to please, the chef leaves the fruit out. Our waiter explains this while he accepts a call on his cell phone.

One mistake in which I have no part is our dragon roll ($9), which we receive instead of the eel hand roll we ordered. Drowned in sauce and blanketed with avocado slices, it makes supermarket sushi seem gourmet. The creative sushi rolls on the menu also disappoint. The Hawaii roll ($9) is more coconut macaroon than coconut shrimp. The Virginia roll ($12) is stuffed with tuna, salmon and crab fillings that look masticated, as if prepared for a baby bird.

What's remarkable about the tom yum soup ($5) is the warm bowl in which it's served. Bells of uncooked peppers too big for the spoon float in broth lacking the Thai layering of flavors — salty, spicy, sour, sweet and bitter — that I hope for, instead veering sweet and crashing sour. Oily green curry chicken ($11) arrives separately from my friend's white tuna sashimi ($5), a partially frozen cut of fish sliced so thickly it reminds me of a core sample.