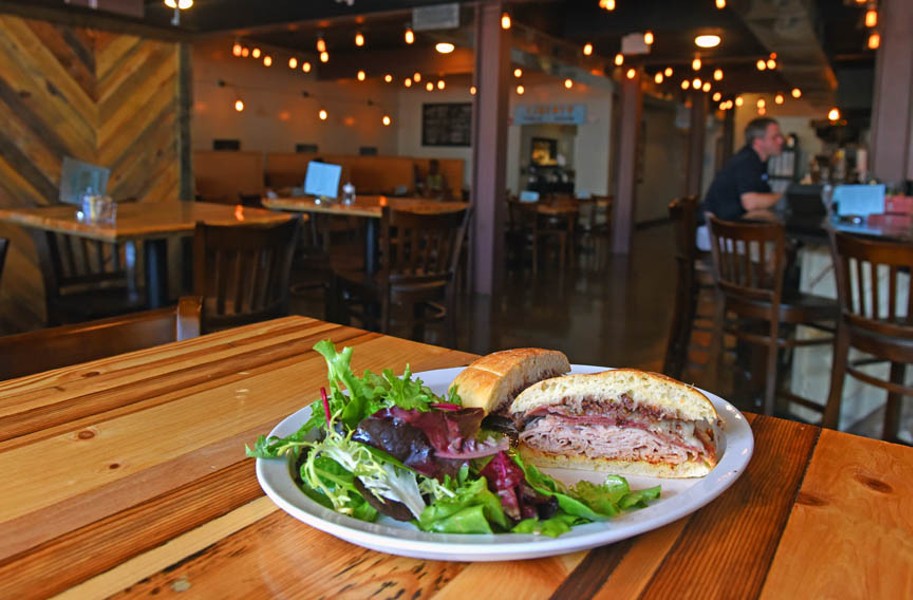 Scott Elmquist The latest from the owners of the Mill on MacArthur, dubbed Liberty Public House in an online contest, retains the neighborhood vibe of its North Side sibling. Here, the the zeppelin combines Virginia ham and smoked turkey with Spain’s Manchego cheese.

The three restaurant owners behind the bustling Mill on MacArthur have taken their family-friendly concept to what seems like the center of Richmond’s dining universe.

Back in 2011, Amy Foxworthy, Chip Zimmerman and Josh Carlton recognized a hole in the city’s relatively underserved North Side area. While it took some time to find its niche, the Mill now is firmly ensconced as a neighborhood institution on MacArthur Avenue’s slightly run-down retail strip. Serving food that’s a step up from classic diner fare, with abundant options for vegans, vegetarians and gluten-free diners, it’s a magnet for just about everyone in the surrounding area.

In a clear effort to replicate essential neighborhood status, its cousin in church Hill, Liberty Public House, started life with a competition to choose a name. More than a thousand submissions from the public later, the liberty theme stood out — a nod to Patrick Henry’s famous speech, delivered a few blocks away at St. John’s Church. The restaurant building, the former East End Theater, itself has been an indispensible architectural landmark in the neighborhood, even while vacant for more than three decades. 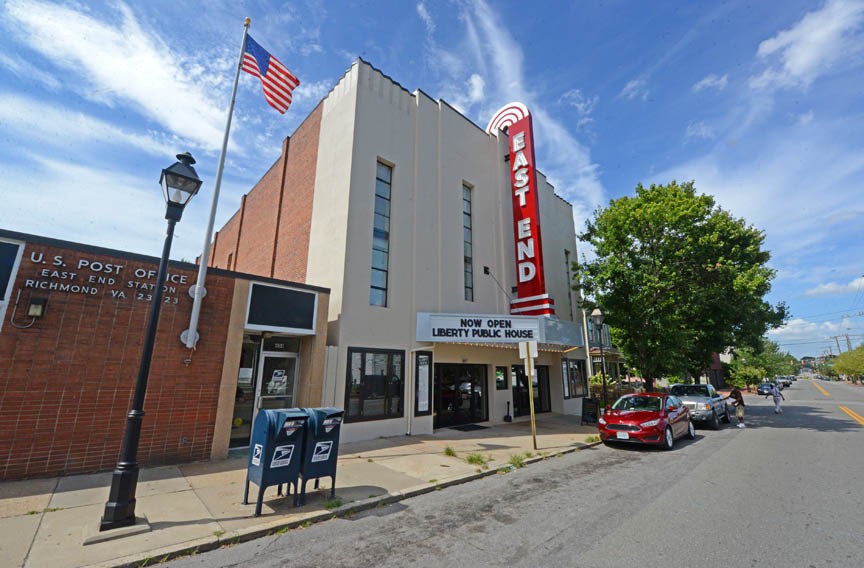 Descending a few steps, you enter a sparsely decorated space with concrete floors, old-style filament light bulbs, wooden booths, tables and a 12-seat bar tucked away on the right. The old theater’s sign on the outside and popcorn on the menu are the only reminders of the building’s previous incarnation, with a ceiling surprisingly low for such a formerly roomy space.

If you’ve been to the Mill, you’ll find the menu at Liberty Public House similar — although you won’t see the same dishes. But the style and approach demonstrate the family relationship: home-style, American, approachable, whatever words conjure Virginia staples such as mac ’n’ cheese ($7), crab cakes ($16), burgers ($10), fries and a chef salad with Virginia ham ($10).

Most are solid, if unremarkable takes on classics, but a few missteps keep my expectations low. One example, the parmigiana sandwich ($9), comes with thick-sliced eggplant that needs more cooking time to soften it up, but because every other element is perfect — from the bread to the marinara to the fresh mozzarella — I give the kitchen a second chance.

Look more closely, though, and there’s a creative streak that brings zest to a menu that threatens to be constrained to the uninventive. Chili and grits ($10) pair cheddar grits with a black bean and sweet potato chili and are accompanied by a hefty slice of cornbread topped by a thin crispy crust that perfectly balances sweet and savory notes.

Or try the zeppelin ($10), a sandwich combining salty Virginia ham with smoked turkey and nutty Manchego cheese, topped with a pungent olive tapenade — vegetarians can swap the meat for roasted vegetables. These aren’t award-winning creations, but they push classic American fare a step or two beyond the traditional.

Sticking with tradition, that great Richmond custom, weekend brunch, is given the respect it deserves. A classic breakfast sandwich ($5) with egg, cheddar and your choice of real or fake meat doesn’t suffer with the substitution of a gluten-free biscuit ($1). The country fried chicken and biscuit ($9) sports a juicy and tender chicken breast, though the white country gravy could use more pepper to punch up this rich dish. If you seek classic, gut-busting American hangover cures, you can find them here.

Or if you prefer hair of the dog, the bar boasts six wines on tap, a rotating selection of craft brews — because you must these days — and a handful of craft cocktails. Liberty palpably aches to be the perfect place to sit on a barstool eating casual American fare, drinking a local brew and chatting with neighbors.

The challenge is that, unlike its North Side cousin, Church Hill isn’t desperate for dining choices. Looking for casual neighborhood pub fare? Options include the Hill Café or Patrick Henry’s Pub & Grille. Prefer gourmet takeout? There’s Stroops Heroic Dogs, Proper Pie Co. or the Dog and Pig Show. Fancy pushing the culinary envelope? You can choose from award-winners Dutch and Co. or the Roosevelt, within walking distance of each other.

Time will tell if this new spot’s approachable neighborhood formula will catch on in Church Hill and stand out, or if Liberty Public House will need to step up its game to attract and retain a crowd. S