Refreshing competence and heavenly cannoli in the Museum District. 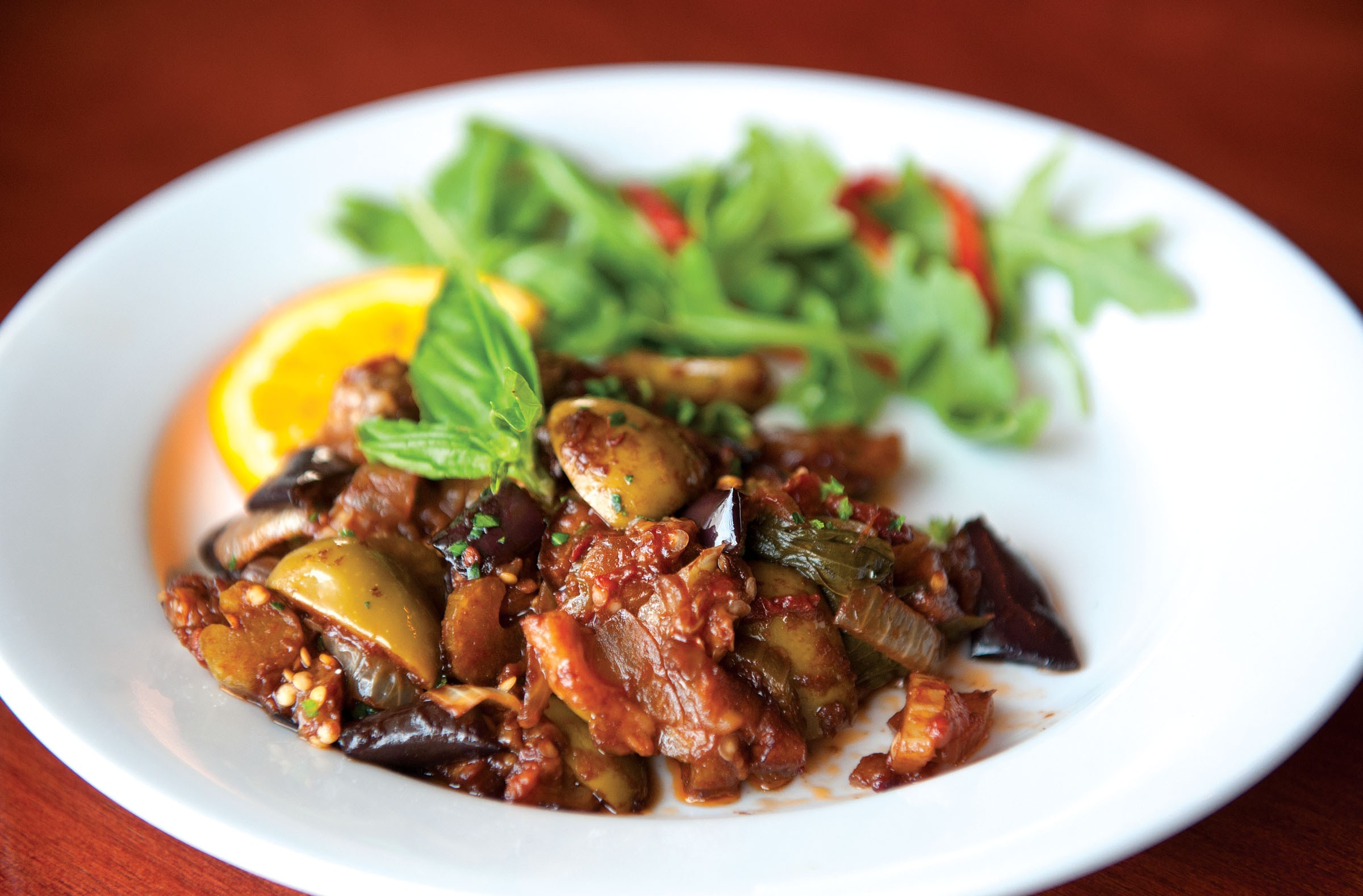 Richmonders love their Italian food, flocking to standard bearers Mamma ’Zu and Edo’s Squid as well as newcomers such as Sapori. Stepping into this crowded landscape is chef Giuseppe Scafidi, formerly of Stuzzi and Bella Luna, among others, who’s bringing Sicilian classics to the Devil’s Triangle in the Museum District.

Deco takes a tiny space and invites guests into an attractive, full-service, sit-down restaurant and bar. Scafidi draws inspiration from the art deco tradition to great effect. The space has a modern feeling, with well-placed ornamental accents and curves softening the boxiness of the restaurant’s rectangular footprint. The various hues of red and brown evoke the Sicilian landscape and the colors of the food. Naming the restaurant after an artistic style is a bold but appropriate choice that highlights the success of the interior space.

Of course, few of us visit a restaurant for its interior design if the food doesn’t impress. Fortunately, Deco’s food is up to the task. Scafidi and his team successfully produce Sicilian classics. Sicilian food is primarily Italian in influence, but with inspiration from Arab and other Mediterranean cultures, mirroring the history of Sicily’s people. The servers are consistently enthusiastic and helpful guides to the large menu.

Deco’s menu is divided into four sections: Sicilian street food, antipastini, primi piatti — literally, first plates and, in good Italian tradition, consisting of pastas — and secondi piatti, or second plates of fish and meat. A very satisfying meal could be made from the street food and antipasti, where I found some of my favorite dishes. The polpettine ($5) are meatballs seasoned with currants and pine nuts, which provide a sweet and nutty punch to complement and lighten the meat flavor. Also worth trying are the panelle ($4), or chickpea fritters, which are made from chickpea flour and resemble flaky, savory pastries.

My absolute favorite dish is the caponata siciliana ($7). A simple but elegant elevation of the more familiar Italian eggplant dish, Deco’s version uses capers, olives and a touch of sweet balsamic vinegar to make this street food truly memorable. Among the antipastini, the insalata finocchi ($8) stands out. It’s a light and fresh salad consisting of delicate shaved fennel, pungent olives and tangy citrus vinaigrette. Other antipasti include fried foods (eggplant parmigiana and mozzarella), seafood (mussels, clams and calamari) and various salads and cured meats.

The pastas include simple options — traditional meat sauce or marinara — and some less familiar choices, such as pasta chi sardi ($16), pasta with sardines. The noodles are imported from Sicily and more substantial than grocery store standards, while the sardines are fresh, not canned, and complemented by pine nuts, currants and a few tomatoes. The pasta carbonara ($14) is a worthy take on a familiar classic where the simplicity of quality ingredients really shines, though it could use a touch more salt. Be sure to check out the risotto of the day, which on one visit was a delicious almond pesto with shrimp.

The secondi piatti are mostly chicken and veal options, along with a seafood soup and fish of the day. The involtini di vitello alla siciliana ($19) consists of veal pounded flat, rolled and stuffed with bread crumbs, pine nuts and currants. The only misstep of any of my visits occurred with this dish, and it was minor: One piece of veal was tough. It’s surprising not because restaurants don’t make mistakes, but because it reminds me of how few mistakes Deco’s staff is making. The consistent quality sets Deco apart from many Richmond restaurants.

Stop eating before you’re too full for dessert (all $7). Deco’s version of tiramisu delivers with wonderful custard and the familiar flavor combinations. The cannoli, however, is truly outstanding. I haven’t had one as good outside Italy or Boston’s North End. Hints of cinnamon infuse the mascarpone cream, which is inside a perfectly baked, crunchy pastry crust. The wait staff suggests that the sorbets are good, but I can’t get away from the cannoli.

Deco presents classic, simple flavors that aren’t flashy or trendy. They’re time-honored recipes that are well executed and make you feel as if you’ve just been transported to the Sicilian countryside. Combined with its thoughtful décor and competent staff, Deco should become a Richmond dining staple.