Tequila is the star at this canal-side newbie. 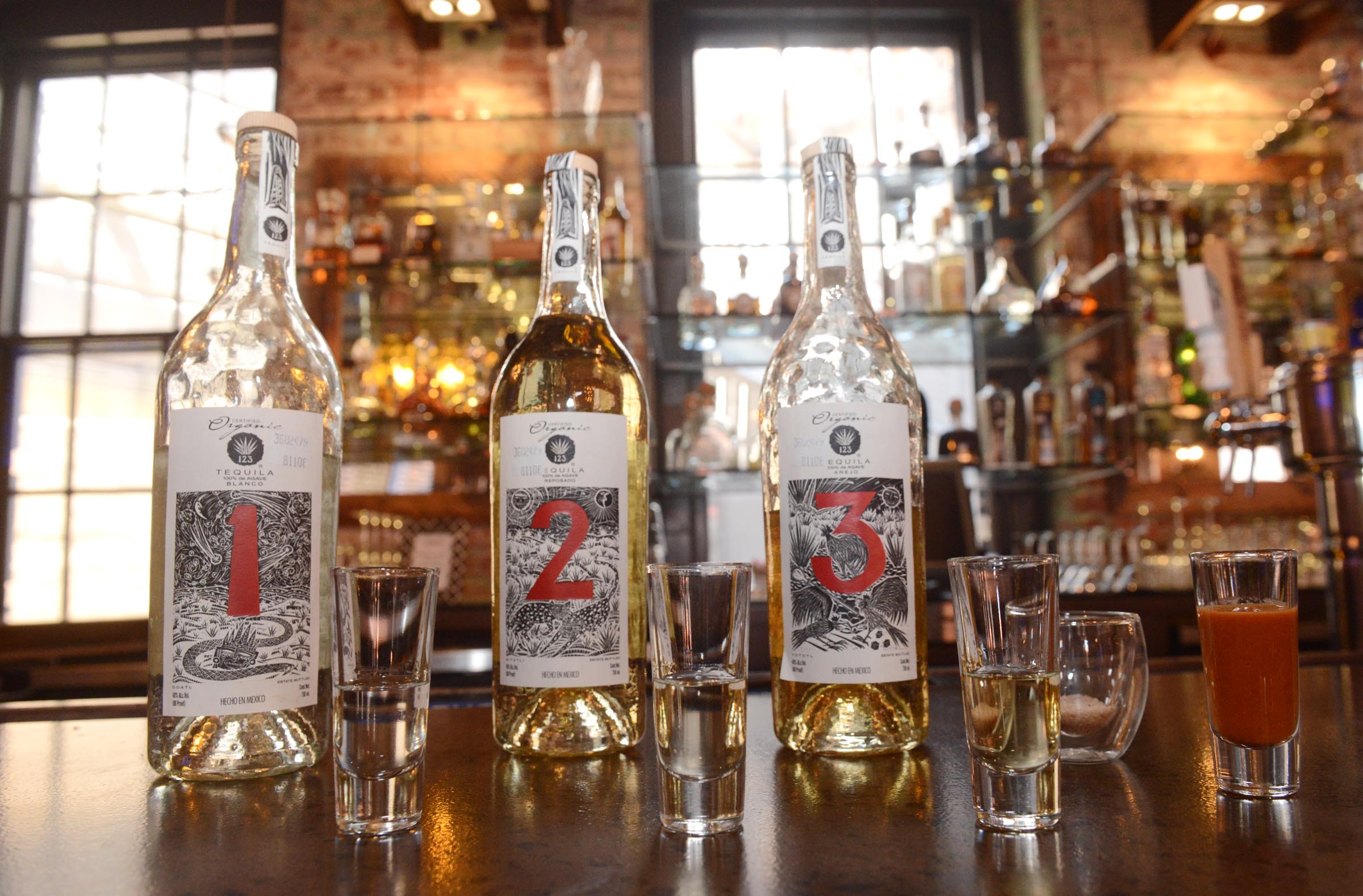 It probably isn't a stretch to say that more visitors than locals spend time on the Canal Walk, strolling to read historical signs or riding boats. But the accessible area of the canal just isn't that long.

Once visitors have finished their sightseeing, it's only a few steps to Casa del Barco, a large and inviting tequila bar with higher-end Mexican food and seating on the canal. The bigger question is whether locals will be drawn to it.

The reference to Casa del Barco as a tequila bar with food is no accident. After three meals, I'm unconvinced that getting people to eat here is a priority. Bacon and tomato guacamole ($10) is nicely chunky but overly salty. When I order queso dip ($8), my server warns me that it's thick, but what he means is that it coagulates within a minute of arriving and must be chiseled out of the crock to eat. Veracruzano seviche ($9) gets some good heat with jalapeños but again is too salty. Empanadas of habanero camarones ($8) suffer from a thick, tasteless dough. Duck tacos ($8) are overflowing with slow-roasted but bland duck meat, while fish tacos ($9.50) taste old. But chorizo tacos ($7) are right on the money, spicy and with just enough heat. Likewise, posole ($8) — a pork and hominy stew — is spot-on and chock full of pork, getting my vote as well as that of the Mexican-born woman from Atlanta sitting next to me.

If the prices seem high for Mexican food, consider visiting during the generous happy hour from 3-7 p.m., when tacos and empanadas are half price, along with beer, wine and margarita specials. Or consider exploring the intricacies of the extensive tequila menu, with almost a hundred choices plus flights, to expedite the tequila learning curve.

True tequila comes from the blue agave plant, grown in the Mexican state of Jalisco and four other states in the Sierra Madre. If your only tequila experience is shots, you may not know that tequila ranges in color from clear to golden brown, tasting smoother with aging.

Blanco, also called silver, is clear and bottled straight from the distillery with no aging, and is considered the purest form of tequila. Reposado tequila is aged in oak casks for several months. Añejo is aged for more than a year in smaller barrels, and extra añejo is the oldest, aged for more than three years. To enhance the flavor, some tequilas are aged in barrels that previously held wine, scotch or whiskey.

If you're new to tequila, the smart way to start is with one of the bar's flights so you can determine which of the three ages — blanco, reposado or añejo — is most to your taste. The 123 organic flight ($18) is a good place to begin; the blanco is smooth and hints of lemon peel, the reposado has more of a spicy, vanilla profile, and the añejo is even deeper tasting with hints of salted caramel and chocolate. There are four flights on the menu, ranging from $18 to $29. Each comes with a sangrita (meaning "little blood"), a nonalcoholic chaser of tomato juice, Tabasco, orange juice, fresh lime juice, salt and horseradish, intended to cleanse the palate between tequilas.

For devoted tequila fans, the challenge will be deciding where to begin on the far-ranging menu. Casa Noble blanco ($11) is mellow with a taste of fresh pepper and little heat and gets a thumbs-up from the bartender when I order it. True fans consider blanco the most authentic way to taste tequila. Partida reposado ($15) is listed as the Bentley of tequilas, and with its hazelnut nose, it's an indulgent sipping tequila. El Mayor añejo ($11) is equally good for beginners and pros because its smooth, lingering finish warms rather than burns.

Despite a huge staff, I encounter servers with minimal hospitality skills, long waits for service and varying levels of tequila knowledge, so ask around if you want guidance. If you order your tequila neat or on the rocks, you'll end up paying a $1 surcharge and they'll pour you an extra half-ounce. But with tequilas ranging from $6-$39 (and $25-$85 for extra añejo), it probably isn't worth it.

Visitors aside, the best way for locals to enjoy Casa del Barco may be through the biggest tequila menu in town and a few well-chosen plates. The charming patio on the canal is just the place to do it. S