Food Review: At its new location, Sally Bell's Kitchen loses nothing in translation. 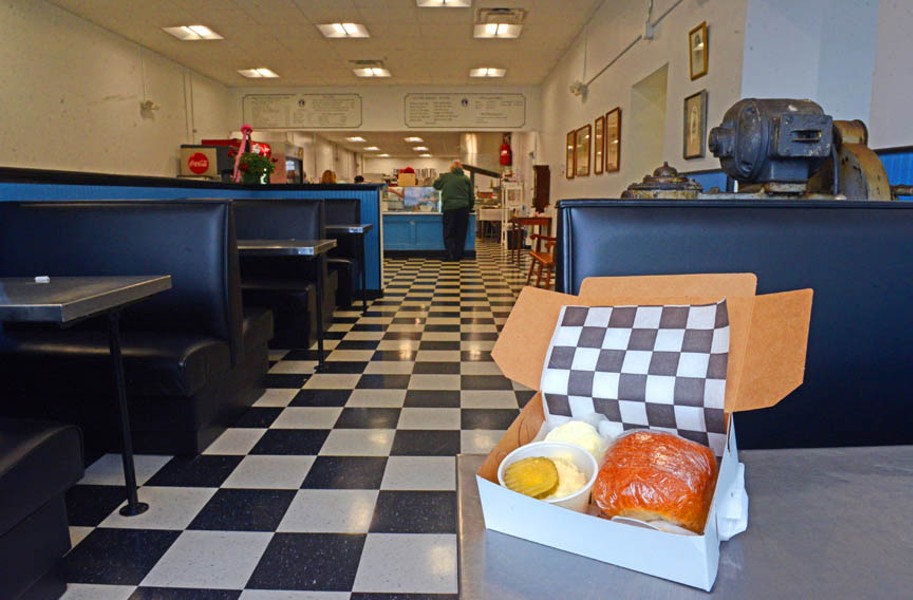 Scott Elmquist Sally Bell’s Kitchen may have moved from its longtime home to West Broad Street, but the food remains the same and the new spot is an improvement even change-adverse Richmonders will love.

Easily the most astounding thing I discover over three visits to Sally Bell's Kitchen is that I know a longtime resident who'd never even heard of the Richmond institution.

That's in spite of the venerated Southern Foodways Alliance honoring Sally Bell's as part of the diverse food culture of the American South. Despite Saveur magazine's including the place in its Top 100 in 2014. And let's not even dwell on the James Beard Foundation's America's Classics award or The New York Times article in 2000 that proclaimed it the only place worth getting off Interstate 95 between Manhattan and Charleston, South Carolina.

For the uninitiated — because apparently they do exist — the family-owned Sally Bell's Kitchen first put down roots at 701 W. Grace St. in 1926 before moving across the street a decade later to the understated building at 708 W. Grace St. In either a nod to the past or an indication of how busy they've been since moving to a third set of new digs at 2337 W. Broad St. near Davis, receipts still bear the previous Grace Street address.

Where the former location was beloved but dark and cramped, the new one is expansive and light-filled, overlooking the bustle of Broad Street and bus line construction. The new Sally Bell's boasts a parking lot, although I've yet to have any problem finding a space on the street directly out front.

A blue bulletin board and the familiar checkered floors provide a cheery note while booths, tables and a drink station invite customers to eat inside rather than carrying boxed lunches elsewhere. A behemoth of a floor-model mixer sits idle, but attests to its past as a workhorse.

Traditionalists will want to specify string on boxed lunches because that is another thing that's evolved — guests no longer are asked if they prefer string or tape. You'll automatically get tape unless you request otherwise, despite local custom dictating that nothing but string will do — it's part of the Sally Bell's mystique.

Longtime fans will find all their childhood favorites still fixed firmly on the menu. I watch a woman rush in at 3:30 p.m. to order a cream cheese and olive sandwich, the fear that they'd run out for the day written all over her face. Also in place are the signature upside-down cupcakes, frosted on all sides but the bottom. In the benighted rest of the world, that's the top.

No small part of the Sally Bell's cult is owing to its legendary potato salad that tastes of pickle juice and homemade mayonnaise, as well as the chicken salad, both available by the pound. Fanatics will remind you that the cheese wafer and half a creamy deviled egg that are standard issue in box lunches ($8.98) are just as integral to the lunch experience. For reasons no native Richmonder can explain, bag lunches ($7.49) also are available, but without these two key elements: Why bother?

As noted in a 1987 Richmond News Leader article framed on the wall — back when box lunches cost $3.80 — the classic chicken salad once came on a beaten biscuit. It now arrives on a roll as soft as a sigh. Southern staple pimento cheese is slathered on white bread, its bright orange color making all the more contrast, while turkey, with an option of regular or low-calorie mayonnaise, arrives on wheat bread. Back in the '80s, the article notes, crusts were trimmed on sandwiches served on bread, just like Mom might have done. Mom's too busy now.

Potato salad isn't the only noteworthy side, because there's also piquant red- and green-pepper-flecked macaroni and cheese, a fruit cup composed of melon, grapes and pineapple, or, if you want to roll truly old-school, tomato aspic. Back in 1987, Sally Bell's offered three types of aspic — tomato, fruit or vegetable. But modern palates have curtailed the offerings and only this classic throwback remains.

Sandwich choices hew to Southern and deli standards such as Smithfield Ham or egg salad, but there's no better flashback flavor than a corned beef spread reminiscent of the ham salad that bridge-playing ladies used to serve up between card games. Creamy, yes, but with the full-bodied punch of corned beef bits throughout, it's a definitive and delicious Sally Bell mouthful.

Everything's made by hand here and that takes time. The staff is as vintage as the floor mixer, so service tends toward a slower pace. But if you're going to Sally Bell's, you shouldn't be in a hurry anyway. This is food from a kinder, gentler era, when life — and lunch — wasn't rushed. S