With help from an Orlando talent search, a Hanover teen breaks into the booming Christian music market. 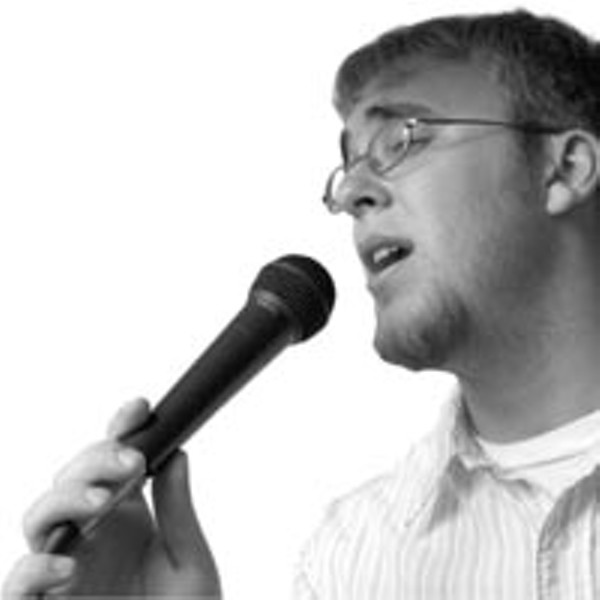 Relaxing in the atticlike music studio of his parent's home amid music equipment, CDs, awards and posters (of such musicians as Christian music star Michael W. Smith and Southern gospel group The Martins), Corbin says he's still riding the high that comes with a first release. "It's always been a dream to record an album," he says.

Corbin says his interest in music dates back to his preschool days when he sang his first a cappella solo — Corbin was the featured act for the school's kindergarten graduation. Since that performance, he's sung with his church's youth choir and praise team; Patrick Henry's show choir, Soundsations; and at various venues along the mid-Atlantic. His favorite performances, he says, are staged at local sporting events where he sings the national anthem. "I like it because it shows my vocal ability," he says — "my low notes and my high notes."

Corbin's mom, Ann Gammon, remembers how her son would record a song on the family's computer and listen to the playback over and over. "He was singing and then critiquing what he had done," she says, noting that's when she realized he was serious about music.

Gammon could understand her son's passion. When she was younger, she and her brothers performed in a family singing group, The Colliers. "Ryan has been around music all his life," she says.

"He had to conduct a telephone interview with his mother present," Gammon says, shooting a sly smile toward her son. "That's when I first found out about it. He told me that [he really wanted to do this.] I wasn't surprised."

In Orlando, Corbin auditioned in front of hundreds of representatives from the music industry. He admits he was nervous at first. "But when my foot steps onstage, the nerves go away," he says. "I feel at home onstage. It's like I am supposed to be there."

After the auditions, Corbin received a callback from Capital Management out of Nashville. The company forwarded his demo to HMG Promotions, which asked Corbin to go to Nashville and record the single "In the Light." The song was sent to 1,000 radio stations, debuting at 92 on the Christian country music chart and topping out at 64 in September.

The next month, Corbin returned to Nashville to record five more songs written by the same Nashville songwriter who wrote "In the Light." A few weeks later, he attended the Christian Country Music Association Convention, where he had the chance to showcase his music before record producers like Moody.

Moody, whose independent record label has garnered Grammy and Dove nominations (for gospel and Christian music), says Corbin is "building a grassroots following" for his music. However, Moody hopes to inch Corbin away from country and closer to the booming contemporary Christian market. "That market is huge and growing," he says. "It brings in $1 billion annually. That's where Ryan needs to be."

Gospel-music promoter Karen Farmer is helping Corbin realize his dreams of stardom by booking dates for him. She first heard the teen sing on local country station WXGI-AM 950. "Ryan is a very mature young man, and even though he is fairly new in the business, his professionalism already shows," she says. "He has the commitment and the God-given talents. His energy and excitement carries through to his audience."

Farmer is impressed with what Corbin has already been able to accomplish. "I know he is going to go far in the music business," she says. "He has an exceptional vocal ability."

This month, the title song from Corbin's CD, "All of the Above," will be released to radio stations. It will be available on Amazon.com, iTunes and Napster, and in all the Heaven & Earth bookstores in Virginia, as well as in select markets. In September, Corbin plans to travel to Louisville, where his music will be showcased at the National Quartet Convention.

"Ryan's a great kid," Moody says. "He seems to really have a desire and the heart to work at this."

For Ryan, it's been a journey that he's happy to continue. As a rising senior, he's been looking into colleges, but according to his mom, if his career takes off, Corbin may put that on hold. "I hope it never stops," he says. "The Lord gave me my talent. I think I should use it for him." S