The departing planning director looks back. 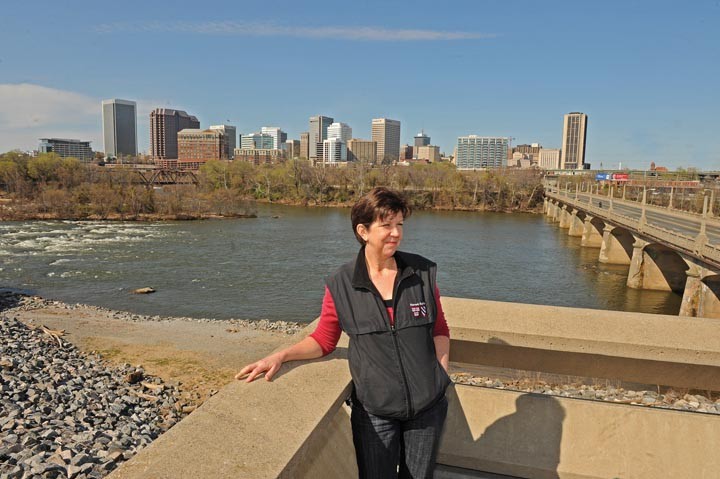 Rachel Flynn watched people. She noticed the family scurrying like rabbits across too-wide Ninth Street downtown. She noticed sweating shoppers vainly seeking shade in Carytown. And she wanted to do something about it

Flynn listened to people. The first big thing she did after being hired by Mayor L. Douglas Wilder as community development director in 2006 was invite the public to help shape a master plan that focused on the principles of new urbanism.

Flynn also rubbed people the wrong way. In 2009 her adamant opposition to Echo Harbour, a proposed riverfront condo development, had some City Council members calling for her resignation. One of Flynn's staff members filed a lawsuit against her last year that alleged, in part, that Flynn had called him an "idiot" in front of co-workers. That suit was dropped.

For her part, Flynn often expressed frustration with Richmond's ponderous pace and old-school approach toward planning. Now, after five years on the job, she's preparing to leave Richmond for a consulting job in Abu Dhabi, a coastal city in the United Arab Emirates. Style Weekly spoke with Flynn in her bright Manchester loft last week, surrounded by half-packed books and art, to take a look back — and forward.

Style: We reported that you'd be with the city through the end of April. But here you are — so what happened?

Flynn: I think the administration just thought it would be better if they made the separation sooner than later. It was really their call. And you know, I respect that. Don't agree with it. But that was their call.

Some Richmonders are asking what will happen to city planning if you're not there. What do you say?

I think people just need to keep speaking up. ... If they don't want the road widened, tell your council members. And don't take no for an answer, you know? This is your city. And just have at it. Don't feel bad because you keep speaking up. That's what our country's about.

Make the riverfront happen. I think that once the plan is done, what will happen, I hope ... was to come up with early wins. Some low-hanging fruit. Like you could do this little project, to show that the plan wasn't done just for plan's sake. That this thing is really going to get implemented.

What does Richmond look like in your worst nightmares?

I think if we just keep widening these roads, to tell you the truth. It's just so unnecessary. Such a waste of public funds. Where's the tea party when you need them [laughs]? Talk about waste in government. We're about to spend $40 million to widen three sections of road in Richmond, that in my view don't need widening. There's no traffic problems. There's no congestion. Accident rates are low. So why are we doing it? Because it's on a map.

We're not a victim of our own decisions. You can go back. Some people said "Oop, too late. This was decided years ago." So what? It's on paper. That's why you have paper.

Are there any idiots left in City Hall?

[Laughs.] Staff is great. People are wonderful, and you know, again, you're not going to agree with everyone. I really appreciated all that they did.

Who's happiest that you're leaving?

I don't know. It's a toss-up between [City Councilman] Bruce Tyler and [Echo Harbour developer] George Ross, I guess. Although, you know, I'm friendly with both of them. If I see them at a party, we all chat. No hard feelings.

Tell me about what happened with Echo Harbour, when City Council accused you of refusing to compromise with the developers.

When we were doing the master plan, what we heard from the citizens was that they really wanted to see a park at that location [on the waterfront below Libby Hill]. And they felt pretty strongly about that. We didn't hear anybody say — except the developers, the owners of the site, the architects, basically people who had a financial stake in it — that a building should go there.

It's just not a good site for a building. It's in a flood plain, and it would block the views of the river from the street, as well as from up on Libby Hill, where you have the historic view. So we showed it as public space, as a park. And then showed other options where you could build buildings in the area that weren't so tall, weren't so big.

So then the Planning Commission said, "You need to go back and show buildings there, as a compromise." So we went back ... and we thought that rather than two really long massive buildings, break it down into three smaller buildings ... four to six stories high.

So then they came back and said "No, that's not enough, go back again." So we went back again, and compromised the second time. ... Then we had a meeting where we presented that, and that's when [Planning Commission Chairman] Rodney Poole said, "You need to go back and compromise again, a third time."

And that's when I said, "No, we don't agree that that should be done. We've gone over this and over this with the developers. We know they want two very tall towers there. We simply don't agree. We don't think that's good planning. We don't think it's right for that location. And we're not going to go back and negotiate that, because in good conscience, it's just not right for the city. ..."

I said, "You can do that. That's your right, as planning commissioners. That's why you're on the Planning Commission. When it comes before you, you can say, 'We want it to be taller.'" And at the end of the day, they didn't change it, which is interesting. And then it went to council.

Did you ever speak with any of the council members who criticized you after that incident?

Mmm. The ones who called me and wanted to talk about it. I don't remember Bruce Tyler calling me about it. Or Doug Conner. I'm sure I spoke to Ellen Robertson and Kathy Graziano and others who would typically ask for more detail.

Did your job get more difficult after that?

It's not an easy job, but that's OK. Most jobs with that responsibility aren't easy, but they're worth it. S