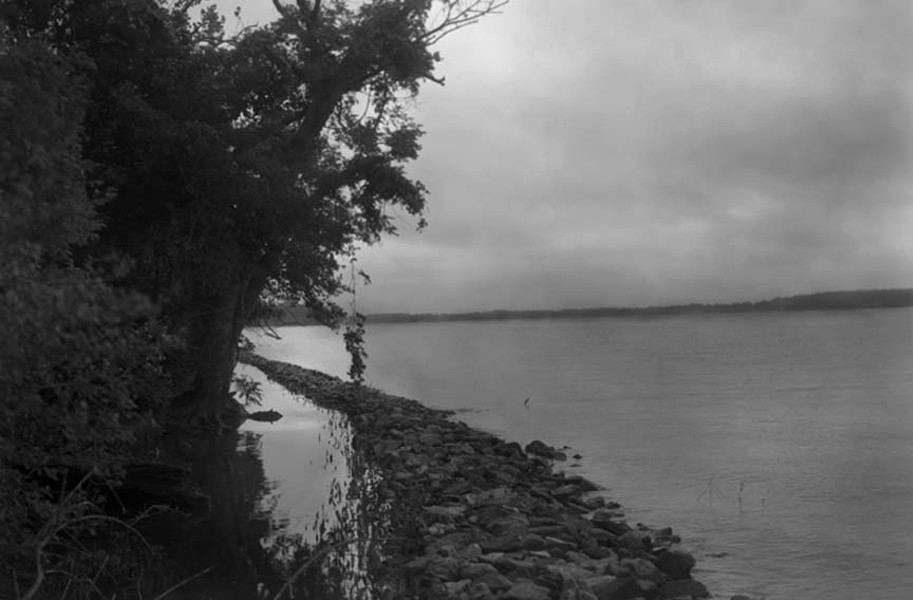 When reading Sally Mann’s writing or hearing her speak — in exhibition catalogs, documentary films or her acclaimed recent memoir, “Hold Still” — she has a way of making you feel like you’re sitting at the farm, listening to her craft her stories and shape her own identity.

“I have embraced my Southern heritage very publicly,” Mann says. “My mother never did — she was a Boston Yankee to the bitter end. But my father was in all ways Southern, other than his politics, which were very liberal.”

In “Hold Still,” she says, “I wondered if perhaps I have exaggerated that Southern aspect of my background. This tendency probably began during my boarding school years in Vermont, perhaps to distinguish myself from my urban, primarily Northern, classmates.” She pauses and recalls: “And then there was reading Faulkner — that was the icing on the cake.”

Mann shared a close friendship with the late Bev Reynolds, whose name is listed in the dedication paragraph of “Hold Still.” Reynolds’ daughter and co-director of Reynolds’ namesake gallery, Alice Livingston, says Mann and Reynolds wrote notes to one another on the back of discarded proofs.

“My mom saved all of them,” Livingston says. “I believe my mom found them more valuable than the framed pieces in her home. She was incredibly proud of the friendship they shared.”

One early example features a photograph of Mann’s son, Emmett, with a handwritten note from Mann on the back: “looking forward to more time spent puzzling out the art business … perhaps over contraband drinks.”

“It must relate to a time when they mixed martinis in a baby bottle, because they didn’t have a shaker,” Livingston says, grinning. “Sally would stay at my parents’ house when she was in town, and I can only imagine they had some fun.”

“Many of these pictures [of rivers] came about because of Bev,” Mann says. “I have mentally dedicated this exhibition to her.”

“Six Rivers” at Reynolds Gallery, which opens Sept. 18, features photographs that Mann took along the rivers of her home state of Virginia: the James, the Piankatank, the Blackwater and the Nottoway.

“This series is different from my recent work because they’re all in focus and have depth of field. For years, I’ve been playing with the idea of very shallow depth of field,” Mann explains. “These are much more from the Ansel Adams school of photography. I think of it as going back to my roots. … Plus, you get sick of doing the same thing.”

The large-format, 16-by-20-inch platinum prints, enlarged from 8-by-10 negatives, will be complemented by selections from two earlier series of Southern landscapes, “Deep South” (2005) and “Motherland” (1997). While sharp visual contrasts exist among the three series, pairing them is merely a matter of convenience to create a complete exhibition. The new photographs actually are part of a larger body of work that will be exhibited in a major — still unannounced — museum exhibition in fall 2017. Another difference is that Mann has deliberately chosen to have an outside Pittsburgh-based printer process these prints, rather than printing them herself, platinum being a particularly vexing, but elegant, process.

Though formally beautiful on their own merit, Mann says they gain meaning within a larger context. “I prefer for my photographs to be made in service of a concept,” she says. “And it doesn’t matter if they are figurative or landscape. Whatever gets the job done. The ideas come first. It wasn’t always that way. I used to just take pictures to see what I liked. Then, at a certain point I realized I needed the pictures to help me flesh out the concepts I was wrestling with: death, the family, the complexity of the South or race.”

With this future museum exhibition, Mann will investigate the complicated and elusive relationship that black slaves shared with avenues of freedom. For example, historically rivers such as the Ohio River that separated Kentucky, a slave state, from the free state of Ohio, acted as both a conduit into slavery and a passageway to freedom.

With a team of archaeologists, Mann also spent time exploring the Dismal Swamp, the site of a once-flourishing community of escaped and freed black slaves. In addition to these photographs debuting at Reynolds, the series will include ambrotypes of other rivers, collodion prints of black men taken in a studio, and Walker-Evans-style photographs of black churches. S

“Six Rivers” and the adjoining “Perverse Totems” (paintings and photographs) by local artist Heide Trepanier opens Sept. 18 with a reception from 7 to 9 p.m. at Reynolds Gallery. Mann signs her memoir from 7 to 7:30 p.m. Show runs through Oct. 30.