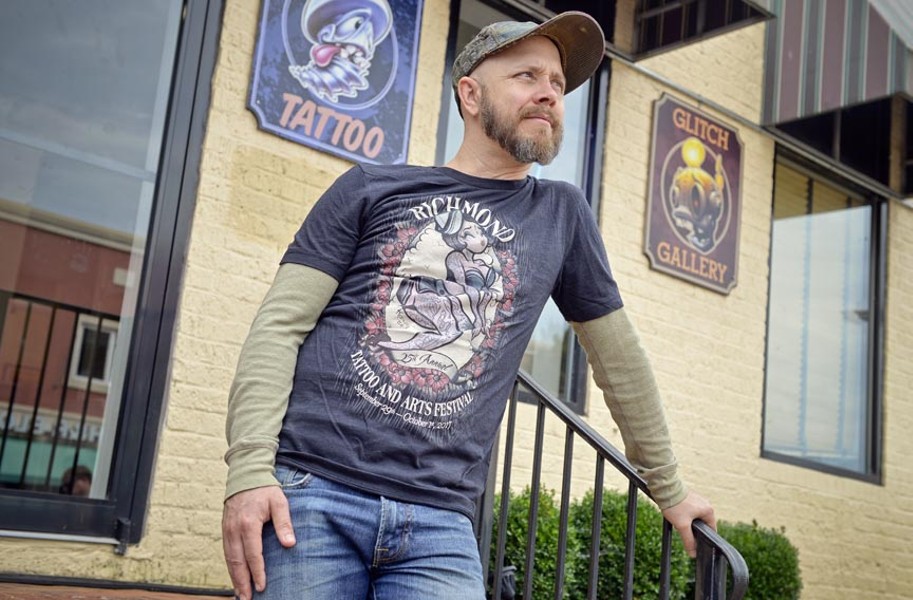 Everybody knows Richmond’s got ink.

We consistently rank among the most tattooed cities — last time we checked it was a respectable third place behind Los Angeles and Honolulu. So it makes sense that the 25th annual Richmond Tattoo and Arts Festival, held this weekend, is one of the longest running tattoo conventions in the country.

Style caught up with Jesse Smith of Loose Screw Tattoo in Richmond, who is working with Kenny Brown, co-owner of Jack Brown’s Tattoo Revival in Fredericksburg, to take over as host of the annual event from some people from Salt Lake City, Utah. So this year is a locally run revival of sorts.

Style Weekly: What are the most common tattoos at these events?

Jesse Smith: I like to think that this convention is like no other. We invite a pretty broad spectrum of talent that covers all different types of artistic styles, so common tattoos aren’t really prevalent. My goal when curating this convention is to bring the best of the best from all corners of the world to Richmond to give the spectators a full view as to what the tattoo world has to offer.

Which of the celebrity artists do you expect to draw the largest crowds?

Tatu Baby, because she’s got the best of every angle. She’s beautiful, talented and has a very sweet personality. Kelly Doty, such a fun personality with an amazing style. Christian Buckingham, I expect him to make it to the finale this season [Spike TV’s “Ink Master”] which airs three days before my convention, so he’ll probably have a pretty substantial following by the time he gets here. Melody Mitchell, she is one of the favorites from VH1’s “Black Ink Crew.”  She hits a whole different audience than the other celebrities hit: Beautiful, awesome and talented.

What’s important to know for people who want to get their first tattoo?

Most people expect to be able to walk up and get tattooed the day they show up, but if you want to get in with an established artist you’re going to have to hit them up prior to the convention. Not saying there won’t be an artist available, however it’s always good to book in advance.

For the artist, are there challenges to live tattooing in a festival atmosphere?

So is Richmond’s event really one of oldest in the country?