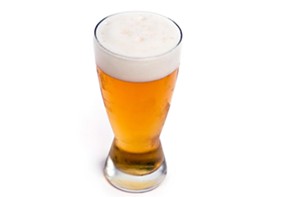 Hardywood Singel: Every Richmond beer lover walks into an unfamiliar bar and looks at the taps, squints and says to the bartender, "Do you have the Singel?"

Jameson/Bushmills: Both refuse to be unseated as Richmond's shot of choice.

Fireball: The cinnamon-candylike liquor flies off bar shelves for reasons that are unexplainable to us. Though after the first kick, it does go down smooth.

Rumple Minze: Every Fan bartender insisted upon its inclusion on this list. We can't argue with that — wait, what we were we arguing about? Where am I? My head feels like it got hit by a Mack truck. I'm never touching that stuff again, until Friday night.