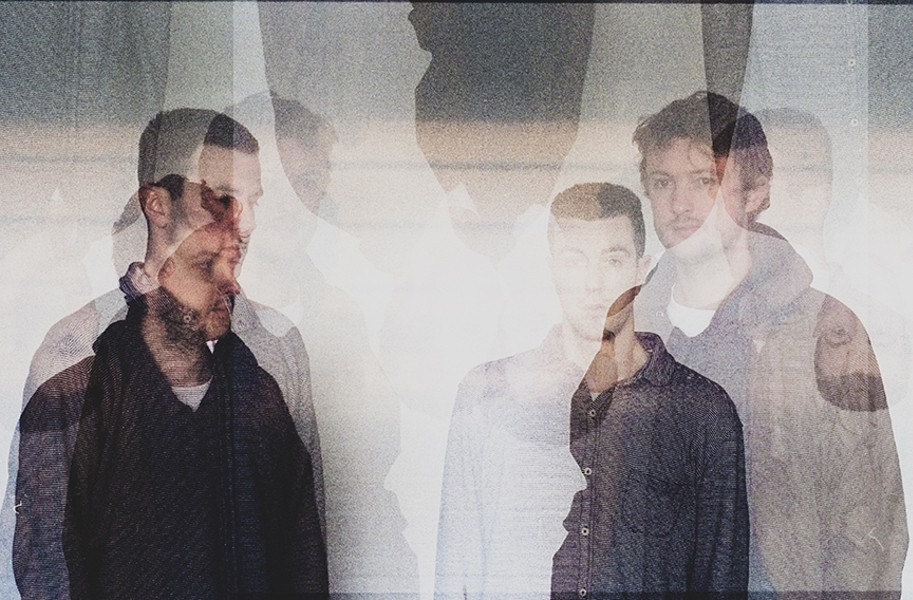 White Ward — “Love Exchange Failure”
While the Ukrainian black metal band’s debut album, 2017’s “Futility Report,” distinguished White Ward by peppering its bleak and depressive brand of metal with the decidedly nonmetal textures of saxophone and piano, “Love Exchange Failure” doubles down by integrating these elements more fluidly and more naturally. The resulting sound is as successful as it is unlikely: a fusion of blackened crust-metal, post-rock shoe gaze, and modal jazz. While White Ward’s rootless and irreverent approach to metal’s conventions, occasional clean vocals, and lush, Godspeed-like production will appeal to the same adventurous metal agnostics who are charmed by bands like Deafheaven, the group’s Maiden-worshiping twin guitar leads and black-metal-trademark minor key tremolo riffing should please even the most uncompromising opponents of false metal.

Liturgy — “H.A.Q.Q.”
Love ‘em or hate ‘em, controversial Brooklyn “transcendental black metal” band Liturgy has a way of backing up frontman Hunter Hunt-Hendrix’s pompous proclamations and pretentious manifestos with some of the most original metal in the genre’s history. “H.A.Q.Q.” follows 2015’s excellent “The Ark Work” with an album that is somehow even more dense, visceral and uncompromising, taking the former record’s glitch effects, chamber instrumentation, and jarring bursts of digital noise even further. “H.A.Q.Q” often sounds like three or four different albums battling it out at the same time, but this is precisely the album’s charm. A riveting, exciting, and frequently brilliant collection of music that is to metal what Autchere is to electronic dance music.

Portico Quartet — “Memory Streams”
Following a disappointing detour into Alt-J style experimental pop, temporarily dropping the ‘Quartet” from its moniker, the Mercury Prize-nominated group returns to its roots on “Memory Streams,” an album of chilly, atmospheric post-jazz featuring the group’s trademark frame drums —large percussion instruments that sound like crosses of gamelan music and Hawaiian steel drums —and left-field arrangements. The group has a way of creating a thick and haunting atmosphere using very few tools and lots of space, utilizing jazz chops in the service of something beyond anything resembling classical form. “Memory Streams” tantalizingly posits the question: what would Radiohead sound like if they recorded an album for ECM records?

Abul Mogard — “And We Are Passing Through Silently”
Everybody loves a good mystery. If you believe the story — you probably shouldn’t — Abul Mogard is a Belgrade-born Serbian senior citizen who in 2011 retired from the drudgeries of his grueling factory job and began producing conspicuously modern-sounding ambient music. Whoever Mogard really is, the unsettling and often beautiful music he creates does a convincing job evoking the darker corners of electronic music. On “And We Are Passing Through Silently,” the mysterious Mogard, working with vocals for the first time, turns his hand to remixing the work of five equally obscure artists. Throughout, Mogard’s big, cavernous chords inhale and exhale around the skeletal frameworks of his primary sources, rendering the originals unrecognizable. Fans of the womblike, ethereal side of 4AD, as well as followers of dark ambient merchants from Steve Roach to Andy Stott, will find the album’s depressive, colossal dream pop irresistible.

Floating Points — “Crush”
A good deal of the press surrounding Samuel T. Shepherd focuses on the Manchester-born DJ and producer’s day job as a neuroscientist. Perhaps this is fair given the cerebral nature of the meticulous and hyper-granular electronica he creates under the name Floating Points. At the center of Floating Points’ 2019 album “Crush,” however, unmistakably lies the beating heart of an artist and an aesthete. As with many but not all previous Floating Points releases, “Crush” is more suited to home listening than to the dance floor, its 12 tracks seamlessly blending spacy fusion, prog-y Krautrock, Erased Tapes-style neoclassicism and jazzy house into something uncannily original and headphone mandatory. Rarely has an album so vividly reconciled both the right and left hemispheres of the musical mind.