The Electronic Entertainment Expo, otherwise known as E3, was last week in Los Angeles. For the uninitiated, it's basically the Super Bowl of video gaming where developers from around the world come to show off what they're working on. There's always a deluge of game announcements each year, so I'm going to keep this short and simple. Here are five games we're looking forward to playing from this year's conferences. 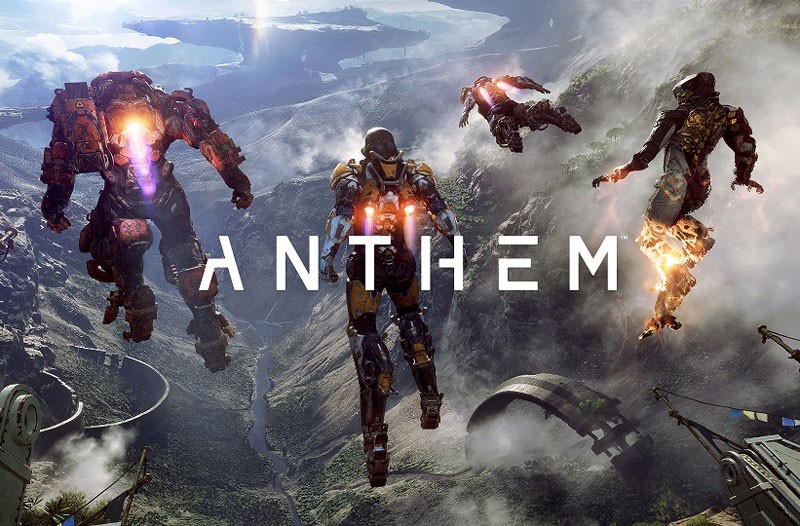 The Pitch: "Protect humanity in a world filled with mystery, danger and glory."

If it was obvious to you that Bioware's recent Mass Effect sequel was not quite up to snuff, well, this might be why. its new series, "Anthem," promises a beautiful open world in which players engage in acrobatic combat via jet-powered mech suits. EA followed up the announcement with a tidy vertical slice of play at Microsoft's news conference featuring a cadre of gamers flying through lush jungles, grabbing loot and shooting monsters along the way. It's got shades of Bungie's "Destiny" written all over it, but seems to capture some of the freedom implied by that game that some felt was missing in the release. How will this game change over the coming year of development? Who knows. Fall 2018 is a long way off. But what we saw at the conference was certainly enough to set my mind racing. 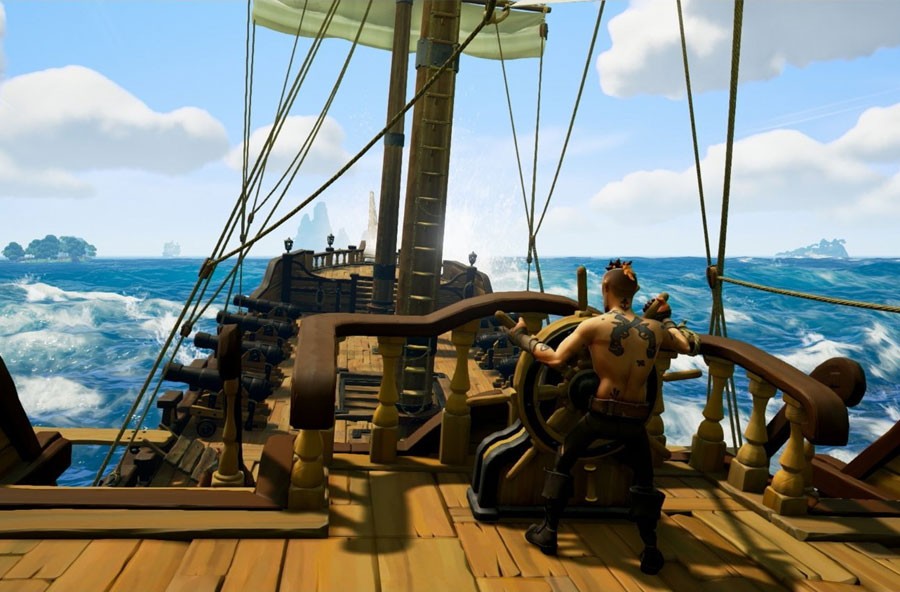 The Pitch: "Be the pirate you want: With musket loaded and grog in hand, the freedom of the pirate life awaits. What will your legend be?"

My god, I want to play this game based on the water physics alone. Microsoft-owned developer Rare has been in a bit of slump compared to its glory days of the 1990s. This new effort finds players commanding their own ships in a shared, multiplayer world. As pirates, your goal is battle other pirates in high-stakes, high-seas battles for loot and supremacy. The market is currently flush with PVP games in fantastical settings (see Overwatch, PlayerUnknown's Battlegrounds, Friday the 13th or any of the countless MOBAs out there) and "Sea of Thieves" was met in some quarters by puzzled good cheer at last year's E3. Is the pirate setting enough to break out of the pack? Only time will tell. 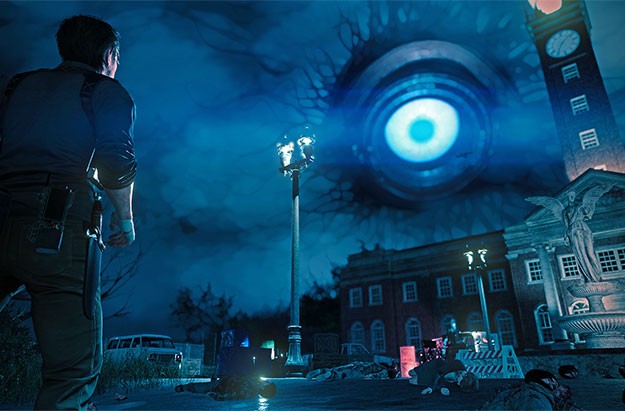 The Pitch: "In order to save Lily – the daughter he believed he lost years ago – Sebastian will have to step into the madness once again."

I think it's fair to call 2014's "The Evil Within" a sleeper hit. It had a lot going for it -- the current horror game boom and "Resident Evil" auteur Shinji Mikami at the helm -- but reports of technical issues and quirks tamped down an otherwise exciting new IP launch. I'll cop to not having played the game, which is something I plan to rectify once this summer's Steam Sale rolls around. Regardless, the first game has a cult following and I'm glad to see it get another chance. This new game boasts more of the same hectic horror with a veneer of daddy issues on top. Here's hoping they've ironed out some of the kinks in the last three years. 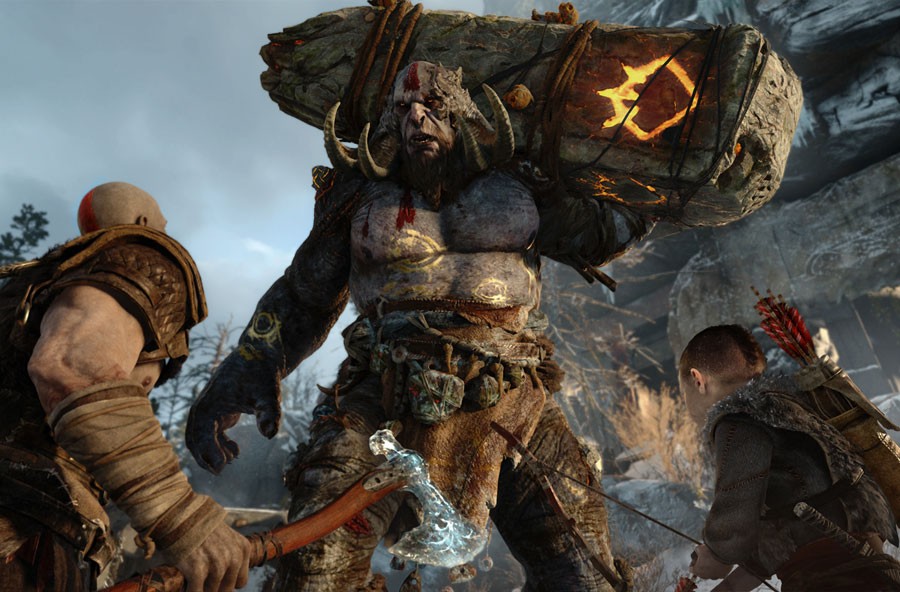 The Pitch: "It is a new beginning for Kratos. Living as a man, outside the shadow of the gods, he seeks solitude in the unfamiliar lands of Norse mythology."

Kratos, he of the angry one-liners and boundless wrath from Sony's long-running "God of War" series is now a dad. That might sound like the setup for a hilarious sitcom, but that's the setting for this big-budget reboot. Having destroyed the gods of Ancient Greece some time ago, Kratos is now stepping out into the realm of the Nordic gods, leading his little hunter son on some kind of quest. It's reminescent of Naughty Dog's Playstation-exclusive "The Last of Us," and the eponymous god of war is certainly an interesting choice for that treatment. The previous entries in the series have been fantastic action romps, but this new game looks like a tone shift. We'll see if this new kinder, gentler Kratos can live up to his legacy. 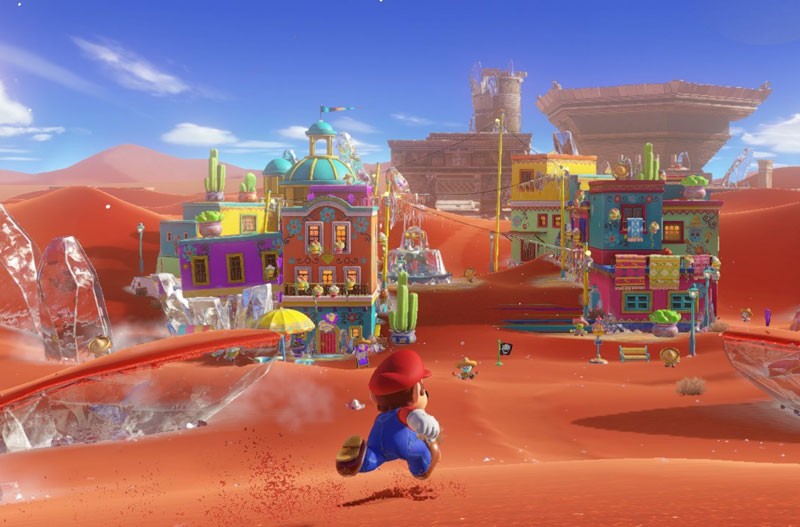 The Pitch: "The game has Mario leaving the Mushroom Kingdom to reach an unknown open worldlike setting, like Super Mario 64 and Super Mario Sunshine."

Nintendo enters an already crowded 2017 with its big-guns mascot. I'll admit, I didn't expect this one to see a 2017 release. Nintendo already knocked it out of the park with a new "Legend of Zelda" launch on its new Switch system and, really, that would be enough for many developers. The latest in the ancient and venerable Mario series sees the plucky plumber coming to the rescue of Princess Peach, who has once again been kidnapped by Bowser. Only this time, Mario's hat can talk. And he can possess people's bodies and there's a T-Rex and a crooning lounge singer who may or may not also be a princess. I'll be honest, Nintendo doesn't have to prove itself with Mario anymore and this new game looks like a blowout of crazy and creative ideas. This one's a lock.