Races for City Council could tip the balance of power at City Hall.

by Ned Oliver and Scott Bass 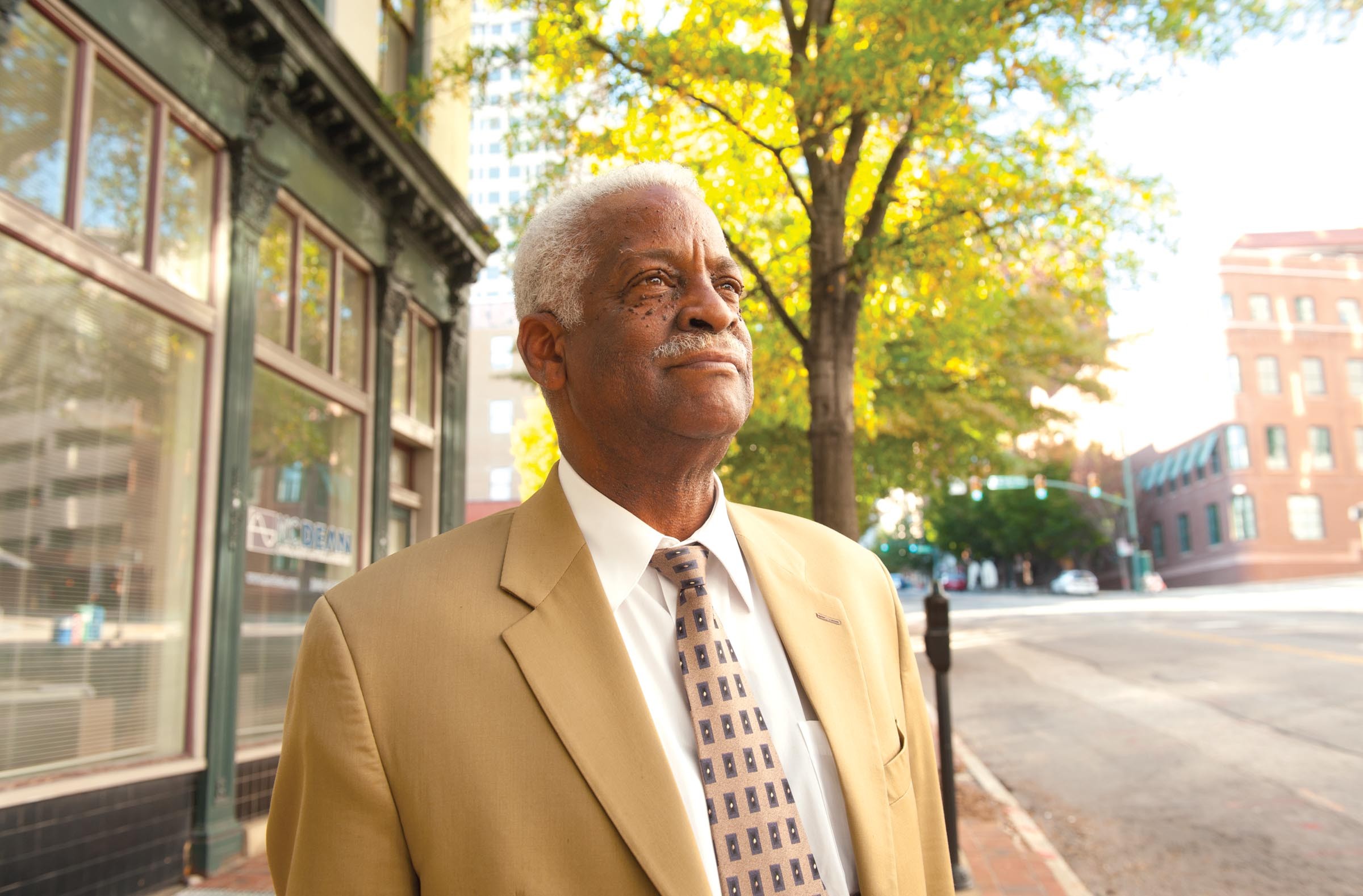 The city's future just might be buried in the back seat of Marty Jewell's 10-year-old station wagon. Ambling through Randolph in his 5th District neighborhood early last week, the councilman's car is loaded with campaign lawn signs in the back and old agendas, legal pads and car parts in the front. At any moment he could pull out an auditor's report detailing millions of dollars in taxpayer waste, or a residents' survey documenting widespread dissatisfaction with such wide-ranging issues as public schools, sidewalk repair and neighborhood safety.

Jewell has gone head-to-head with the mayor's office more times than anyone can recall. And he's paying for it, he says. "Let me put it this way, I don't kiss the mayor's ring and they get consternation over it," says Jewell, a 67-year-old, two-term incumbent. "The mayor has mobilized his minions."

In this case, Mayor Dwight C. Jones' minion is candidate Parker Camp Agelasto, who for the record strongly objects to the classification, noting that he's barely met Jones and has his own issues with the lack of communication from the mayor's office. A third candidate for the seat, S. Lee Shewmake, has challenged Jewell before but lacks the money and political endorsements that Agelasto has picked up, which include the Richmond City Democratic Committee and the Richmond Coalition of Police.

Agelasto, 36, says he just has a radically different idea about how the 5th District should be represented. A first-time council candidate, he says his willingness to come to the table with a cool head and diplomatic attitude is being mistaken as an indication that he won't offer an independent voice to the district.

"I think Marty likes to make accusations without having his facts to back it up," Agelasto says. "What I'm offering is someone who is less likely to point fingers, but sit down and have the conversation and work together to implement the solutions we need to implement and provide good outcomes."

The fight for the district is a microcosm of a much larger debate over the city's immediate political future: Namely, what kind of City Council do Richmonders want? One that aggressively checks the mayor's growing influence and power, or a muted one that puts more emphasis on collaboration and cooperation?

Jewell and a small but vocal minority on council say progress has been too slow and the mayor's office too autocratic to truly push the city forward. Others say the pace has been slow for a reason. Following former Mayor L. Douglas Wilder, whose combative style damaged his relationship with City Council, Jones has spent much of the last four years rebuilding and repairing. Progress will come only by working hand-in-hand with the mayor and his administration, the theory goes.

"I think there's a certain lack of clarity about what the City Council's role is supposed to be," says Thad Williamson, professor of leadership studies at the University of Richmond.

"If you looked at it as a whole, you don't want nine people who are getting along all the time," Williamson says. "But to actually get stuff done, there has to be a constructive, collaborative" relationship between council members and the mayor's office.

It's an unusual election. In the mayoral race, Jones has one challenger, real estate agent Michael Ryan, a virtual unknown who lacks serious financial backing and name recognition. With Jones expected to waltz to a second four-year term, the focus generally has shifted to the School Board and City Council races. It's the first election since the switch to an elected mayor form of government in 2005 in which the mayoral race has taken a back seat. 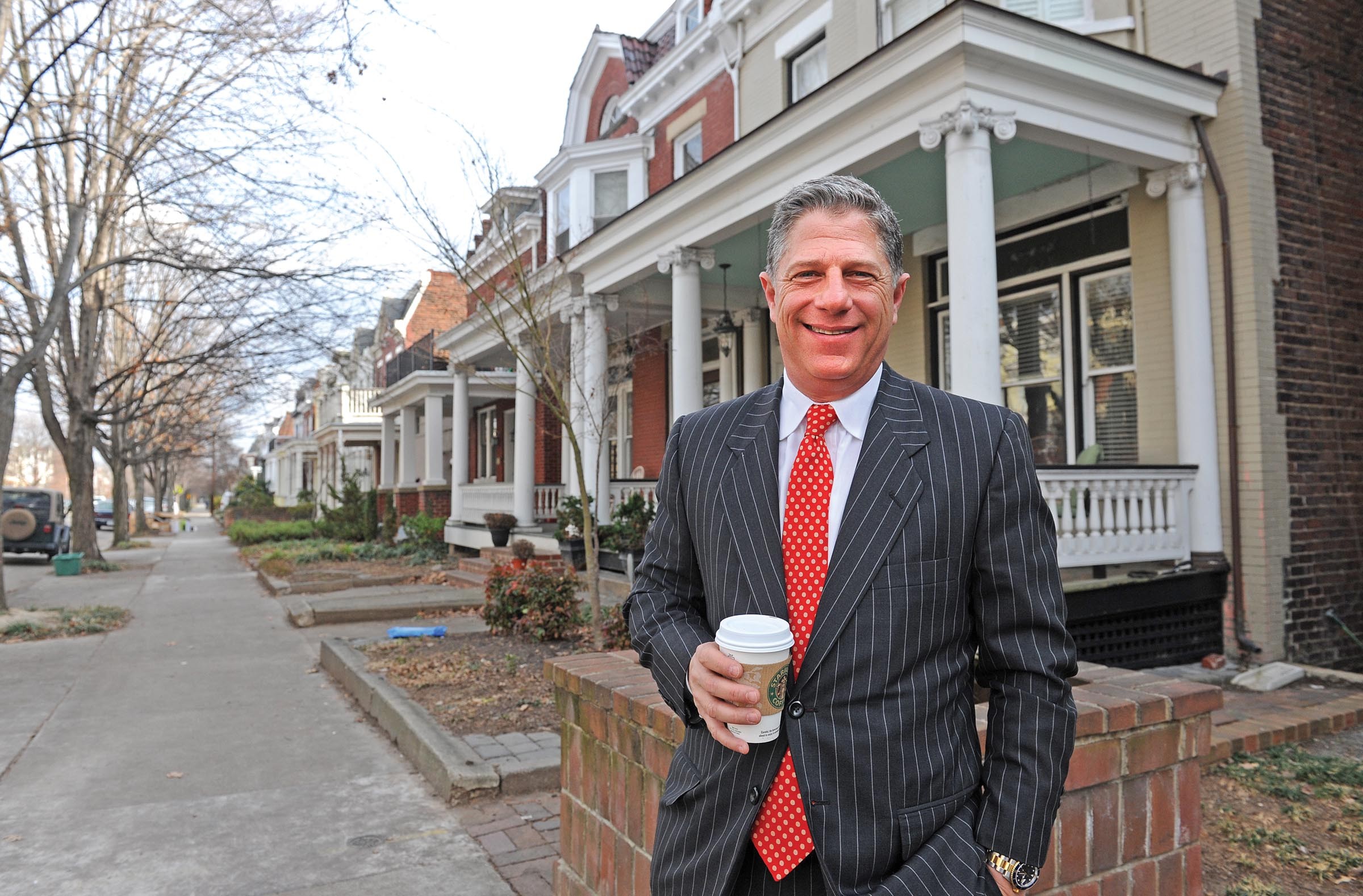 That 2nd District race represents a similar dichotomy to Jewell and Agelasto — except the roles are reversed. Samuels, a lawyer, has positioned himself as the cautious, thoughtful incumbent who respects administrative protocol, but is willing to challenge the status quo. "You need a council that is not the party of no," he says during an interview at Bistro 27 before a fundraiser last week. "And we don't need to be a rubber stamp for the mayor."

Diradour is the aggressive challenger. He says Samuels' approach isn't working. Campaigning last week in the Fan District, along West Avenue, he greets residents by handing out campaign placards scribbled with his cell phone number. He rants about the tortoiselike pace of Samuels and points out needed sidewalk and street repairs, dysfunctional public schools, and expresses a general disdain for the city bureaucracy.

"I think I'm going to vote for you," says Liz Ughetta, co-owner of Bohland and Graham, an antique furniture store on West Cary Street, who's chatting with a friend on the sidewalk. She says she's heard that Diradour is "the guy who's going to fix the parking on West Avenue." Students and faculty at Virginia Commonwealth University have used West Avenue as a parking lot for years, and it's long been a source of tension and frustration.

Specifically, Diradour says his plan is to restrict parking to residents on the blocks closest to VCU for a year — a pilot test of sorts — starting in August.

"You've got my vote," says Nita Enoch, who's lived on West Avenue for 17 years. "I just feel like Charles Samuels has not been very responsive. I just feel like we need change."
Of course, restricting parking on a few blocks could send more students and faculty to other streets, making parking more of a chore for other Fan residents. But Diradour is in favor of action, he says, not never-ending studies and bureaucracy.

"It's always dangerous to ready, fire, aim," Samuels says. "I like to listen to everybody before forming a position. We also have to know how to work through the city's process to get it done." For the record, Samuels says he wants to resolve the parking on West Avenue sooner than Diradour. And his approach will address more than just a few blocks.

Quick resolutions, however, aren't exactly City Council's forte. Much of the blame can be laid at the feet of the Jones administration. Countless development studies have dragged on for years, including plans to redevelop Shockoe Bottom and City Stadium, not to mention constantly delayed plans to build a new ballpark for the Richmond Flying Squirrels. And when City Hall does begin to move big projects forward — such as the new city jail — it stumbles in dramatic fashion. The $134.6 million jail, approved last fall, is still dogged by questions about how the construction contract was awarded, not to mention minority participation.

"What I see is Mayor Dwight Clinton Jones solidifying his forces," says King Salim Khalfani, executive director of the state chapter of the National Association for the Advancement of Colored People, who led the public outcry over the city jail procurement process. "What I see is more of the same."

Others take it a step further. Former Richmond Mayor Roy West says there's absolutely no progress in the city — particularly when it comes to improving city schools — and City Council is giving the mayor a free pass.

"I have total disdain and contempt for City Council," West says. "I have absolutely no confidence in city governance at all. You hear so much about the City Council being subservient to the mayor. … We need a balance of power and right now we don't have it."

UR professor Williamson says part of the problem is that the candidates for City Council aren't putting forth a legislative agenda much different from Jones — the overriding theme appears to be improving the school system — and with very few specifics. He doesn't expect major changes to City Council's makeup come November.

"Unless something dramatic happens, Jones only stands to gain in his sort of working majority," says Williamson, who serves on the mayor's anti-poverty commission. The real test will come over the next four years, he says: Can Jones deliver on some key initiatives, such as poverty reduction and improving schools? "You had the time to build up an agenda and put some people in place," he says. "Is the impetus and the energy really going to be there?"

And, ultimately, what's the best approach? In the race for the 5th District, Jewell and Agelasto offer a study in contrasts.

Agelasto is systematic and persistent. Working from a highlighted map of the district and a list of registered voters, he's knocked on 4,000 of the district's 7,000 doors. While he makes a pitch to voters one-by-one, he focuses on constituent services. When one couple points to a city tree with branches leaning on their home's awning, Agelasto reports it on the spot to city officials using his smart phone.

Agelasto's campaign slogan touts him as "a worker — not just a talker," and he's critical of Jewell for failing to respond to emails and phone calls from constituents.

Jewell is affable but scattered. Nearly everyone he encounters recognizes him with a wave. Many stop him to tell him about problems they're having — be they bed bugs, the city bureaucracy or otherwise. "I got stories to tell you," one woman whispers. Jewell promises to stop back by later, and in response the woman gives him a hard time about never returning her phone calls. Jewell laughs it off and promises to be in touch.

Jewell has written off a majority of his fellow council members as "sycophants for the mayor" and says too many of the city's department heads are "utter zeros." He's a proud watchdog who has put himself in the middle of issues ranging from how contracts for the new jail were awarded to calling out alleged sexual harassment of one council liaison by another that rocked City Hall in 2011.