Noelle Scaggs keeps up the energy level in Fitz and the Tantrums. 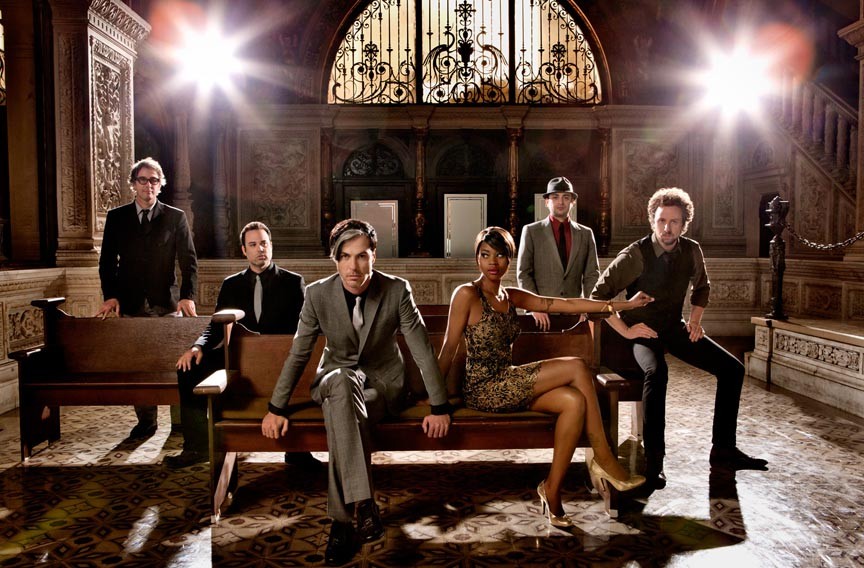 At 32, Noelle Scaggs is an R&B veteran who has collaborated with some of the biggest names in hip-hop and soul. She's toured with Quantic, worked with Nas and Dilated Peoples and was called in by the Black Eyed Peas' Will.I.Am to sing when Fergie couldn't hang with Noelle's guide vocals.

Scaggs spent her formative years in a neo soul band called the Rebirth, but it was when she joined Fitz and the Tantrums, a retro soul band from Los Angeles, as a featured vocalist — and tambourine player — that her career took on a new life. The group has appeared on "Jimmy Kimmel Live," "Conan," "The Tonight Show with Jay Leno" and enjoyed a No. 1 slot on Billboard Magazine's Heatseekers chart. Fitz and the Tantrums are scheduled to perform at the National this week.

Style: Tell me about life before the Tantrums.

Noelle Scaggs: Prior to joining the Fitz band, I was in a band called the Rebirth for about 10 years. It was a band that was little more driven on the Earth, Wind and Fire meets Roy Ayers, New Birth, you know kind of soul stuff. I was with them from the time that I turned 18. I left when I was 28 years old. I toured everywhere, from Japan to Chicago, with that band. We did quite well. It was one record. It was taking quite a while to turn into the second record, and for me I had just started to grow out of the band.

The relationship between you and Fitz onstage has been compared to Ike and Tina Turner. On the album ["Pickin' Up the Pieces"], your contributions remind me more of what Merry Clayton did on the Rolling Stones' "Gimmie Shelter." Even when it's not a full-fledged duet, the element you bring to the song is just as strong as the lead vocal.

Yeah, yeah. I think the majority of the Ike and Tina thing comes from our live performance, because we have very interesting goings-on onstage — we're either going to fuck or fight, kiss or fight, you never know where the energy is going to go.

In a band that doesn't have a guitar player, is the tambourine more important?

I think so. Rhythmically speaking, there is a lot going on with all of us taking on various roles. I can really describe James [King, saxophonist] as being the one who plays the most, because now he is forced to have to bounce melodic ideas off of the piano, whereas before he would normally do it with a guitarist. It's a really cool balance that's going on. I think it's what made us different, in this aspect of music that we're creating that's been so inspired by guitar-driven melody and soul music. It's funny enough because, when people see us live, we've often got people coming up to us. "You don't have a guitar player?" They think it's so bizarre and they're like "We never even knew it until about the fifth song in."

Is this a career destination for you or just another stop along the road?

I don't know. I leave it up to the universe and what happens. I know everybody grows to want to do their own thing. For me right now, this is a really cool happening. ... I definitely want to do another record and see where it goes and see what happens, but also in the future I do want to do a solo project. That's always been in mind. It's just a matter of when I'm ready to do it, you know? S