A president's phone call ends up in the wrong hands. 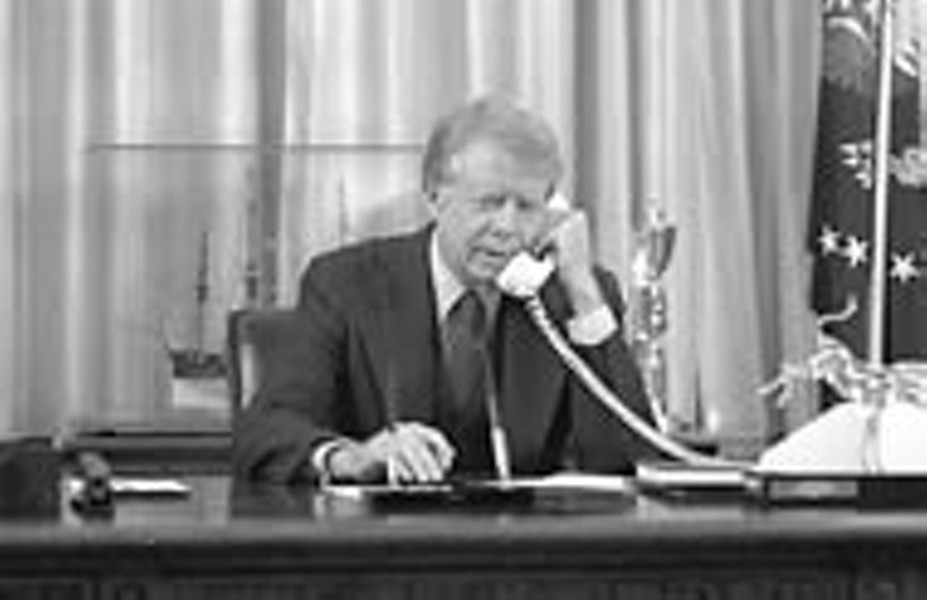 Around dinnertime on a weeknight nearly 25 years ago, I spoke on the phone to President Jimmy Carter. Our exchange lasted maybe a minute.

In that minute, a phone call meant for my father — and, what is perhaps more regrettable, a chance for someone else (my mother) to receive it and respond in his absence — was bungled by a fifth-grader's hold on a green wall phone.

Whenever the telephone rang — we had only one and it was in the kitchen — I sprang to answer it. Chances were good that a phone call meant an invitation to a sleepover was just parental consent and a "thank you" away. But this particular time it wasn't a friend calling. It was the president.

"Hello, Walters residence, " I announced. It was our customary way of answering the phone.

A man's clear, friendly voice greeted me. It was as unfamiliar to me then as it is unforgettable now. It was President Jimmy Carter, he said, and he was calling to talk with my dad. Was he there?

He's not home from work yet, I remember thinking. I did not tell the president this. Or mention that my mom was free, would surely love to talk to the president, and was in the next room.

The option to race, receiver extended, cord uncurling, into the living room and bulldoze my mom with the pass-off crying, "The president of the United States is on the line!" did not occur to me. Just as it did not occur to me that he might not call again. But I was na‹ve to chance and to power and to human nature then.

The reason for the president's call, unlike his never-spoken words for my dad, is no mystery. It was the late '70s. Carter had initiated a one-on-one variation of President Franklin Roosevelt's radio "fireside chats" whereby he'd randomly call regular people with regular jobs to talk about the nation and its place in the world or, more plainly, life in general. Meanwhile, abroad, the president had been busy building a pact for peace between Egypt and Israel.

Like much of the globe, I would come to appreciate Carter's domestic and foreign efforts much later. What I remember most from those days is that the names Anwar Sadat and Menachem Begin were always uttered — in the news, in school, in my house — rhythmically in tandem, like saying cream-chipped beef on toast.

It is for the best that I didn't mention this to President Carter. And fortunately, he didn't tarry on the phone with a 10-year-old.

He thanked me and told me to tell my father that the president had called. So I said OK, goodbye and hung up.

When my mom found out, which was immediately, she was more deflated than mad. After all, politics aside, she and Carter share much in common — namely, Jesus. At the time of the president's call, my mom had recently returned from a trip to Israel. She had spent her time there pondering faith, even getting baptized again. It was her way of pledging anew to peace.

It's likely my mom would have wound up telling this and more to President Carter if she'd had the chance. Alas, I prevented it. In hindsight I don't know who I spared more, her or him.

I hadn't thought about that phone call in years. But when I heard the news that Carter had been tapped for the Nobel Peace Prize, the memory of it was dislodged from the place in my brain where blunders go to die.

After that call, the house rules changed. From then on, whenever anybody phoned the Walters residence for a parent who wasn't home, the caller was handed over to the one who was. Invariably this would happen near dinnertime or when the Redskins were on. I'm not sure how much peace this new policy brought my parents. But at the very least it ensured that all sorts of information, undoubtedly vital, would not be missed. S