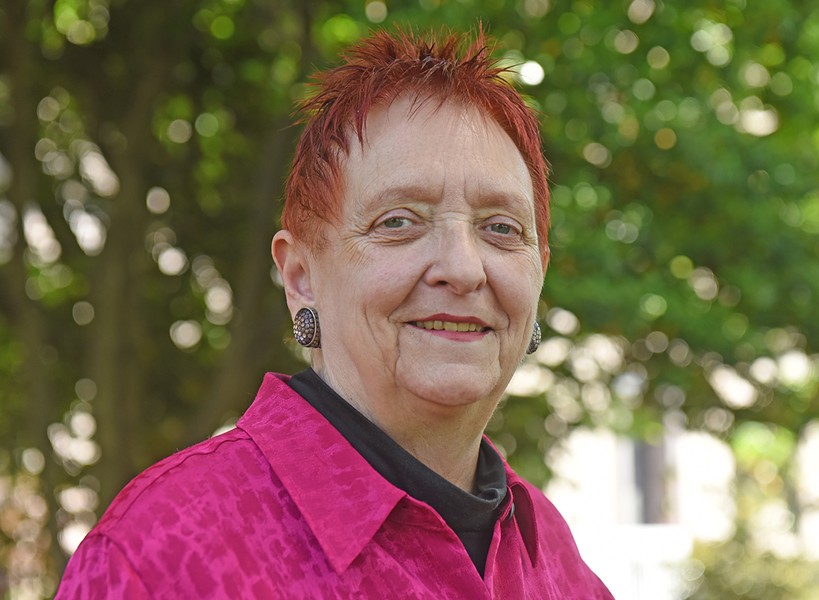 The first American Earth Day was held in New York in 1970 and kicked off a decade that saw passage of the Clean Water Act, major amendments to the Clean Air Act and the creation of the Environmental Protection Agency.

But not before the April 22 event had spread across the country.

Beth Marschak, now an HIV prevention specialist, was 20 when she helped organize the city’s inaugural Earth Day at Monroe Park in 1971.

In a nod to Saturday’s yearly acknowledgement of the planet, Style spoke with Marschak about some of the progress made -- and to worry about the future.

Style: Why did you want to bring Earth Day to Richmond?

Marschak: I was in a student group at Westhampton-University of Richmond called S.H.A.M.E – Studying and Halting the Assault on Man and Environment. That was back when people liked names like that.

Most of the people in our group were science majors. I was a chemistry major at that time. People had a fairly sophisticated view of the problems affecting the environment and ecology from a scientific standpoint.

And, of course, if you looked at the James River back then, it was terrible. Sewage was going directly into the river. You would not want to get into it. Now people tube down it and swim in it and fish. You could not do that then. You wouldn’t put a toe in it.

So it was really one of those things where, right here in this area, you could see some major impacts from not having policies protecting clean water, clean air.

Any memories of the day and the people involved?

It was fairly simple as far as what people did. There was music, I think. There were information tables, various speakers. I remember it being a very pleasant day and having a good turnout.

Another person who was very involved was Newton Ancarrow. He had a business building small, craft boats and a landing dock. And he’d become very disturbed about the quality of the river.

He thought that people needed to be able to see things to understand what was being impacted, so he photographed wildflowers to show what was endangered by what we were doing.

And he was a very strong advocate for the James River Park System. His idea was that, if people can’t get to the river, they really don’t know what’s happening. But if there are ways for the average person to see the river, then they’ll become more connected to it and care what happens to it.

There’s a lot to be said for that. Just facts and figures aren’t really what motivate people to do things. It’s when they get some feeling of a personal connection.

Besides the river, what was the focus of the event back then?

It was taking a broad look at how what was happening with the environment was impacting many different life forms -- plant, animal and, ultimately, us.

At that time, people weren’t really even thinking about something like global warming or the ozone layer. It was more obvious pollution, like sewage runoffs, air pollutants from factories.

And it focused on the whole idea that our economy was based on the creation of products that were not intended to last. Of course you’re going to keep having more and more trouble with landfills, when things are made in a way that you can’t really do much with them once they’ve worn out.

Were car pollution, suburbanization and transportation policy on the radar then as being connected to environmental degradation?

The suburbs came about via the national highway system, which happened in the 50s. So in the late 60s, early 70s people were beginning to think about some of those things. I remember conversations about living close enough to walk or bike to work, having better public transportation. But I don’t think there was much organizational energy around that.

But it was around that time that smaller cars were becoming popular – the VW Beetle – and people were concerned about using gasoline. But there weren’t as many ideas about what alternatives could be. It was more an emphasis on decreasing the amount you used through small cars, bus transportation, bicycling.

How has Earth Day changed?

For a while now, I have not gone to Earth Day programs. I think they’re really geared in a very different direction. For instance, there’s definitely a conflict of interest when an organization like Dominion Power is one of the main sponsors of an Earth Day activity. The type of energy sources we use is just as important, if not more so, than whether we’re recycling.

And part of what I want to see promoted is support for existing policies or promotion of policies we should have -- local, state, national -- that address those types of issues.

There are many corporations involved in promoting Earth Day programs that really have a lot to answer for in terms of what they do. So I find it, at the very least, ironic that they might sponsor an Earth Day.

I think it’s more important now than ever. There’s always been a dynamic around: well, doing these things will cost more; people will lose their jobs; things will be too expensive. That has always been an argument against any environmental regulations. And you can make that argument in a very, very narrow way, but it doesn’t hold up in a broad way.

What good is it if people have a little more money to spend if they can hardly breathe?

It’s hard for me to understand how people don’t realize how, if really basic things like air and water quality deteriorate, which they will if those regulations are taken out, that it will impact their family and their children and grandchildren.

This interview has been edited for length and clarity.