First Family of Gospel to Sing at VMFA 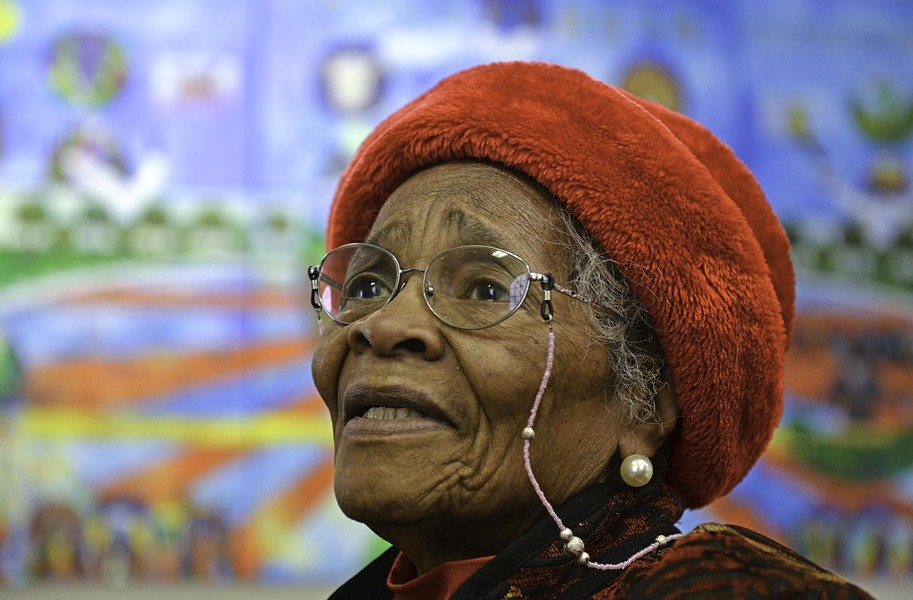 At 85, Richmond’s undisputed queen of gospel, Maggie Ingram, is looking good. A few weeks ago, wearing a floor length coat and lovely red hat, Ingram sat in a wheelchair pushed by her daughter, Almeta Ingram-Miller, into Second Baptist Church on Idlewood Avenue, where the Ingramettes were rehearsing a Martin Luther King Day tribute show.

Ingram was diagnosed with cancer a decade ago but declined to partake in chemotherapy after surgery. She remains in remission, her daughter says.

Ingram also suffers from Alzheimer’s disease, but you wouldn’t know it by watching her. The woman who spent her life singing songs of faith and working for social justice still glows in the presence of music. She claps her hands in time with her family while recalling the lyrics.

“That’s the legacy she passed on to us,” Almeta says. “It does not matter what your situation is. There is hope if you’re still here. God has something for you to do.”

Ingram’s life has been one of service, her daughter says. “We’ve seen her literally give her life away to humanity, open the doors of her home.”

Ingram spent her youth working on a cotton farm in Georgia, chose her church over a professional singing career, reared five children, worked for the late civil rights lawyer Oliver Hill and served the Virginia prison ministry, one of her greatest passions.

Almeta says the family came to Richmond on Christmas Eve 1961, seeking better weather for her brother’s health condition. She recalls the family hearing news of King’s assassination while in a car listening to AM radio from Nashville. Her mother “took a pen and paper and wrote a beautiful tribute song.”

The Ingrams play concerts and festivals two or three times a month, and Almeta says they’ll record one more album with her mother, which follows the great recent “Live in Richmond” album. The next one may be recorded in Lake City, South Carolina, where the group is extremely popular, she says — though “we’d like to do it at home.” Then the family will continue writing and playing without their matriarch, carrying on her legacy.

In celebration of Black History Month, the three generations of the family play a free show at the Virginia Museum of Fine Arts this Friday, Feb. 6.

“We’ve gone through family members having illnesses and moving on, but we’ve stayed together as a family,” Almeta says. “What makes the music appeal to people is that it is the music of our experience — whether it is joy or pain. God gave her a wonderful gift.”