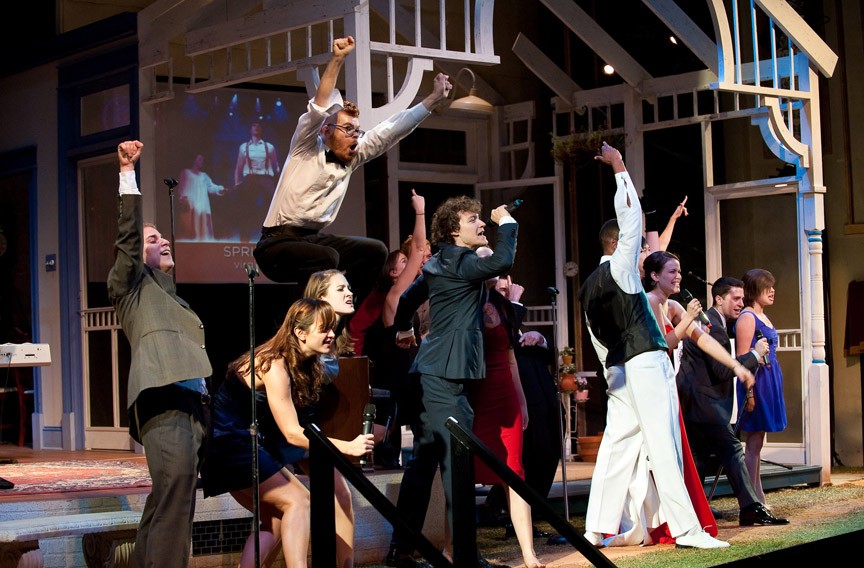 But it was "Spring Awakening," the Broadway hit on Broad Street, that won best musical at the Artsie Awards, along with best direction of a musical for Chase Kniffen. The summer run was the first production under the merged Barksdale and Theatre IV as Virginia Repertory Theatre. Christie Jackson also won as best supporting actress in a musical.

In the middle of a fall packed with theater productions, local actors, directors, technicians and fans gathered at the November Theatre on Sunday to hear the results of the 2012 Richmond Theatre Critics Circle awards for the previous season. The group is made of up reviewers from media outlets across the city, including Style Weekly.

In its fifth year, the lively show raised money for the Richmond Theatre Artists Fund and offered the laughs, tears and standing ovations you'd expect at such a gala. Juan Conde of WRIC-TV 8 was master of ceremonies, which featured local performers, media personalities and politicians as presenters, including Mayor Dwight Jones.

"My Fair Lady" picked up awards for best leading actress in a musical (Stacey Cabaj) and best musical direction by Ben Houghton. Richmond Shakespeare's "The Tragedy of Macbeth" won for best direction of a play, by Jan Powell, and best actor in a leading role for Ryan Bechard. "Dessa Rose" won the People's Choice Award.

In other honors, the late founder of the School of the Performing Arts in the Richmond Community, Jeri Cutler-Voltz, won the Liz Marks Memorial Award for ongoing contribution to Richmond-area theater; Kevin Inouye received outstanding achievement in fight choreography for his work on Richmond Shakespeare's "Macbeth"; and director Tom Width from Swift Creek Mill Theatre was recognized for a career of innovation with an award for outstanding achievement in stage magic. For the complete list of winners visit Styleweekly.com.