A local theater's unofficial mascot returns after a year-long hiatus. 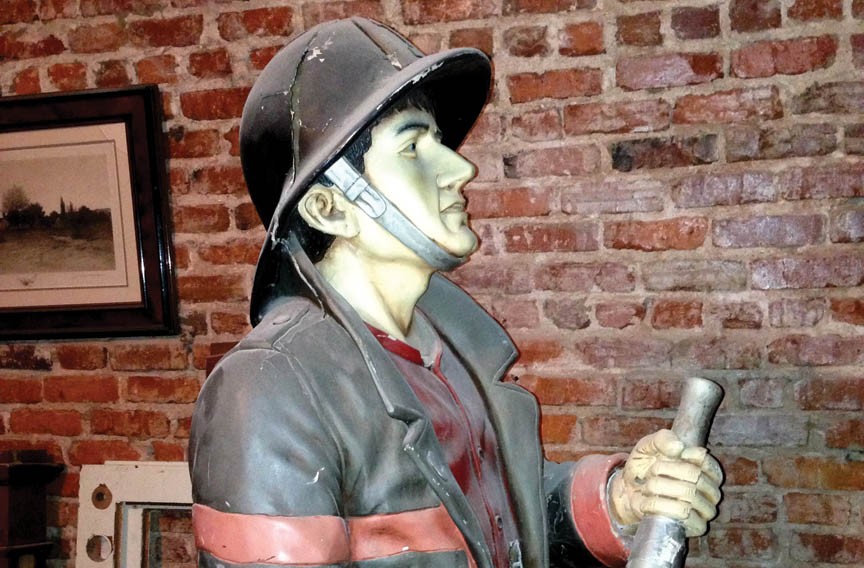 Editor's Note: This story has been corrected to note that the disposal of the fireman statue occurred in the months leading to the ouster of founding artistic director Carol Piersol.

During last year’s leadership shake-up at the Firehouse Theatre Project, one gesture seemed symbolic of the fiasco — the disposal of the theater’s fireman statue. The somewhat-bedraggled statue was the unofficial mascot of the theater, and when founding artistic director Carol Piersol was voted out, it was held up as a symbol of the changing of the guard. Thought gone for good, it’s resurfaced in the empty storefront next to Belmont Food Shop in the Museum District. It turns out a friend of the restaurant’s bar manager, Daniel Duprey, found it in a trash bin. “He asked if he could store it next door,” Duprey says. “It kind of scares me when I walk into the room, but I’m getting used to it.”