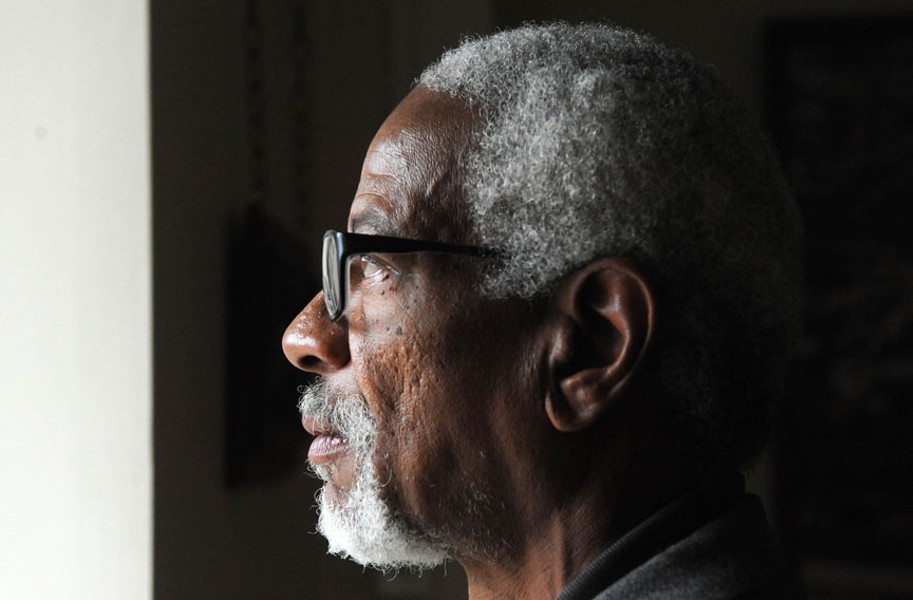 Scott Elmquist During the 1960s and 1970s, Walter Braxton established himself as one of Richmond’s most promising young musicians and composers.

Three years ago, before signing on as artistic director at Firehouse Theatre, Joel Bassin was sitting in a local Starbucks when he noticed a man with a thick stack of music paper.

"He was meticulously hand-notating music," Bassin says. Intrigued, he leaned over and introduced himself. That man was Richmond composer Walter Braxton.

"For about 40 minutes, Walter gave me the broadest and deepest music education I had ever gotten," Bassin says. "He mentioned this opera based on an August Strindberg play and I said, 'Say no more, I'm on board.'"

Now Bassin is at the helm of the world premiere of "To Damascus," the opera Braxton mentioned that day on their chance meeting.

"To be Walter Braxton and to finally be able to hear this thing he's been carrying around since the '90s. That must be the coolest thing ever," Bassin says. "It adds an extra layer of excitement and joy to the process when the generative artist is so excited."

"To Damascus" isn't a straightforward retelling of the August Strindberg trilogy, "The Road to Damascus." But it refers to those plays heavily, along with other sources including poetry by Gerald Manley Hopkins and Ezra Pound, Thomas Mann's play "Fiorenza," and the Catholic Mass.

"Walter is a genius musician and composer," Bassin says. "He has all of history at his disposal and he's used it to create something that means something to him as a modern human being."

Bassin describes "To Damascus" as a collage. Singer and performer Michele Baez calls it postmodern. "You don't have a typical narrative that flows like other operas," she says. "It requires a more cerebral approach than anything I've ever worked on before."

The cast and crew include performers, musicians and technicians coming from both the opera and the theater, creating something that bridges the divide between the two disciplines. "We are all learning," Bassin says, "and working with people who come at it from a different perspective is just deepening everything about it."

The common themes include religion, ritual, life and death.

"There is a view that religion is just ritualized behaviors that help us to feel we have power or control over our destiny," Bassin explains. "And performance, theater, came from religious ritual. It seemed like a fertile idea to play around with."

He thinks of this production as "a series of rituals of daily life," that raise questions about the very nature of performance, of story, of where and how meaning is made — also blurring the lines between opera, theater and daily life, between ritual and religion, between music and language, and between performer and audience.

"Where is theater happening? Are the actors or the audience members making it?" Bassin asks. "I think the truth is it's a collective thing. Once we can get everybody to buy in to this idea that they're not coming in to watch something, they're coming in to make something: That's the future. What happens in the actual performance is the alchemy of everybody making this thing together." S