Fire Walk: A Look Back at 1980s Satanic Panic in Richmond 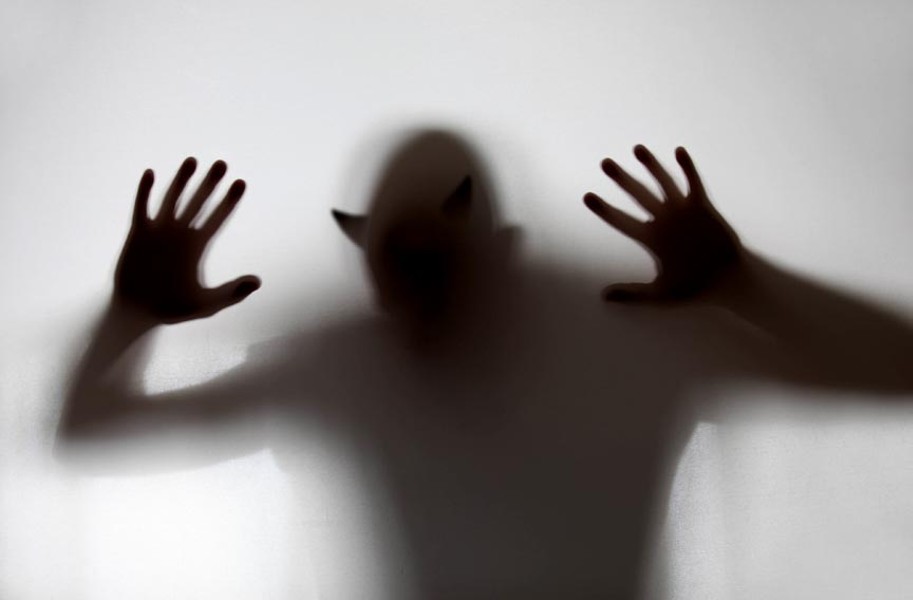 Double, double, toil and trouble, a group of teenagers chants in front of a bonfire while preparing to sacrifice a pet rat. A pentagram and “Hail Satan” are spray-painted on the wall of a decrepit Belle Isle building. A chilly breeze picks up. It’s almost Halloween.

Not long ago, this kind of scene occupied the fevered imagination of Richmond residents. In January 1988, Patricia Pulling, who formed Bothered About Dungeons and Dragons, told Style, “About 8 percent of the Richmond-area population is involved with satanic worship at some level.” Satanic panic was sweeping the country.

Times have changed. Now Americans are more likely to see a threat from extremist religious groups, such as the Islamic State, luring First World youngsters into their arms.

Virginia Commonwealth University professor David Bromley says it isn’t so easy to explain what’s happening behind the scenes in the public mind. Bromley has devoted several decades to describing what cults are, where they come from and why we fear them. Just don’t call him a witch doctor.

“I don’t know anything about magic,” Bromley says. “There are plenty of people who’d like to see me discredited, so I hope you’re not writing a fluff piece.”

A copy of his “Cults and New Religions: a Brief History,” translated into multiple languages, sits nearby. Bromley released the second edition this summer. For his efforts to catalog more than a thousand local religious organizations, Harvard University invited him to become an affiliate of the Pluralism Project, which tracks America’s evolving religious landscape.

Bromley is deemed highly controversial in the world of cult studies. For one thing, he isn’t so sure that it’s possible to brainwash someone.

“Someone’s predisposition is just as important, if not more so, than a coercive or compelling message,” he says. “You’ll find more evidence by acknowledging the set of social and cultural conditions that make people adopt a certain view.”

This may sound like the position of someone firmly entrenched in liberal academia. It helps to realize, however, that humanistic fields — sociology, psychology, and the like — provided ammo for character assassinations during the satanic panic.

Bromley wants scholarly research to maintain civil and religious liberties, not justify a witch hunt. “At that time, we watched innocent day-care providers get hauled away,” he says. “Little kids were coached by psychiatrists to say such and such a person was a satanist.”

This predatory paranoia was covered in a collection edited by Bromley called “The Satanism Scare.” In it, Bromley discusses a 1988 Style feature, “Satan’s Victim: One Woman’s Ordeal.” Cassandra Hoyer claimed she had multiple personalities, one of which caused her to leave home at night to attend satanic rituals. Local police went on record saying they couldn’t stop sacrifices “until the High Priest’s hand is actually seen arching downward toward the sacrifice-victim-to-be.”

There was only one friend of Bromley’s who was willing to help local law enforcement.

“Normally I don’t talk about this anymore, but you caught me at a good time, so let’s do this.” That’s Robert Hicks, from his office at the Mütter Museum in Philadelphia, where he’s the director. He left Richmond a dozen years ago after serving in the Virginia Department of Criminal Justice Services. His job was to train police officers across the state on how to deal with cases involving satanic cults. Even if it was a rural police department with a handful of officers, Hicks was there, hashing out the evidence.

Maybe this conjures images of “Twin Peaks,” a television series about a specialist struggling with local police over a brutal, backwater murder. Set in 1989, the show captivated some and worried others with its breadcrumb trail of cult symbolism. In fact, Hicks encountered a similar situation, and it started to wear on him.

“You had to deal with this frenzied mentality,” he explains. “If there was no evidence, police said it was evidence that clever satanists had hidden it. If a kid said he hadn’t been subjected to a satanic ritual, psychiatrists would say the experience is just buried in the kid’s subconscious. ‘No’ meant ‘yes.’ It’s so ridiculous when you look back now, but we were so wrapped up in it.”

Hicks got wrapped up tighter and tighter. He was invited to speak on daytime talk shows like “Geraldo,” but declined.

As the talk show circuit picked up on this public panic, it seemed everyone was buying into the fear. Behind closed doors, especially at day-care centers, anything could be happening to America’s children. Conservatives with an agenda relentlessly exploited this fear as more mothers entered the work force, leaving kids with strangers. And anybody who raised a skeptical eyebrow — like Bromley and Hicks — became targets for retaliation and slander.

But he worked with Bromley, developing skepticism about the public fervor, and about faulty methodologies on the professional side of things.

Lately Bromley’s been working on an article called “Dangerous Religion.” Does he ever think about toning down his controversial views, lest he become vilified?

“If you aren’t doing controversial work, you don’t have anything to say,” Bromley quips. “The scare has moved on from satanists to terrorists.”

As he says this, world news outlets report the arrest of a Staffordshire University postgraduate student majoring in counter-terrorism analysis. The man was found reading a library book called “Terrorism Studies.” Authorities claimed the man was a terrorist but he was found innocent.