Acoustic guitar ingenuity with a side of humorous banter. 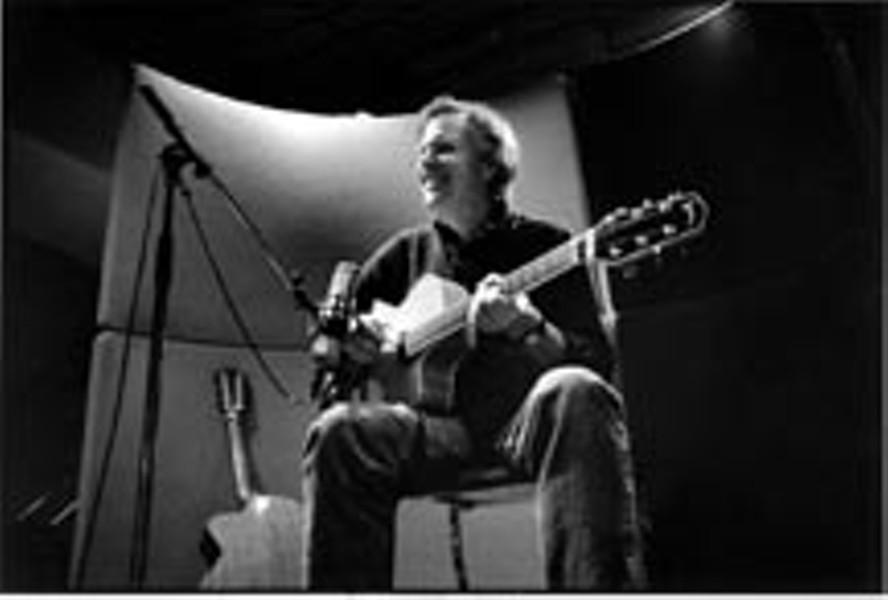 Hearing loss proved a mixed blessing when the resultant Army discharge freed Kottke to pursue music, and a midcareer bout with tendinitis forced the guitarist to adopt a more classical technique that ultimately reinvigorated his musicianship.

Kottke's persistent dexterity is never more evident than in live performance. And it seems fitting, given the cactus-themed album art and his possible arboreal past life, that Lewis Ginter Botanical Gardens hosts Kottke on Oct. 1.

Besides Kottke's virtuosity on both six- and 12-string guitar, attendees can expect to hear some of his trademark banter, delivered in a rumbling baritone. "That stuff is at the heart of performance," Kottke says of his extemporaneous soliloquies and exchanges with audience members, who often shout requests for tunes he recorded decades ago.

His readiness to wing it onstage was long matched by Kottke's meticulous planning for studio dates. But a recent collaboration with Phish bassist Mike Gordon (on 2002's "Clone" and a subsequent tour) coaxed Kottke towards a more improvisational approach this time around. "'Clone' raised the level of risk I was willing to accept," Kottke admits.

Among the songs from the new album in Kottke's current performance repertoire is "Monopoly." The fruit of improvisation, the tune is a reincarnation of 1976's "Death by Reputation"—hence Kottke jokingly refers to it as "Death by Repetition." The guitarist may also treat concertgoers to "Then," a new gem that highlights his ability to make 12 strings do two things at once. In sonorous, metallic tones that evoke his country-blues influences, Kottke keeps a steady rhythm while artfully dissecting his minor-key melody.

His allegiance to traditional popular idioms, as much as virtuoso fretwork, renders Kottke's largely instrumental performances engaging even for untrained ears. And while Gordon may have nudged him in a new direction, the duo's vocal harmonies and playful lyrics apparently tapped him out. Kottke shied away from the microphone when in the studio near his Twin Cities home, though "Try and Stop Me" does close with a version of the folk anthem "The Banks of Marble" that was previously recorded in L.A. with pals Los Lobos.

The song, penned by Les Rice and first recorded by The Weavers, holds sentimental value for Kottke. It was Pete Seeger's take on the labor-movement anthem that introduced Kottke to the 12-string guitar. "I'm grateful when I play them," says Kottke of such folk standards. When asked about the apparent gulf between the musical marches of yesteryear and the vitriolic protests of today, Kottke, who recently turned 59, says, "Songs aren't dying, radio is."

"I was in King's march on Washington, attached myself to a printers' union from New York," Kottke recalls. "I went to hear Bob Dylan and have a good time. It was a great time. A huge woman fell in the reflecting pool and came out laughing. A happy woman on a bright, sunny day. I think of her when I think of King's assassination. I don't think we need an anthem. ... I think we need more lullabies." S

Leo Kottke plays the finale of the Groovin' in the Garden concert series on Oct. 1 at 6 p.m. Tickets cost $10 for members in advance $13 at the gate. For others $12 in advance, and $15 at the gate. For more information call 794-6700 or visit www.groovininthegarden.com.