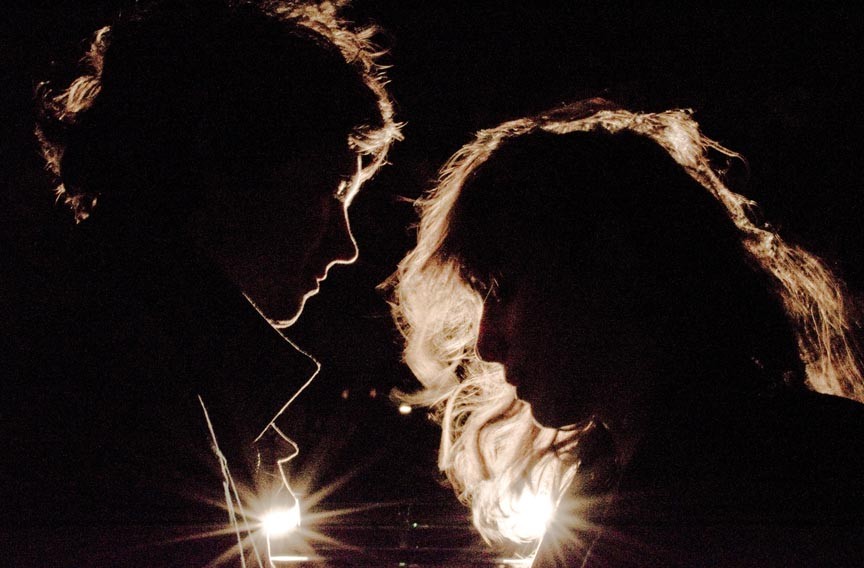 At least she has a sense of humor about it. "We don't take ourselves too seriously," Legrand says. "I do, however, think it's OK to be serious about what you do and really care about it." Legrand and Alex Scally's fourth album, "Bloom" (Sub Pop), is a testament to that attitude, obsessively prepared to indie-pop perfection. Their once-airy sound that drew inevitable Cocteau Twins comparisons has evolved into something much more expansive, brandishing synth swells and emotionally charged vocals while remaining distinctively Beach House.

Style: There's a post on the Beach House Tumblr page with a shadowy publicity shot and a caption that reads, "Remember when things were a mystery?" Do you think the songs lose something as listeners and critics alike deconstruct them?

Legrand: I think mystery has become endangered. Something we were really passionate about when we were beginning to do this album was making things feel special again, especially for fans and what we valued as artists. That's why we did vinyl and all that. Part of our attraction to it is just romance. You also used to be able to hide a bit better and it wasn't a problem. It's funny now if you don't tweet something or post your status for six hours, it's like you don't even exist. That's not good. I think time needs to go the other direction a little bit.

My understanding is that "Bloom" was meticulously crafted, yet it feels effortless. Were you ever concerned about over-editing it?

Dedication to the belief that something real and emotional, a story or vision, exists and chasing that is part of the craft. In the end, hard work and perseverance should ideally result in something that feels effortless. At the same time, Alex and I are not dissecting every second and killing the joy of it. There still has to be that spontaneity of when that light bulb went off in your head or your heart. That's always the thing you are trying to keep and preserve. It's a very intense balance, and it can go on for months and even years.

With that kind of attention to detail, when did you know the album was finally done?

You are never really done with recording an album, you just decide to let go. You are like, "I've done everything I can, otherwise I'm going to go crazy."

You've said before that you have a hyperactive brain. What are you creating at the moment, musical or otherwise?

We're deep into tour mode now. It's another step in the process of the life of an album. We're into the emotional and physical side of "Bloom" now, which is the performance. In terms of music, we're always writing little things. It's kind of a constant with us. It's probably why we put out records in a rapid manner.

You guys definitely make good use of light and shape in your shows and videos. How important are visual elements to your work?

Instead of hiring out to a big company, we are participants. By doing it yourself you continue to add value to what you do. That's very important to us. With these songs, we have set pieces that interact with light that we both designed and Alex built. We collaborate with our lighting director and discuss what we think is going on in each song. We are trying very simply and within our means to create an intimate, but physical experience for people.

Speaking of what people think, what are some of the myths you'd like to debunk about Beach House?

There are things that are repeatedly said that I think are outdated or lazy. The sound is definitely not lazy, especially not "Bloom." I get tired of hearing "woozy" and "misty." I actually don't feel light about it at all. I feel a lot of force. It's not quiet. In fact live, it's pretty loud! S