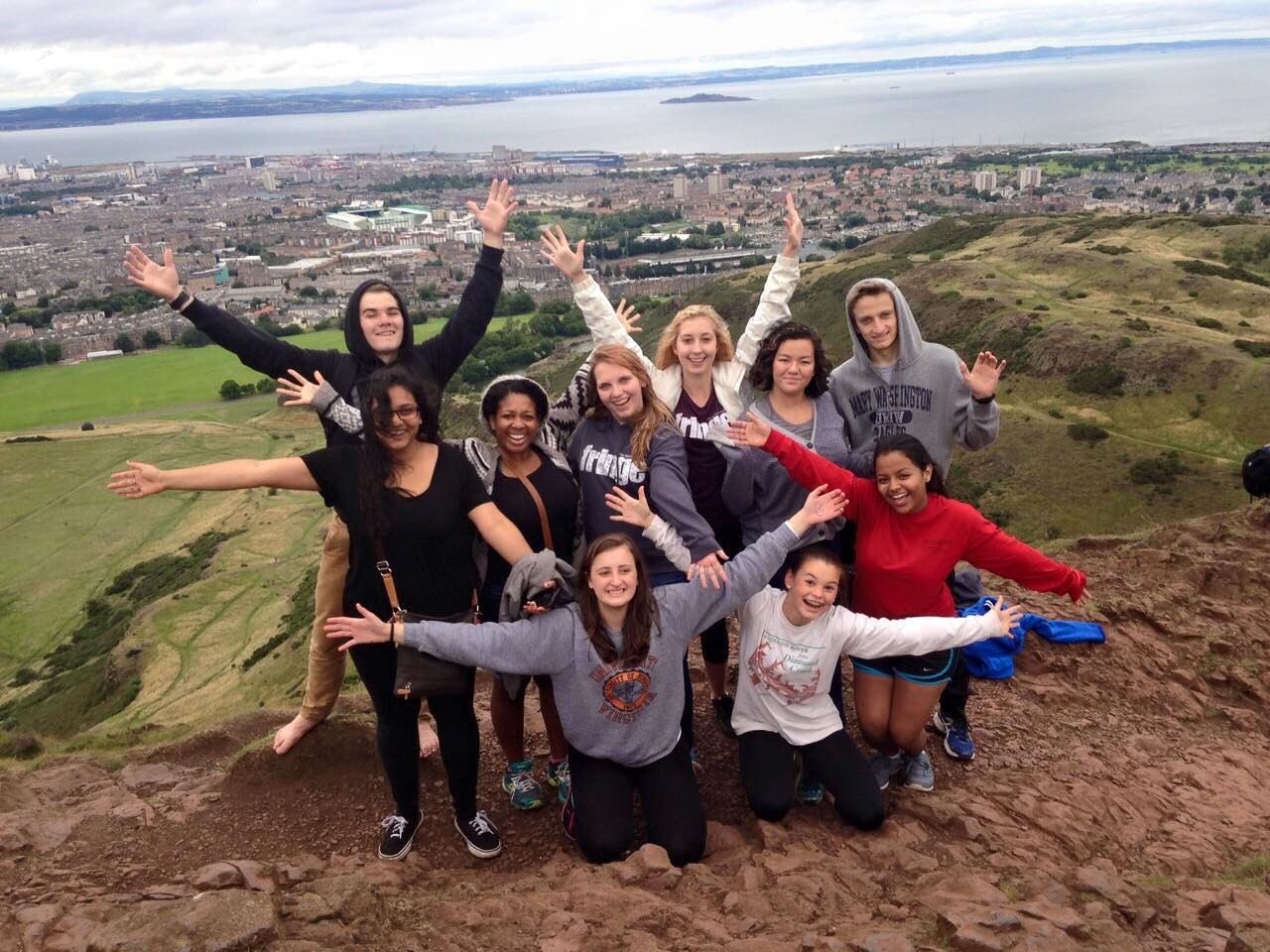 It’s a long way from being the underdog of Henrico high schools to the world’s largest performing arts festival: the Edinburgh Festival Fringe in Scotland.

J.R. Tucker High School intends to make that leap after being selected through the American High School Theatre Festival to perform at the Fringe next August, notably for the second time in three years.

While the school’s selection puts Tucker theater in the top tier of such programs in North America, it also comes with a hefty price tag. The cost per student for travel and lodging runs close to $6,000, a challenge given that more than 40 percent of the school’s students are on free or reduced lunch.

“The first time Tucker went, I didn’t go. I just couldn’t borrow $2,500 from my mom,” says Roy Arroyo. “But now in my sophomore year, my parents agreed: I’ve got to have this experience just once.”

Theater teacher Lisa Dyer and assistant theater coach Kate Ficklin are embracing the do-it-yourself spirit of the festival by writing a new piece, “Deleted,” for students to perform, a script at least partially informed by a faculty familiarization trip to this year’s Fringe to scope out venues and get an idea of the kinds of shows are performed. “My feeling is that it’s the largest international audience anywhere, so we should bring an original show that few, if any, have seen before,” Dyer says.

The 14 months between acceptance at the festival and getting on an airplane are devoted to fundraising of every stripe, including a silent auction at Crossroads Art Center in August, in order to raise at least half the cost of the trip for each person so as many as 20 students can participate. Already, students have worked at a Renaissance fair, held spirit nights at local restaurants and amassed nearly $10,000 in auction items from local businesses for a silent auction Despite a busy school year ahead balancing academic loads, part-time jobs, home responsibilities and rehearsals, the teenagers headed to Fringe happily spent the summer jumping on the fundraising bandwagon.

Shy by nature, Jillian Bennett got involved after hearing raves from upperclassmen who’d previously gone to Fringe, not only about how much fun it was, but how much they’d learned. “With fundraising, you have to speak up for yourself in different places asking people to help us with this awesome opportunity.” For her, it’s more challenging than reading a script.

“We carry cards and sheets about fundraising events like the silent auction in both our cars and hand them out to store managers wherever we go,” says Austin Winecoff. “Like I went to the doctor the other day and asked if I could hang a card in the waiting room.”

Some of that youthful exuberance will be channeled into a full season for Tucker’s Shoestring Players that includes “Bring It On,” with music and lyrics by “Hamilton” creator Lin-Manuel Miranda; “Decision Height,” the winner of the Kennedy Center best new play award in 2013; and Tucker’s fifth annual production of “Movements,” a talent showcase that benefits a local charity, this year, Housing Families First. Like the drama queens and kings they are, all the students involved admit they’re hoping to be chosen to perform “Delete,” but also acknowledge they’d happily do crew - lighting design, sound design, set construction or stage management – just to be part of the experience.

As for Tucker’s underdog image among other Henrico County high schools, these students see their success as emblematic of the school’s diversity and drive. “It’s an honor to be able to represent Tucker,” Jude Diederich says. “To know that out of all these other schools we made it, when we don’t have people with parents who just write checks.”

Through earning the privilege to go, students have taken ownership of it.

“The kids who went to Fringe last time say it was a pivotal moment in their youth,” says Corinne Martin. “We love theater and it’s something we want to do for the rest of our lives. Fringe is going to be the kind of moment that changes a lot of us.”