A local author speaks to his mother through images. 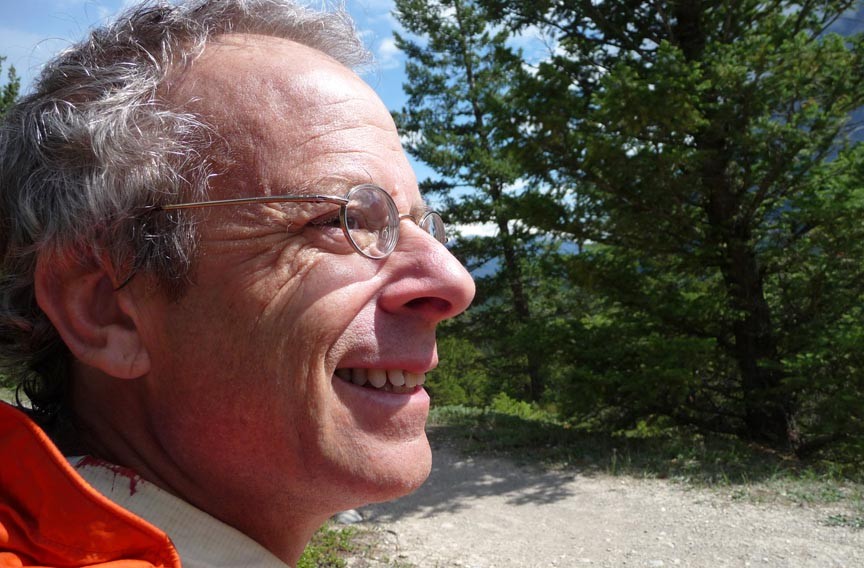 Two years ago, author Eliezer Sobel noticed his mother flipping through a magazine, reading the ad copy aloud. What made the act unusual was that Mrs. Sobel was deeply affected by an advanced Alzheimer's condition. With every brain cell the disease killed, it took away more of her ability to reason and learn. Finally, it was stripping her even of the use of language.

The only language she spoke was the nonsense kind — a series of disconnected pseudo-words hanging onto an imitative cadence that nearly suggested grammar. If it was a code, Sobel never figured it out. He just answered back in gibberish as if they had the ability to communicate. And he'd take it, especially over the alternative of nothing at all. To that point, that moment when he heard her read "Rolex" or "Cadillac," he already thought she'd slipped beyond him.

After trying it with magazines, he started searching for anything that might be a better solution for people dealing with acute memory loss. There were tons of resources for him and caregivers, but nothing directly for her, nothing in which she could really participate in any meaningful way. He decided to create something himself. He didn't dream it would be therapeutic; he knew it wouldn't reverse the symptoms. He simply loved to feel connected with her in that way, as if they were reading together as they once had and truly sharing the moment. 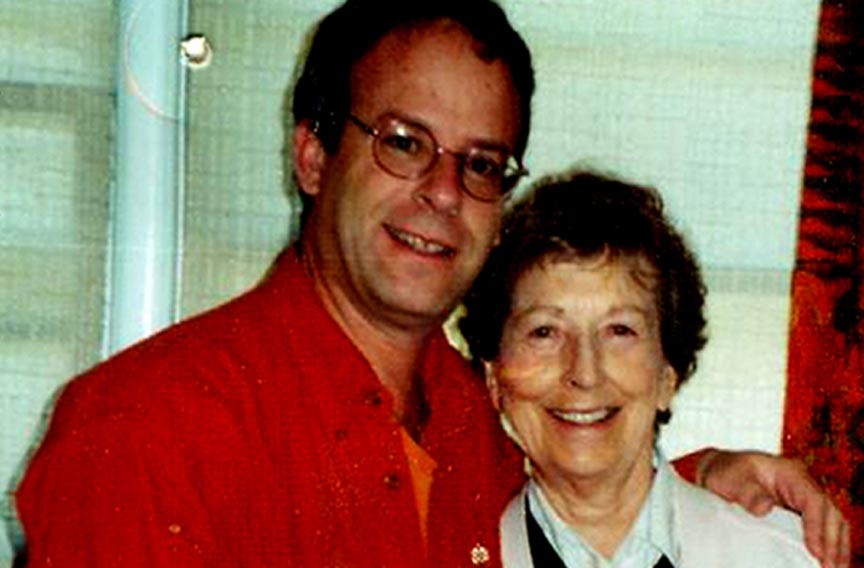 Two years later, Sobel offers "Blue Sky, White Clouds: a Book for Memory-Challenged Adults" (Rainbow Ridge Books, $19.95). It longs to be a fleeting success. By this, I mean its achievements are merely flashes of recognition, a shared interpretation that's ultimately incommunicable and quickly gone.

The book is comprised of a series of beautifully photographed images, one per page. These are easy-to-recognize subjects, archetypes of somewhat timeless existence: a bird, or a baby, or the moon at night over the ocean. Beneath the big image is a short, large-print caption that precisely describes the image: "Happy people dance on the street," "the girl plays the piano," "a blue lake by the mountains."

Now that it's published, Sobel acknowledges that he never got the chance to use it as he intended. His mother's disease progressed past that possibility. But he says he felt connected to her in those earlier days when they read magazines together.

Perhaps this goes to his pedigree as a student of the spiritual. Sobel has been at the robe hems of "Satchidananda, Krishnananda, Kriyananda, Muktananda — the whole -ananda family," he says, real Dalai Lama-esque teachers and gurus. He's weathered the entire new-age-era shoulder shrug, locking himself away in Buddhist monasteries, enrolling in Erhard seminar training sessions, and retaining a decent cynicism and humor about what he and others seek and how they fall short. In the '70s, he was the editor of The New Sun and later of Wild Heart Journal. He's a spiritual journalist, a freelancer who blogs for the Huffington Post and Psychology Today, among others. Sobel likens himself to "a scout sent ahead to report back," the kind of guy who goes the distance to "save others a lot of time."

In the end, I'm not sure if this book actually works or if people with severe memory loss can process language or images in any sharable way. But I'll take Sobel at his word. I believe it. And if you want to try believing it too, simply open it up to that first page: There will be an image of "a tiny yellow bird" held in the palm of a hand, which may just as well be awareness itself or the memory that alights for a surreal moment before it takes flight again. S

"Blue Sky, White Clouds" and information on Sobel's writing and workshops are available through his website, blueskywhiteclouds.com.