Vowing to fight till the end, a group of Benedictine’s new neighbors protests the school’s impending move. 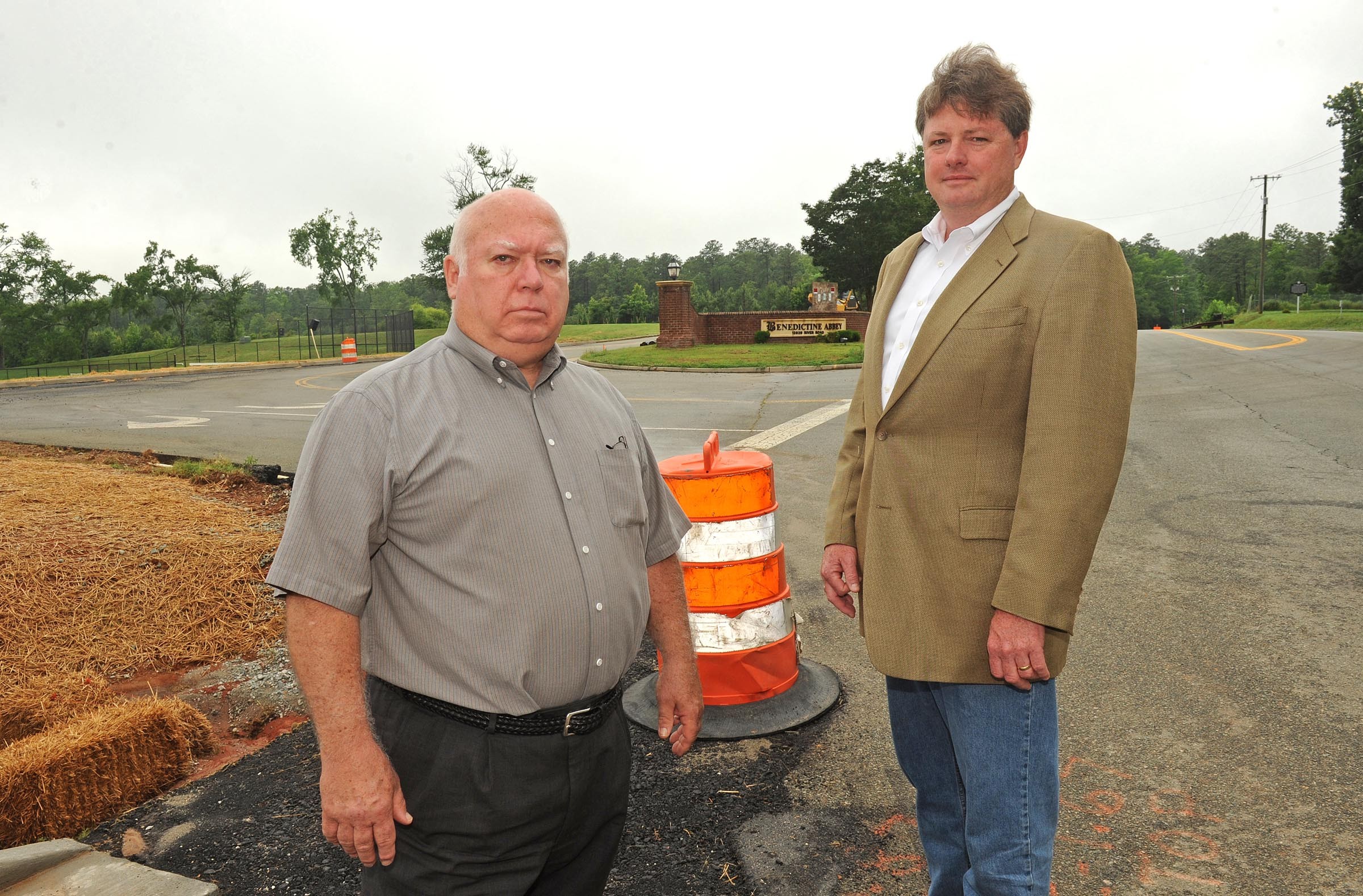 Graduation is over, but the controversy isn't.

After more than 100 years in the Museum District, Benedictine College Preparatory is scheduled to move into a new $6 million, 160,000-square-foot facility on River Road in Goochland County at the end of this summer.

The school is moving from its North Sheppard Street campus behind the Virginia Museum of Fine Arts. But a group of neighbors calling itself the Friends of Goochland are hell-bent on fighting the move, and it's turned to a Benedictine graduate for help.

"We've been acting to stop this for more than two years now," says David Pendergrast, who lives a few hundred yards from the new school. "The main issue is the increase in traffic. There's already 2,500 cars a day on River Road and even the traffic engineers will tell you it's just not rated for that. … It creates a problem."

To ease the traffic burden on River Road, the school was required to expand the highway and add a turning lane, which includes expanding storm-water collection features.

But the changes made to River Road don't meet the conditions placed on the development and are out of step with environmental regulations, says Patrick McSweeney, a graduate of the school and a lawyer for the aggrieved neighbors.

The neighbors have opposed Benedictine's move every step of the way. With their backs to the wall and time running out, they're trying to block the school from getting its final certificate of occupancy from the county. That would throw a monkey wrench into Benedictine's plans to open by the fall.

But the school's headmaster, Jesse Grapes, says Benedictine has complied with storm water regulations, and that the latest attack from the neighbors was baseless.

"They've tried a number of legal actions to block our move to Goochland and have lost each time," Grapes says. "They are grasping at straws that are pretty short. This seems like their last effort, or at least I hope so."

The school, which has about 270 students, is affiliated with local monks, the Benedictine Society of Virginia, already on the River Road campus.

A reserve Marine officer, Grapes says the school is packing up and preparing to move this week, and expects to receive the certificate of occupancy in August ahead of the school year.

"The status of the construction is, we are on time and on schedule," he says.

The lawyer, McSweeney, says he's basing his opinions on the storm water issues on an independent engineering assessment. But County Administrator Rebecca Dickson says the county has looked into the storm water issue and finds no evidence the road improvements don't meet standards.

"The standard is that there should be no more runoff after construction than there was before," she says. "We went out and checked on this after the most recent rain event and there were no drainage issues present."

McSweeney argues that county administrators never should have approved the school's plan of development. He's taken his case to the county's Board of Zoning Appeals. It will decide in July whether to hear McSweeney's argument. If he gets his way, the board could decide that the plan of development shouldn't have been authorized and effectively could block the school's certificate of occupation.

McSweeney says he also plans to sue the Virginia Department of Transportation for approving the changes to River Road, forcing them to be considered by the circuit court. Spokeswoman Dawn Eischen says the department can't comment on its role in the road access issue because of the pending litigation.

Dickson, the county administrator, says the school's on track and should have its case to open up shop heard by the county in August. "We are working with them to get open by the fall," she says. "They've made significant progress and I think they will be in a good position to have their certificate of occupancy considered in the coming months."

Despite all the legal flack, Benedictine's Grapes says he's committed to being a good neighbor.

"I think it's a true statement to say that the majority of homeowners in the area support what we are trying to do," he says. "Because what this does — having a prestigious academic institution in the area — it raises their home values." S