Why Petersburg's Sycamore Rouge may be forced to shut its doors. 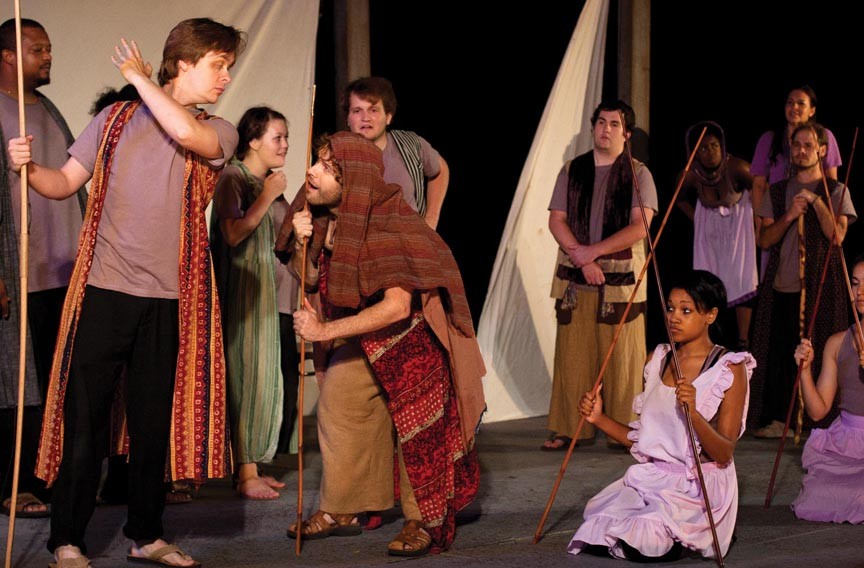 If a sycamore falls in Petersburg, will anyone be around to catch it?

That's the question that theater company Sycamore Rouge is about to find out while it attempts to raise $300,000 by June 30. If the company doesn't succeed, it could mean Petersburg's lone theater will have to shut its doors.

Earlier this year Sycamore was informed that in the aftermath of the recession, major financial backer the Cameron Foundation would be unable to continue funding the company. The announcement couldn't have come at a worse time, with Sycamore about to refinance a five-year balloon payment on its theater-space mortgage.

"It was very frustrating," says KB Saine, the company's producing artistic director and chairwoman. "We knew we had to take immediate action."

In order to purchase the building and make up lost funds, the company has launched the Cornerstone Campaign. It was a quarter of the way toward its $300,000 goal at press time.

What's at stake reaches beyond plays and cabarets. Petersburg has suffered economically for decades, and the city's Old Towne has seen measurable benefits from the crowds that Sycamore shows attract. Aiding in the renewal of Petersburg has been part of the company's mission since it opened its doors six years ago.

"Sycamore Rouge is an integral part of our revitalization," says Petersburg Mayor Brian Moore, who lauds the company for its effect on the economy and for its outreach in the community and schools.

Losing Sycamore would be a tremendous loss, he says: "We're looking at Sycamore Rouge as being the phoenix out of the ashes, and being a big part of the resurgence of downtown."

Vincenza Crapa, owner of Maria's Café and Italian Restaurant, an eatery across the street from the theater, echoes the mayor's thoughts.

"We need more reasons for people to come down here," Crapa says, adding that even when shows aren't being performed, actors in rehearsal frequent her establishment.

To better focus on its fundraising endeavors, Sycamore has canceled its next production, the pre-Civil War interracial love story, "The Darker Face of the Earth." The play was scheduled to open June 22 on the lawn of the historic Battersea house.

"This is one of the best things we have down here," Crapa says of Sycamore Rouge. "We need all the help we can get." S