Under deadline pressure, the Richmond School Board is giving the public its one and only chance to meet three superintendent finalists this week.

The three will be introduced during a community forum at Albert Hill Middle School on Dec. 18 from 6-9:30 p.m. The finalists are: Dana Bedden, a former Irving, Texas, superintendent; Anthony Jackson, superintendent for Rocky Mount, N.C.; and Calvin J. Watts, an assistant superintendent in Gwinnett County, Ga. 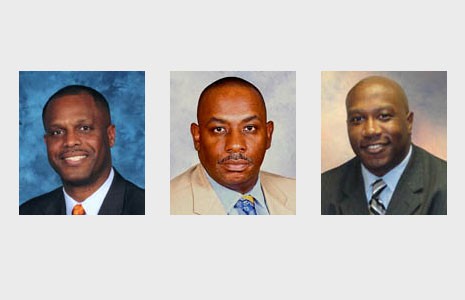 "It is critical that we have the right person at the helm who not only has the vision and expertise to steer us in the right direction, but who also has the support of the community," School Board Chairman Jeffrey Bourne said in a statement.

The board is set to choose the superintendent at its Dec. 23 meeting, four days before the deadline set by the state Department of Education. Virginia school districts must fill superintendent vacancies within 180 days or the state will do it for them. Richmond's School Board sought — and was denied — an extension.

Member Kim Gray says she would rather take extra time than rush through such an important pick. It's unlikely the state would be able to name a replacement before the board makes a decision, she says.

"I'm not happy about the way this has gone down," Gray says. "It's almost like doing your midterm the night before it's due."

Board member Mamie Taylor says she also has concerns about the abbreviated public process. "I'm just hoping for the best at this point," she says. "All three candidates have potential, I just don't know if I've seen that 'it' factor thus far. We've had a limited amount of time to engage the candidates."