Film: The trailers will tell 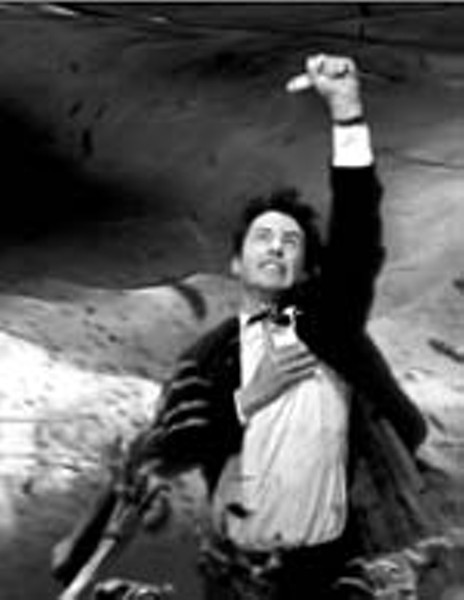 Supernatural thrillers are other favorites, though they are arriving with such ferocity of numbers that what I'm afraid of most these days is sitting through all the previews. "Boogeyman," about a young man facing the fears of his boyhood bedroom, jumps out of the corner first in February, followed in March by Naomi Watts in the sequel "The Ring Two" and Adrien Brody in the amnesia tale "The Jacket." If it's anything like most cases of amnesia on film, it's likely to be quickly forgotten.

Not forgotten this season are family films, from animated flicks to movies featuring diapers changed by Riddick. That's right, if you haven't been blinded by a preview yet, "The Pacifier" is set to open in early March, starring Vin Diesel as a Navy SEAL guarding the five rug-rats of a slain government scientist. Other notable family flicks range from Danny Boyle's heart-warmer "Millions," about a kid who sees dead people who happen to be saints, to the animated future fare of "Robots," starring the voice of Ewan McGregor. McGregor also lends his voice to a scrappy pigeon in the April Disney release, "Valiant." And another Disney release, "The Hitchhiker's Guide to the Galaxy," in May, should be an enormous crowd-pleaser.

As usual, adult fare is scarce. These movies, if they aren't fit for last-minute Oscar contention, tend to huddle in the anxiety of late spring, right before the first blast of summer blockbusters. "Million Dollar Baby" screenwriter Paul Haggis directs "Crash," an intersecting-lives story in the mold of "Short Cuts" and "Magnolia." Also look for Sydney Pollack's Nicole Kidman/Sean Penn project "The Interpreter," the gritty J.J. Connolly crime story "Layer Cake," and "Palindromes," another fit of distemper from "Happiness" director Todd Solondz.

And then comes the end of spring, marked not by the traditional summer solstice this year, but by the May 19 release of "Star Wars III: Revenge of the Sith." In a fitting testament to the way things work, so far, no other movies are scheduled to brave the force of that behemoth until the following weekend. — Wayne Melton