Film Review: "Arrival" Makes a Fool of Itself in Multiple Dimensions 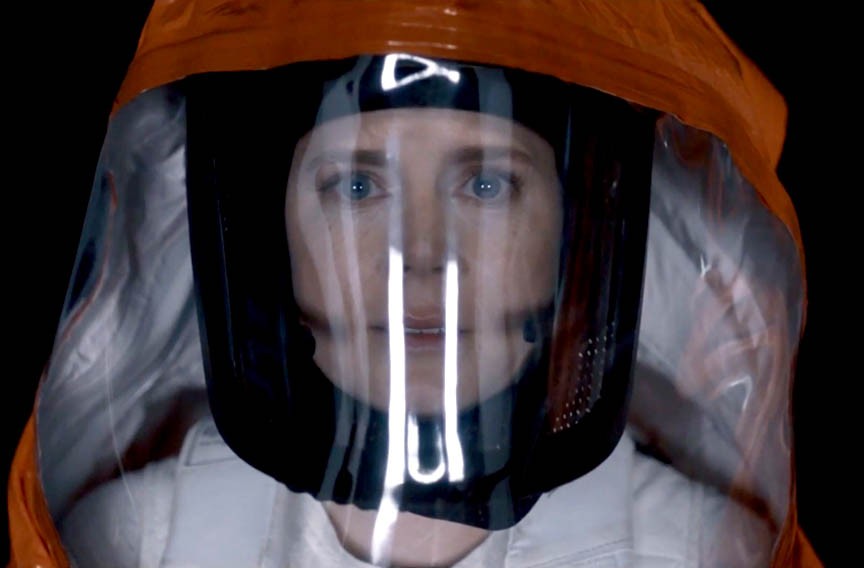 Trying to make serious sci-fi is a laudable effort. Especially when you back it with talented craftsmen like “Prisoners” director Denis Villeneuve and “Selma” cinematographer Bradford Young.

Villeneuve is still riding high off of “Sicario,” where he took audiences on a thrilling if somewhat implausible trip through the Mexican underworld, and is slated to helm a long-threatened “Blade Runner” sequel.

So it is disappointing to find out that “Arrival,” about 12 alien craft that show up around the Earth one day, is as goofy as any summer blockbuster built by Hollywood charlatans, but totally by accident. This movie is serious, and seriously idiotic.

The film launches when Colonel Weber (Forest Whitaker) knocks on the door of Dr. Louise Banks (Amy Adams), one of the world’s leading linguists. Uncle Sam needs Louise, we learn, because it needs to find out what the aliens who just landed are trying to tell it.

Louise’s introduction to the aliens, alongside leading astrophysicist Ian Donnelly (Jeremy Renner), admittedly is, in a Christopher Nolan-“Interstellar” way, absolutely stunning. It conveys mind-bending notions of gravity and space with silent-film era visual confidence. Unfortunately this fantastic sequence is also prelude to the film’s worst moment.

You may be questioning something important already: What good is a linguist for communicating with space aliens? Don’t you need someone a little more science-y, a little more in tune with SETI, perhaps, like a Carl Sagan-type who can theorize how best to communicate with exoplanetary beings when language is an insurmountable barrier? Wouldn’t it be easier to throw languages out the window altogether and figure out another communication method?

Louise’s initial attempt to communicate, right after the super cool gravity sequence, could make you fall out of your seat laughing. Rather than try to think of some easy starting point, like establishing binaries (yes/no; up/down), Louise grabs a dry erase board, writes “Human” on it, and starts pointing to herself. “Hey [Alien beings], look, ‘human.’ ‘Human’.”

Um, seriously? They needed a linguistics expert to think of that one?

From here the story doggedly tries to force feed us the nonsense that it is better to spend time working out the alien’s written language than simply establish a new shared code. It’s like a bad “Star Trek: The Next Generation” episode set in a $50 million dollar film, without any fun.

Louise might as well be trying to learn the language of a dog or a dolphin. Did the filmmakers not bother to read or even watch “Contact,” written by Sagan, in which an alien species (smartly) communicates with, hello, pictures, the very same method a film uses to communicate with its audience?

With all due respect to “Story of Your Life” writer Ted Chiang and adapting-screenwriter Eric Heisserer, what unfolds in the movie after first contact is absolutely moronic. We even get an especially silly scene in which Louise is pulled aside by Colonel Weber to perform an emergency translation of messages intercepted by a Chinese general: because the highest ranks of the U.S. military obviously would not have a native Mandarin-speaking translator at their disposal. Louise is their only hope!

That’s the kind of logic found in “Transformers” movies. And we haven’t even gotten to the film’s foray into time travel. The communication barrier becomes especially grating when we find out that the aliens have arrived on Earth bearing an important message, from the future. Yes, you read that right: The aliens have access to the future (“they don’t experience time like you and I,” one character gravely notes) yet they arrive completely unprepared to communicate their dire message.

If you had access to space and time, and had an important message to deliver across the universe, you probably would figure out the best way to deliver it before you got in your spaceship. You wouldn’t arrive with your arms, or flippers, or tentacles up in the air like, “oops, probably should have brought a PowerPoint presentation.”

Here’s a free tip for aspiring writers and filmmakers: take on one wacky sci-fi genre at a time. Don’t do what “Arrival” does, and make a complete fool of yourself on multiple dimensions at once. (PG-13) 116 min.