Oscar-winning "In a Better World" explores the nature of violence. 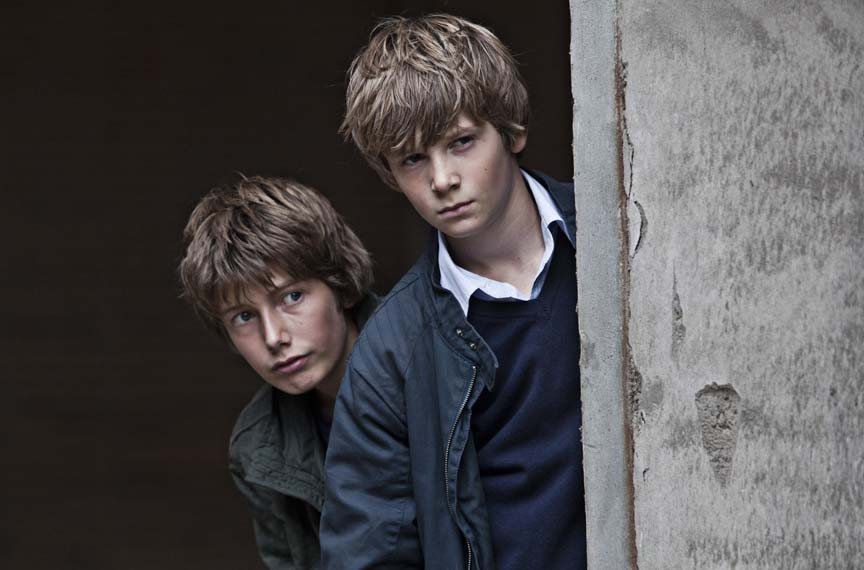 "Biutiful" filmmaker Alejandro Gonzalez Inarritu would do well to study "In a Better World," the latest by Danish filmmaker Susanne Bier ("Brothers"), and not just because his film lost out to Bier's both at the Academy Awards and Golden Globes.

As Bier's movie shows, it's not enough to scourge characters with tragic circumstances, no matter how interesting the cinematography or how resonant the leading man. Suffering needs a point, and the more suffering there is, the more it needs it. While not a perfect movie, "In a Better World" has more to say than life is hard and people suffer. It's also an entertaining story.

It revolves around two sets of families, both struggling to make sense of a world where life doesn't always work out the way one might want it to. In one a doctor (Mikeal) spends part of his time helping the sick and wounded in an African country plagued by vicious warlords. Back home, his son, Elias (Markus Rygaard), a gawky adolescent with braces, is harassed by school bullies, one of whom gets his comeuppance when he picks on Christian (William Johnk Nielsen), a new kid whose mother's death has fostered a resolve to get even with the world. The tragedy has estranged the boy from his father (Ulrich Thomsen) and leads to increasingly antisocial behavior. Christian and Elias become friends, and their immature response to an altercation between two adults leads Bier's gradually unfolding argument through some trenchant observations about the slippery nature of violence.

No review would be complete without pointing out the superb work done by Nielsen and Rygaard. Movies involving children live and die on their performances, and in this the film is an unmitigated success. Its points may at times seem slight for an Oscar winner, but they never get in the way of simply enjoying Bier's film, which earns its accolades by weaving disparate story elements and characters into a coherent film that doesn't dither on its responsibility to say what it's trying to say. (R) 113 min. S

In a Better World (Haevnen)