A music and zine project aims to help survivors of sexual violence. 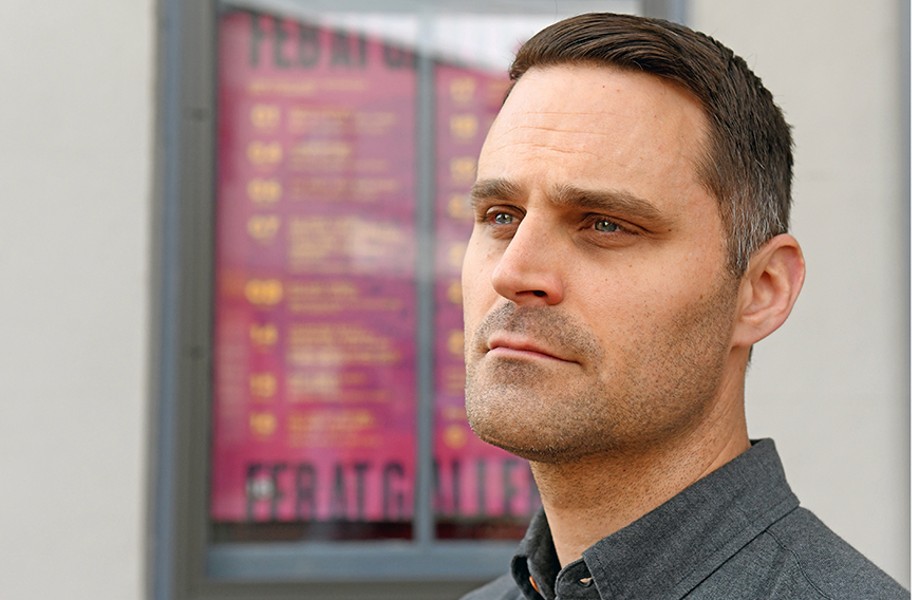 Scott Elmquist Brad Perry started the group Caverns of Pine and its associated projects to raise awareness and funds for sexual trauma survivors.

Brad Perry conceived of Caverns of Pine as a musical project dedicated to the various ways people survive the trauma of sexual violence.

He’d been motivated after watching people important to him deal with sexual violence, beginning when he learned at age 12 of the abuse his mother had suffered. Although he was young, that knowledge made him reassess the safety and security of his sheltered middle-class existence, challenging some of the more toxic pressures of masculinity.

Perry began to look for outlets for the confusion, sadness and rage he felt after learning that someone could choose to violate another person. That’s how he found punk and metal, realizing that listening to it and playing it was cathartic.

“It could even be comforting when not much else was,” he recalls. “So Caverns of Pine is really just an extension of that, but with the benefit of having some years of perspective.”

When Caverns of Pine released its debut album, “Disassociate,” in March 2018, there was never any question of the band touring. Technically speaking, there was no band, but rather a group of Perry’s talented musician friends who’d made time to record but had other commitments. Two years later, the band will be playing live for the first time at Gallery 5.

After decades of playing in bands - Worn in Red, Washers, Skyline Awake and Forensics — Perry shifted his focus to Caverns of Pine three years ago, designating all profits from digital sales of “Disassociate” to be donated to a nonprofit that aims to support sexual trauma survivors and disrupt rape culture.

Rather than produce a physical record or CD, the album download code was accompanied by a photo zine as a means of providing something people could hold in their hands and look at while listening. Brittany Lynn Justice and Dan Wagner of Studio Somewhere designed the zine, using Brittany’s illustrative interpretations of the song lyrics.

Last year, Perry approached graphic designer Bizhan Khodabandeh, an assistant professor of advertising at Virginia Commonwealth University, about doing a comic responding to the songs. Not sure he had the time to do it alone, Khodabandeh suggested enlisting other artists — Katie McBride, Al Lukehart, Autumn Haynes, Daniel Torraca and Morgan Sawyer — and have each do a single page with multiple panels or a single panel to communicate the song’s vibe.

The song Khodabandeh selected was about a survivor imagining fighting back.

“So I thought the backdrop of someone training Muay Thai boxing would be a good theme for the piece, as well as for me because I trained Muay Thai for 6 or 7 years,” he says. “The imagery takes us through the process of someone putting on their hand wraps, jump-roping and ends with them practicing kicks and punches.” The text appears both as narration and as a graphic element in the background of the comic panels.

Perry has now found a way to have the comics exhibited, along with Justice’s photo zine and the album cover art created by Stefanie Lutz. Calling the event “All Instinct: A night of music and art in solidarity with survivors,” the art exhibition features works based on Perry’s Caverns of Pine lyrics and will remain on view through the end of March.

“For twelve years, I worked in the sex violence prevention field doing focus groups, writing articles and doing training all over the country,” Perry explains. “I heard a lot of stories and perspectives on healing, navigating the world one year, ten years after the violence, so my songs came from many different perspectives.”

Perry makes it clear that to lyrics about sexual violence in general can be a very raw experience for some survivors.

“For some it’s triggering and for others, it’s cathartic, so it’s a double-edged sword,” Perry says. “Plenty of bands do the direct lyric thing very well, like War on Women, but I come at lyric writing sideways rather than directly because I don’t take the triggering of PTSD lightly. We’re going to let the art do most of the talking.”