This somber and action-heavy adventure leaves no room for fun or surprises. 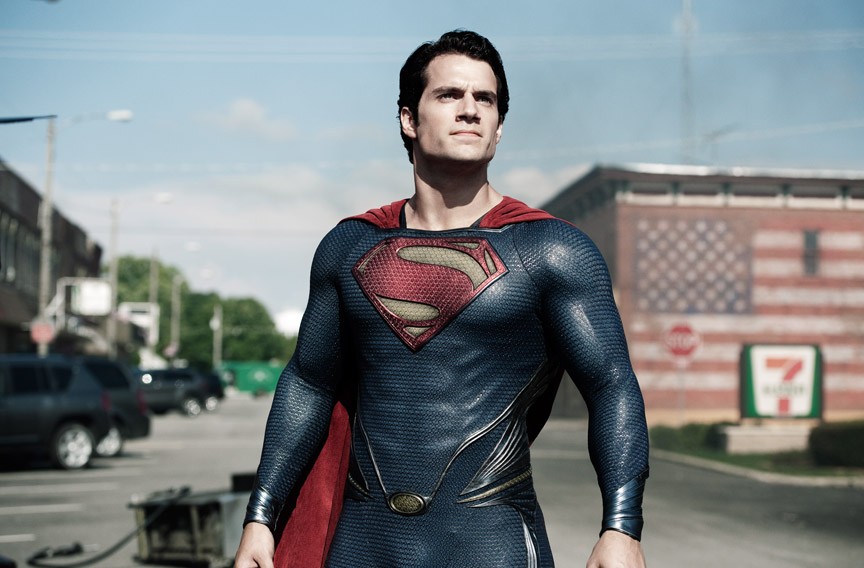 In “Man of Steel,” Superman (Henry Cavill) doesn’t leap over tall buildings in a single bound, he smashes through several in one bounce. The Warner Bros. reboot is long, loud, expensive eye candy, high on production value but low on wit and subtlety -- just how they like them in the booming overseas market, where the big studios cast their most avaricious gaze. American audiences may split over the film’s merits and transgressions, but it’s a delusion worthy of Zod (Michael Shannon) to think anyone behind the film cares.

Superman is supposed to be an embodiment of freedom and hope, but what marks “Man of Steel” most is its craven subservience. Is it big? With lots of special effects? Does it loft quotidian drama onto an obligatory Wagnerian score? Certainly, but that’s all perfunctory and predictable. “Man of Steel” is directed by Zack Snyder, but he didn’t turn in the crazy personal vision some feared from the man behind “Sucker Punch.” There are curiosities here, but the important elements simply recall recent action and spectacle-heavy hits such as “Avatar,” “Transformers” and Christopher Nolan’s “Batman” trilogy.

Written by Nolan and his “Dark Knight” scribe David S. Goyer, “Man of Steel” shrouds Superman in the trappings of a contemplative new vision, but it’s too stuffed with sights, sounds and overblown gravitas. There’s no room for a story, only plot. It begins on Krypton, a planet in its death throes, presumably suffocating from too much art direction. The plot then moves to Earth, where we get a nonlinear version of Superman’s upbringing as Clark Kent, condensing the character into brief alternating scenes of his childhood and early adulthood. Mind you -- only the episodes lending themselves to action. (Locals will be looking for Robert Cooper Timberline, son of Style Weekly theater critic David Timberline, appearing as the younger of the young Clark Kents.) Clark saves people when he can, and gives that oh-so-moving cry of despair to the heavens when he can’t. The film’s second half is a showdown with the bad guys, dispensed in several installments. Half of Metropolis is demolished and a fantastically preposterous machine attempts to destroy humanity.

Aside from the occasional, brief pause -- a routine father-son talk between Clark and his Earth dad (Kevin Costner) here, the hasty introduction of an important character like Lois Lane (Amy Adams) there -- “Man of Steel” moves from one big action sequence to the next without a breather. Like the 140-minute version of a studio theme park ride, the unrelenting visuals and noise eventually become a chore.

In the Krypton scenes alone we bear witness to warships, volcanoes, hyperdrives, flying dragons, and talking machines that look inspired by an old Spencer’s Gifts display. Down on Earth, there’s less weirdness but even less character development, with the film skipping over anything that might strike a viewer as “talky.” Lana Lang is mentioned. We see a sign that says “Smallville.” An impressive cast is marched in by ones and twos to deliver canned dialogue. Who thought Michael Shannon would be a convincing general? A villain, sure. A maniac, you bet. Fearsome and dreadful? No.

Snyder’s imprint is apparent mostly in what the movie lacks, namely a sense of propriety or proportion. The screenplay, for no apparent reason, heightens the Christ parallels inherent to Superman -- in this version he’s 33 when called upon by his father to save the world from the temptation of the raving Zod -- which Snyder doesn’t shy away from. He bathes Kal-El (Superman’s birth name) in soft, stained glass lighting when he seeks the counsel of a priest. Why is he talking to a priest? No matter. Snyder shoots coffee pots and doorknobs with the same low-angle reverence, the movie ladling on the same syrupy Hans Zimmer score. Remove the action scenes and this could be the longest, most expensive dog food commercial ever filmed, dappled in quaint and empty suburban sentimentality, Russell Crowe’s Jor-El providing the solemn, noble virtue guff.

It’s become as clichéd to criticize these trite banalities as to make them. To some moviegoers this movie will be great summer fun just because they’ll get to see Superman created by the same money and technology behind their other favorite comic book films. Others will make a trip to the theater out of curiosity, and still others will prefer to watch the 1978 version at home. There are corny embarrassments in there, too, but at least it’s fun. (PG-13) 143 min.