The Beals brothers bring music to their family farm with the Haymaker Festival. 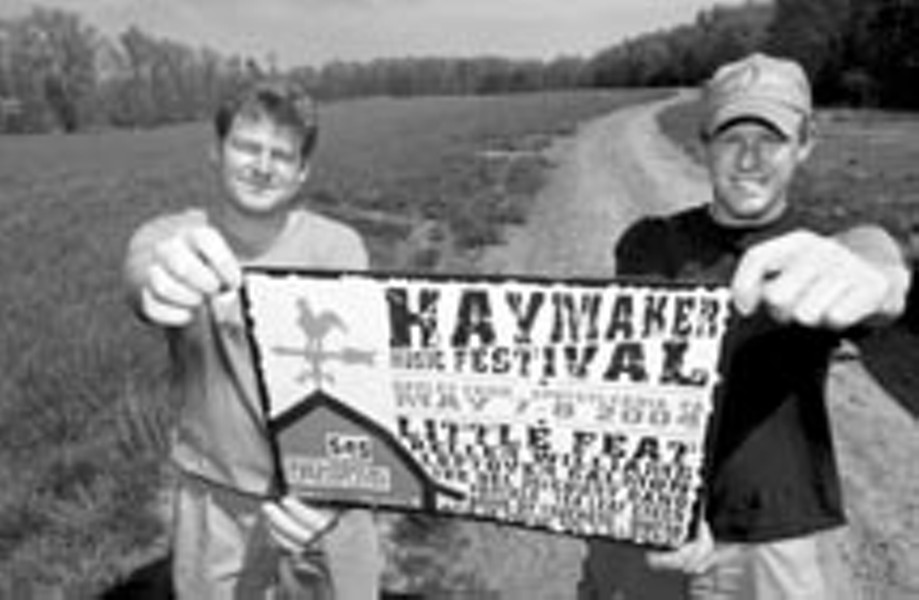 “Awesome,” Jonas says softly as they exit the truck for the trek back to the main house.

Whether sinking a new truck in the mud is truly awesome may be open to debate. But the term could apply to components of the Haymaker Music Festival. The Bealses’ family home, 3,800-acre Oakley Farm, is a natural location for such an event. Tom, Jonas and third partner Steven Leighty have organized four music showcases on the site. They were variously dubbed the All Good Festival and the Freek Festivals.

“What really kick-started it for me,” Tom explains, “is that I have a lot of emotional attachment to the farm. So much of the county is being developed, we wanted to find alternative uses for the land here. We were looking for ways to keep the farm afloat and find low-impact recreational uses.”

The first Haymaker gathering — described by Jonas as “ a full blown hippie fest” — took place in 2002. The expansive, 250-acre pastoral landscape that abuts a timber plantation is a natural performance area, campground and parking lot. A former hay barn will shelter one side stage while the two main stages are planned on opposite ends of a flat plain. The main house on the farm is an imposing brick Federal home built in 1816, and it makes an impressive centerpiece for the event.

When it comes to the music, the lineup promises quality and variety, with a strong preference toward Americana and roots music. “We really like working with bluegrass bands; they’re just real laid back,” Jonas says. “Ultimately, we just like the music. We think it’s worth hearing.” In picking performers, Tom, Jonas and Steven culled bands from a list of 100 based on the groups’ style and draw, and the festival budget.

Performers this year range from the rock of headliner Little Feat to the bluegrass of Del McCoury to the electronica of Particle. Leftover Salmon adds the jam element, while the raucous, old-time sounds of the Hackensaw Boys are also slated. Several popular Richmond-based bands such as Old School Freight Train, Jackass Flats and Homemade Bread will play as will alt-country stars the Drive-By Truckers.

The show is set for Mother’s Day weekend, so family activities such as a nature hike and face painting for children are scheduled. Festival-goers camp next to their cars and coolers are permitted. Food and drink will also be available from vendors.

A portion of the profits will go to help keep Oakley Farm and its conservation efforts running. Other profits will go to the Dr. Jocelyn Leighty Rodgers Memorial Scholarship Fund for the Virginia-Maryland College of Veterinary Medicine.

The promoters acknowledge that attendance has been reduced at some smaller festivals recently because of competition, and that profits are not a given. “Bonnaroo has really taken a lot of money out of promoters’ pockets,” says Tom, referring to the jam-band festival in Tennessee that attracts 80,000 fans each June. But the promoters are committed to the production for both business and personal reasons. The Bealses come from a musical family — if you go to Haymaker, look for Tom, who’s been spotted playing harmonica onstage at previous shows. Just don’t let Jonas take the wheel of your truck. S

The Haymaker Music Festival will be held rain or shine May 7 and 8 at the Oakley Farm. Advance tickets are $45 and $60 at the gate. On-site parking is $5. For band schedule, directions and details see www.haymaker.net.