Festival of the Tribes: Deputy Hawk from “Twin Peaks” plays host to this year’s movie-filled Pocahontas Reframed Festival at the Byrd 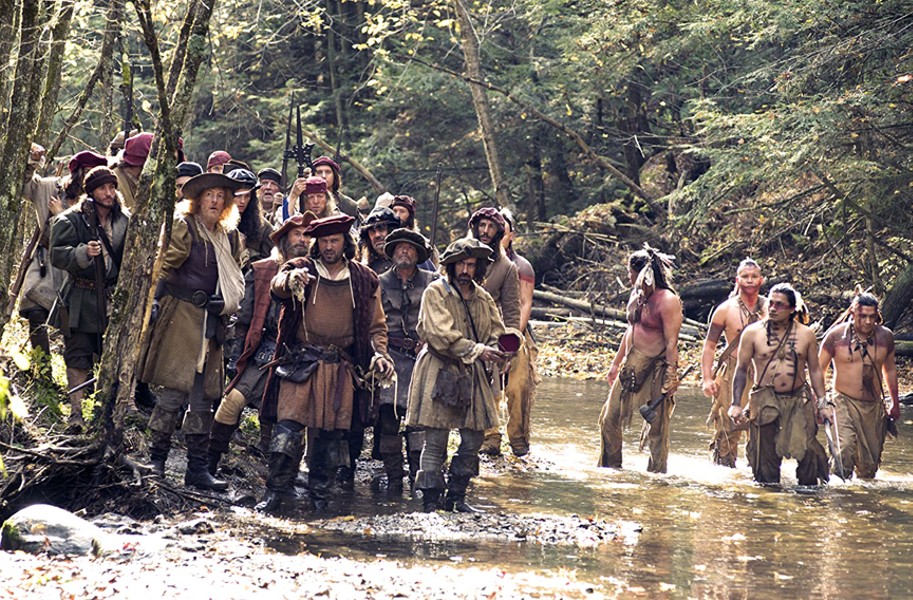 Director Francois Girard’s “Hochelaga: Land of Souls,” is a 2017 historical drama that was Canada’s submission for best foreign language film at the Academy Awards.

As bargains go, it would be tough to beat 20 movies for 10 bucks.

The Pocahontas Reframed Storytellers Film Festival, created to foster greater awareness of and exposure to indigenous cultures and languages, opens Thursday at the Byrd Theatre with a slate of feature films, shorts, classic films and documentaries.

"Nanook of the North," a silent film from 1922, will be shown with musical accompaniment provided by Michael Britt at the Byrd's mighty Wurlitzer organ. The docu-drama uses the background of the unforgiving, frozen landscape of northern Quebec to capture how Nanook and his family survive in such a harsh climate, including how they construct their igloo homes and hunt and fish for food. The film was included in Roger Ebert's iconic "Great Movies" list.

This is the second year for the Native American film festival, already the largest such event on the East Coast. The Byrd Theatre's manager, Todd Schall-Vess, says last year's was the most successful first-year festival ever at the Byrd. Festival director and assistant chief of the Pamunkey tribe, Bradby Brown, used feedback from last year's event to widen the focus from local to regional, resulting in many films with ties to the mid-Atlantic.

His biggest take-away from the 2017 festival was the importance of having great films, so the total number being shown increased from 13 last year to 20.

"Mankiller," director Valerie Red-Horse Mohl's deep dive into the life and legacy of Wilma Mankiller, the Cherokee nation's first female principal chief, covers both bases while showing how Mankiller overcame rampant sexism as well as personal challenges to lead her people. The film has won multiple awards at film festivals in California and Italy.

Many of the screenings will feature discussions afterward with directors, actors and producers. Michael Horse, the actor who plays Deputy Hawk on the new "Twin Peaks" series, will serve as emcee for the festival.

Brown says the goal is to educate, but mainly entertain viewers with a variety of films for all tastes. "We're not trying to hammer anyone over the head about Native American issues, but last year, we heard so many festival goers say that they didn't know anything about the issues in the films. We're trying to teach people that we're still here." Many viewers, he says, were unaware that there are seven federally recognized tribes and four state recognized tribes in Virginia. All 11 support the festival.

One film sure to resonate with sports fans is "More Than a Word," filmmaker John Little's analysis of the Washington professional football team and its continuing and controversial use of the pejorative term "redskins." The documentary uses interviews from both sides of the controversy to look at the history of Native American cultural appropriation.

Brown is most excited about French director Francois Girard's historical drama, "Hochelaga: Land of Souls," which explores an archeological site that resulted from a sinkhole that opened up in the middle of a football game at Percival Molson Stadium in Montreal. A Mohawk archeologist set out to sift through the layers to find the vestiges of the Hochelaga village where his Iroquoian ancestors first met French explorer Jacques Cartier in 1535.

"It's a really cool idea and a well-made film," Brown says.

While a general weekend pass that allows access to every screening is available for $10, for $35, a VIP pass also provides access to the official opening night events at the Virginia Museum of Fine Arts on Friday, including panel discussions and screenings with filmmakers and guests, followed by a private reception with filmmakers, sponsors and the team behind Pocahontas Reframed.

For Brown, the second festival is the culmination of a year's work, but he doesn't allow any self-congratulation until the final film has ended Sunday night.

"There are so many great films we could screen, so when a film comes out after my deadline for this year, I just put it on next year's list. That's the fun part. I could program the next five years right now," Brown says. "It's so rewarding to be able to put these films out to the community." S