The French Film Festival has flourished for 20 years through the labor of its authors. 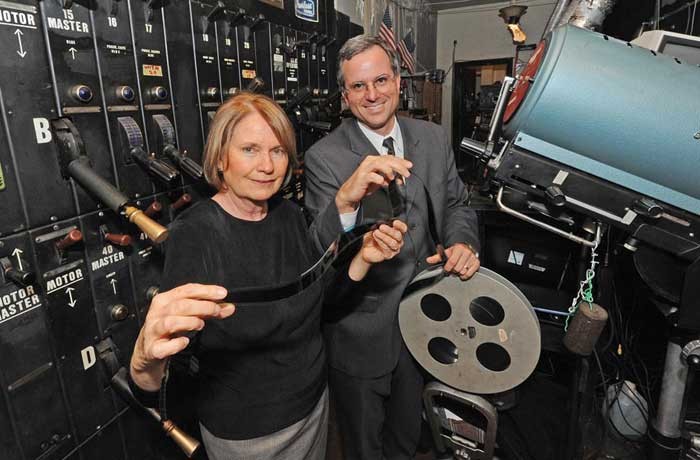 When the VCU/UR French Film Festival opened its doors for the first time in 1993 it was filled to capacity. Though it's evolved dramatically through the years, that part has pretty much stayed the same. The festival marks its 20th anniversary this year, and if you think the milestone will go by unadorned — without attempting to top all previous incarnations — you don't know its founders and organizers, husband-and-wife team Peter and Françoise Ravaux-Kirkpatrick.

The Kirkpatricks live to expand and perfect their event, which returns March 26-April 1 at the Byrd Theatre in Carytown with three extra days and a huge lineup of artists and their films. The couple's enthusiasm is the main reason it has remained so successful.

The first festival took place at Virginia Commonwealth University. It featured five films. Peter, Françoise and their team of student volunteers were determined to have guests, but they didn't have any money to bring people over from France. So they set up a teleconference, the 1990s version of Skype, with director Jean-Paul Rappeneau.

As humble as those beginnings seem, the event was something of a sensation. The Kirkpatricks had to call the producers in France for permission to show encores of their films at the campus theaters that, at 325 and 280 seats apiece, proved wholly inadequate with people left wanting to get in. Two more festivals and one intermediate venue later the event settled, in its fourth year, at the Byrd. There, it has become a fixture, consistently selling-out the 1,400 passes that match the venue's number of seats.

"It's a labor of love," says Peter Kirkpatrick, who along with Françoise begins work on every new festival by the time the last one ends. You could attribute to luck having the perfect venue — the visually extraordinary, historic Byrd, functioning on Cary Street since the 1920s, waiting to be filled. But making sure those seats are full is another matter, and that's where you see the couple's dedication. That includes bringing in the best projectionists and sound engineers — the same ones, Peter points out, used by the Cannes Film Festival — and personally selecting every film, and sometimes subtitling them, which means watching every movie made in France every year.

That's a lot of movies, around 150 a year, and sometimes twice as many short films. But Peter and Françoise say they annually attend Cannes, make several trips to France and receive a plethora of screeners in the mail to make it happen.

The festival brings in its guests by the planeload, 55 this year, including directors, actors, French critics and technicians, and entertains them with receptions, along with classes and, of course, the screenings. This year the festival offers an additional three-day symposium, "French Film: Art, Science and Technology in Service of Humanity."

This annual effort has earned the Kirkpatricks some noteworthy attention, including in 2004 as chevaliers of the Ordre des Arts et des Lettres, an arts award from the French government that put them in the company of Toni Morrison, Susan Sontag and Meryl Streep. Last year the Kirkpatricks were commended for promotion of French culture with the Médaille Beaumarchais by the French Société des Auteurs et Compositeurs Dramatiques, a collective rights organization for artists similar to ASCAP.

The festival's national and international renown is attributable partly to the awards bestowed on the Kirkpatricks but also to the French guests who go home stunned at the thunderous reception to their work by the 1,400-strong audiences, and the cumulative layers of relationships, history and word of mouth built through the years. Academics, cineastes and everyday fans come from all over, Peter says, to experience these films in the unique setting of the Byrd. The theater's general manager, Todd Schall-Vess, notes that the symbiotic relationship between the venue and the festival has helped raise the notoriety of both. The Byrd now plays host to annual Israeli, Hispanic, Chinese and environmental film festivals.

Kirkpatrick is always quick to note that the truly important thing about the festival is getting to see the films, in the best setting and format, and he and Françoise seem most interested in making those elements more finely tuned every year, often working 17-hour days, including for this anniversary the charming feat of bringing in their original guest, director Rappeneau, for his first in-person visit.

Peter and Françoise are the auteurs of their own film festival. It has the professional sheen of a corporate event, but the personal touches of a family tradition. A short video still playing on last year's version contains a quote from French diplomat Jean-David Levitte, which succinctly summarizes how their event stays so relevant and impressive. "It is the perfect example," Levitte says in the sound bite, "of what passion can achieve."

Anyone who sees the French Film Festival in action, or just speaks with its organizers about it, will find the statement accurate, maybe even modest.

The French Film Festival will be held March 26-April 1 at the Byrd Theater. For a detailed list of screenings, appearances and related events, go to frenchfilmfestival.us.