Federal Prosecutors Will Not Retry Former Gov. Bob McDonnell and His Wife 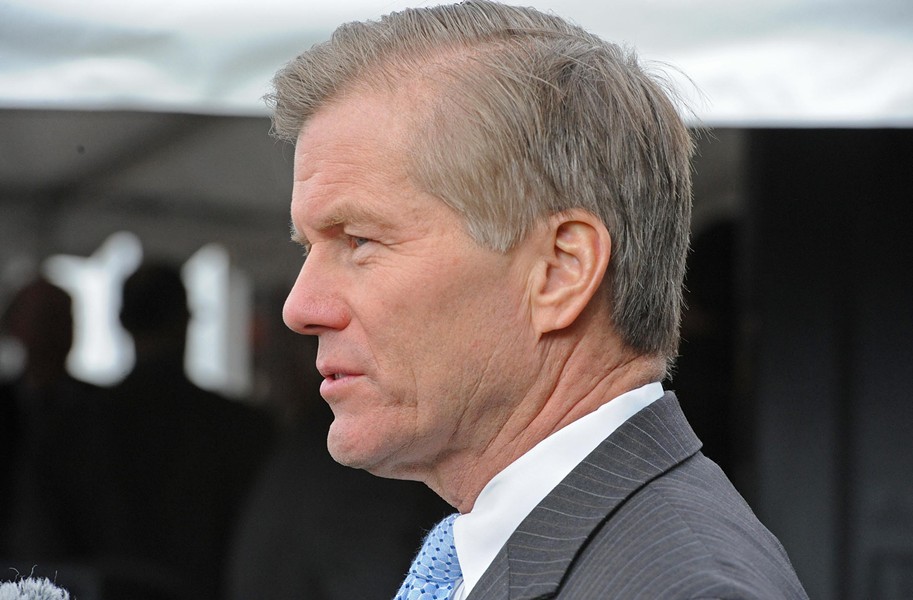 Other than formal court action, the announcement brings the McDonnell legal epic to an end.

Bob McDonnell’s sister, whose name also is Maureen McDonnell, said by phone Thursday that the family wanted to thank the many supporters who helped them get through the case, and is grateful it’s over.

“We just found out. … It was just – we were really ecstatic about the dismissal,” she said. “It’s been a long 3½-year ordeal for our family. We never lost hope that Bob would be vindicated.”

In a statement released by his New York public relations company, Bob McDonnell said, in part: “I have become grateful for this experience of suffering, having used it to examine deeply all aspects of my life, and my role in the circumstances that led to this painful time for my beloved family and Commonwealth. I am thankful to God for teaching me new lessons about His grace, mercy, and providence.”

Bill Burck, a lawyer for his wife Maureen McDonnell, said in an email statement: “We thank the Department of Justice for the care with which they reviewed the case. We are thrilled and thankful that Maureen can now move on with her life.”

A jury convicted the McDonnells in 2014 of multiple counts of corruption, and Bob McDonnell appealed to the U.S. Supreme Court, where he won. The case was sent back to an appellate court for a decision on whether McDonnell could be retried following the Supreme Court’s ruling in June that jurors were not properly instructed on federal bribery law and may have convicted him in error.

Federal prosecutors asked for an extension of their Aug. 29 deadline to decide whether to retry McDonnell. According to a Washington Post report, they recommended to the Department of Justice in Washington that he be retried.

The news is a huge victory for the McDonnells, whose indictments and convictions led to changes in state law related to gifts. They were found guilty of taking official action for businessman Jonnie Williams, who was seeking state support for a dietary supplement.

“Today the United States moved to dismiss the charges against Robert F. McDonnell and his wife Maureen McDonnell.

“After carefully considering the Supreme Court’s recent decision and the principles of federal prosecution, we have made the decision not to pursue the case further.

“The department thanks the trial team and its investigative partners for their outstanding work on this case.”

Bob McDonnell has insisted that while he made mistakes when he and his wife accepted more than $170,000 in swanky gifts and off-the-books loans from Williams, he took no official action in return and did not break the law.

He took the stand in his own defense during his approximately five-week trial in Richmond in 2014, as his attorneys presented evidence that his relationship with his wife was on the verge of collapse. Legal experts later criticized that defense strategy.

A judge sentenced McDonnell to two years in prison and his wife to a year and a day. They remained free on appeal.

McDonnell, a former prosecutor and lawmaker in Virginia Beach who served as state attorney general before his election as governor in 2009, was previously considered as someone whose GOP political career would extend beyond his four-year term. But the January 2014 indictment and prosecution cut that short and replaced it with images of McDonnell wearing a Rolex watch provided by Williams and driving Williams’ Ferrari.

Williams was granted immunity in exchange for his testimony against the McDonnells.

McDonnell bolstered his appellate filings with briefs of support from political and business leaders, including former state and federal attorneys general who argued he had committed no crime and that federal bribery law was too broad.

Democratic Gov. Terry McAuliffe, who succeeded McDonnell, said in June that McDonnell should not be retried.

Jeff McWaters, a friend of McDonnell’s in Virginia Beach and a former state lawmaker, said he would have been shocked if the Justice Department had moved forward with a new trial.

“Everybody is just very, very, very pleased,” he said. The McDonnells “have been vindicated completely by the United States Supreme Court.”

Randy Singer, another lawyer for Maureen McDonnell, said in an email that she is “serving with some non-profits, re-planting her roots in the Hampton Roads community, and cherishing her time with her family, including her four grandchildren. She will be forever grateful for this day, a day that marks a fresh start for both Governor and Mrs. McDonnell, and a day where they can shift their focus from the legal battle that has consumed them to giving back to the Commonwealth that has meant so much to them.”

Bob McDonnell has started a consulting business with his sister.