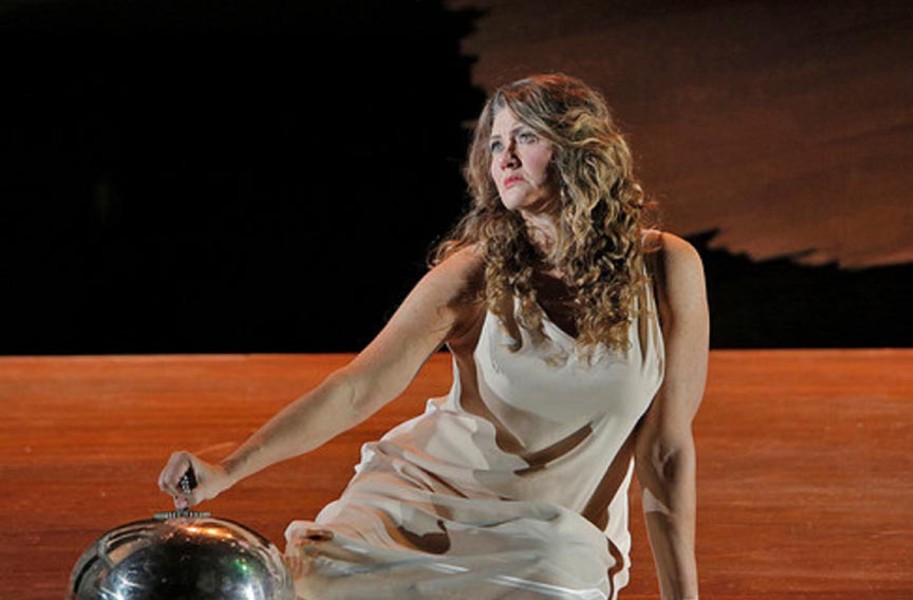 Few operas have generated as much controversy as “Salome.”

London banned all performances until 1910. Gustav Mahler’s attempt to conduct it in Vienna was thwarted after the Catholic archbishop deemed it immoral. The Metropolitan Opera’s 1907 production saw only one performance before wealthy patron J.P. Morgan pressured its closing, a ban that remained for 27 years.

This weekend, Richard Strauss’ scandalous opera comes to Richmond, based on Oscar Wilde’s interpretation of John the Baptist’s beheading. With the gospels of Mark and Matthew giving a broad outline of the prophet’s death, Wilde’s play colors in the blanks with lust, incest and death.

“It’s a very interesting opera, kind of a psycho-sexual drama,” says Michael Chioldi, who plays Jochanaan, or John the Baptist. “It is an opera jam-packed with action. … When this hour and a half of dysfunction happens in front of you, it’s intoxicating.”

In the tale, King Herod is obsessed with his niece and stepdaughter, Salome. Herod has killed his brother to marry his brother’s wife, Herodias, but now lusts after young Salome. Similarly, Salome becomes infatuated with John the Baptist, who’s been imprisoned by Herod.

“She hears his voice and becomes enamored,” says Kelly Cae Hogan, who plays Salome. “When she sees him, she doesn’t fall in love with him, but falls in obsession with him. And that’s the beginning of the end for Salome. And for John the Baptist, as a matter of fact.”

When Herod asks Salome to dance for him, she acquiesces, but only after making Herod promise to grant her any wish of her choosing. Salome performs the sultry Dance of the Seven Veils, stripping off articles of clothing for Herod and his guests. At the end of the dance, she demands the head of John the Baptist on a platter.

“It’s a really short decent into madness,” says Hogan, who reprises the role for the eighth time with this production. The standard version of the dance involves a bikini-clad belly dancer, but Hogan says she’s also done productions where pieces fell off a white sequined cocktail dress and where huge veils revealed her. While she doesn’t want to ruin the surprise, she does mention that this production takes place in the modern Middle East.

“Just in a vocal way, the role of Salome is one of the most challenging,” Virginia Opera conductor Ari Pelto says. “It requires a dramatic sound, but very flexible phrasing … all in the body of a dramatic soprano. It’s a role that very few sopranos do, and it requires great physical stamina.”

The role of Salome isn’t the only demanding role in the opera. Strauss’ dense, harmonically expansive score is quite a workout for the orchestra as well.

Though the opera’s Tarantino-esque properties may have shocked audiences of its time, some now consider “Salome” the first modern opera.

“It set the tone for work that came later in the 20th century that wouldn’t have been accessible had he not written this piece,” Pelto says. “More than 100 years later, it still sounds very modern to the ear.” S