The author of “Something Must Be Done About Prince Edward County” says she doesn’t want to divide readers. 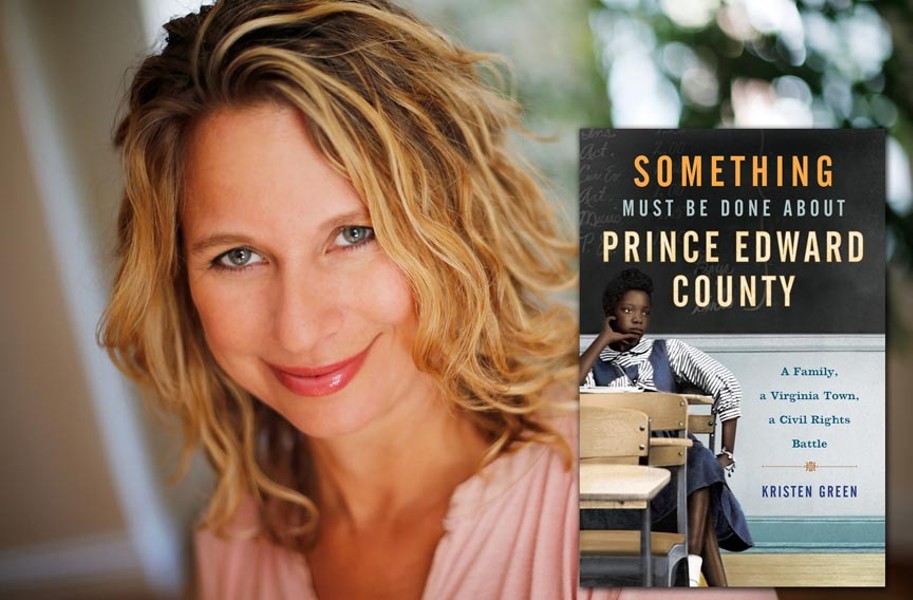 Richmond-based author Kristen Green grew up in Farmville, attending an all-white private school that did not admit blacks until 1986.

In May 1959, a federal court ordered Virginia schools to integrate. One county refused to comply.

Prince Edward County officials shut down the entire school system rather than have black children educated alongside white. The schools sat empty, doors chained and locked, for five years. White children were educated at a private academy established just for them; black children simply were abandoned.

Author and award-winning journalist Kristen Green chronicles this part of Virginia’s shameful past in her debut nonfiction book, “Something Must Be Done About Prince Edward County.”

“We don’t know our history,” says Green, a veteran reporter of 20 years for publications including The Boston Globe and The Richmond Times-Dispatch. “A lot of people are critical of the riots in Baltimore. But yet a lot of us aren’t willing to learn what happened and what’s led us to this place. That’s one reason I wanted to tell the Farmville story”

“I think it’s important to know why the schools there underperform,” she says. “You can’t take education away from people and then expect everything to be fine 50 years later.”

In a book that’s part memoir and part nonfiction, Green writes of her life growing up in Farmville, combining it with painstaking research spanning 60 years of the town’s history. The result is a deeply moving account of the author’s facing the truth about her family’s role in closing the schools and the effects of that injustice on a generation of black families.

Green, who now lives in Richmond, grew up with a fuzzy understanding of her hometown’s dark history. She knew the schools had been closed, but didn’t know that her beloved grandfather was more than a founder and board member of Prince Edward Academy, the private school organized in the summer of ’59 for the white children. He was also a founding member and leader of the Defenders, an organization that believed so passionately in segregation that it began plotting resistance in 1954, immediately after the Supreme Court case, Brown v. the Board of Education.

“It wasn’t some spontaneous decision,” Green says of the choice to close the public schools. “It was something they threatened to do and they followed through on that threat. They had plenty of time to think about how evil it was. In some ways it’s as bad as the violent beatings that happened elsewhere in the South during this era. Because the impacts were generational.”

Green began thinking about race issues when she met and married a multiracial man. The couple now have two young daughters. “It felt like I was supposed to do it,” Green says of writing the book. But it wasn’t easy: Some members of her close-knit family thought Green was being disloyal to the memory of her now-deceased grandparents. Other residents of Farmville felt she was “picking at a scab” by bringing up the past, she says.

“I wrestled with my grandfather’s part and how to feel about that,” Green says. “But once I started interviewing the students shut out of school, it was crystal clear how to feel. There was only one way to feel, and that was tremendous shame for what my town had done.”

Some families were pulled apart when children were sent to live with relatives in other states so they could attend school. Some children never went to school again and ended up working in the tobacco fields.

Early reviews for the book are glowing. It’s the Southern Living book pick for June and is recommended by Entertainment Weekly and The Boston Globe.

“My hope is that [the book] doesn’t alienate people,” Green says. “I hope people can learn something and maybe the county can move forward. It doesn’t need to be divisive. It can contribute to this really difficult conversation that we as people from Prince Edward, we as Virginians and Americans, need to have.”

An event with Green will be held Tuesday, June 23, at 7 p.m., at the Barnes and Noble at Virginia Commonwealth University. Information at kristengreen.net.