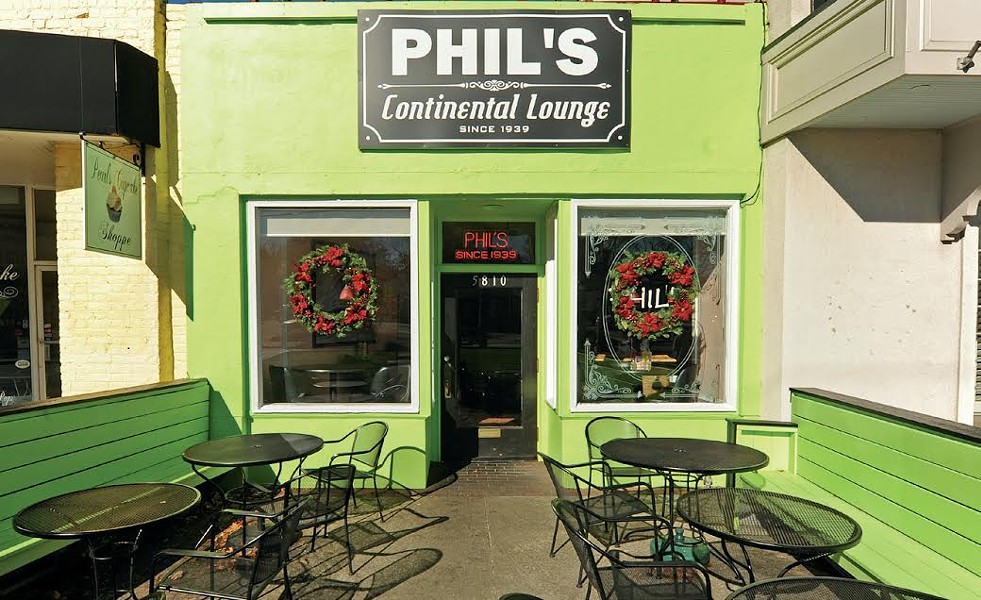 Poof! Phil’s Continental Lounge was open on Monday, Oct.6. But today, if you look in the window, you’ll see a bar full of condiments and not much else.

In 2011, the restaurant was forced to move one block west to 5810 Grove Ave., when the landlord declined to renew the lease. The Continental now occupies that space next to the Westhampton Theater.

Owner Kyle Measell and co-owner Katy Wilson-Measell sent out an announcement later in the week that they'd decided to retire. The business was for sale as of this spring for $150,000.

A West End institution and loved by regulars for its casual atmosphere, bar food, beer and cocktails, Phil’s had been open since 1939.

Correction/update: This article originally stated that Phil's Continental Lounge was open on Oct. 7. It closed on Monday, Oct. 6 according to a nearby business owner. It was also updated to include the announcement of the owners' retirement.