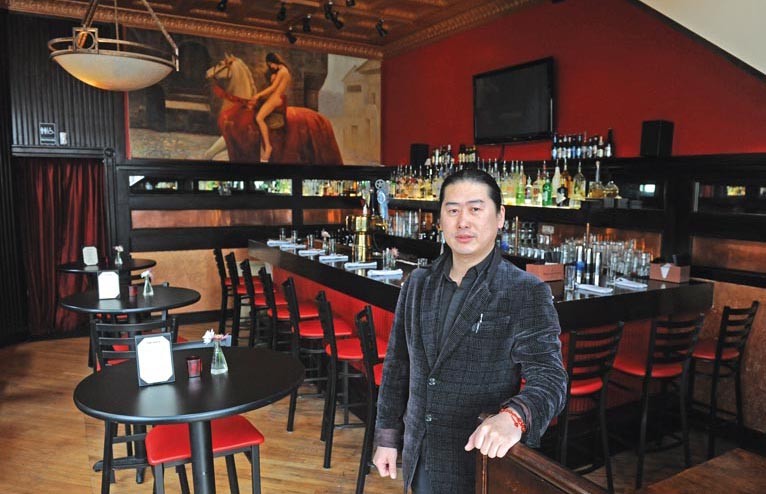 After a year of wrangling with his Fan District neighbors, Fanhouse owner Sunny Zhao has thrown in the bar towel.

On Monday, City Council was scheduled to consider Zhao’s request for a special-use permit for his restaurant at Floyd and Robinson streets. The permit would have allowed him to keep the first-floor bar he built without permission more than a year ago. But at the 11th hour, Zhao withdrew his request.

Why? He was sick of it all, says Zhao’s lawyer, William H. Shewmake. “There’s only so much time and energy you can put into a 12-foot piece of wood.”

The bar issue divided the neighborhood. Some neighbors feared it had turned a formerly sedate restaurant space into a loud nightspot. Others defended Zhao, saying he was a conscientious restaurateur who ran a nice place in an area filled with other bars.

Zhao, his neighbors, the Fan District Association and Councilman Charles Samuels had been negotiating a truce for months. One Fan neighbor says Samuels proposed allowing Fanhouse to keep both bars if he closed the downstairs bar at midnight for a trial period, but Zhao wouldn’t agree.

Shewmake says Zhao was considering curtailing his hours of operation to midnight Wednesday through Sunday and agreeing not to have live music or disc jockeys. But he says Samuels “made it pretty clear that short of taking the bar down, he wasn’t going to be supporting anything.”

Zhao has spent the last few days remodeling, Shewmake says. He aims to reopen Thursday, June 16, with a new look, a fresh menu, and no bar on the first floor.