Actor and Richmond homeboy Chad Coleman has a story to tell. 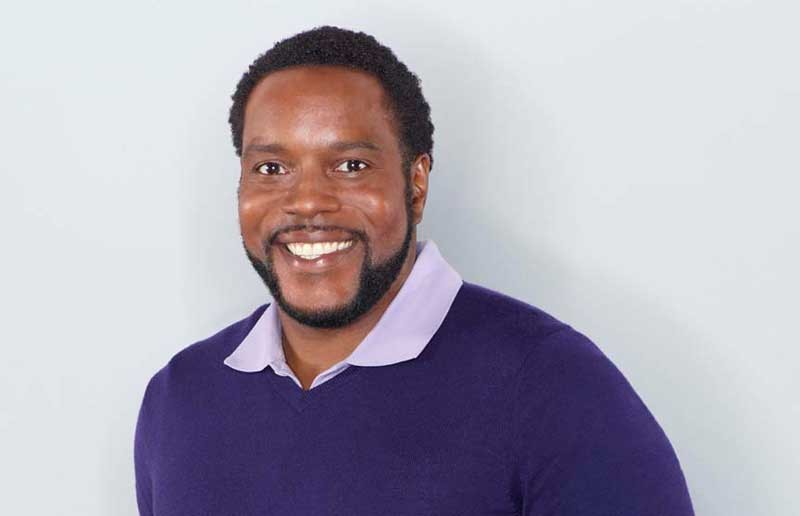 Chad L. Coleman has come a long way from Richmond's Fairfield Court project. These days, the actor primarily is known for his role as a reformed convict ("Cutty") on HBO's gritty urban drama, "The Wire." But his latest role is a long way from those mean streets — he's now "Gary," a golf pro who's helping to raise his daughter with his ex-wife on Fox TV's "I Hate My Teenage Daughter."

Coleman, a product of foster care, hasn't forgotten where he came from. He's involved in a local mentoring program, Camp Diva, and is likely to visit his hometown for the holidays. The community connection is a family thing, as his brother Donald is a Richmond School Board member.

Style: You were on "The Wire," which is widely regarded as one of the greatest television shows ever. Was it hard to determine what to do to follow that?

Coleman: Yeah, of course. ... When you're eating filet mignon, you want to continue to eat that. Because it was a rare show, those types of opportunities aren't readily available, you know? I do appreciate being a part of something historic — gives me a level of validation in this industry that any actor would want, you know? People immediately identify with the quality of your work, that's a good thing. You keep plugging away, that's what you do. And lo and behold you get an opportunity to do comedy.

Tell me about the new television program.

"I Hate My Teenage Daughter" is a new sitcom for Fox. It's a hilarious new show, with myself playing Gary. He's an ex-golfer and he's the ex-husband of Vicki, played by Katie Finneran, and we have a teenage daughter that we're trying to raise together, along with her best friend, Annie, played by Jamie Pressly, her ex Eric Sheffer Stevens, and their daughter. It's all about family, man.

This is truly an integrated family, in more ways than one. What did you make of that when you read the script?

It's real life. Personally speaking, I've been in many interracial relationships, although they never led to marriage. I'm firm believer [that] you love who you love. From the standpoint of a political perspective, I think it was a great move on [the producers'] part to really deal with what's out there, this is real life. For me, it's progressive you know, it reflects our White House and it makes us relevant and right now. I was very happy to see that play out.

Talk to me about growing up in Richmond.

I was brought up in the projects, I'm spacin' on the name right now, but it's over there by Armstrong [Fairfield]. Unfortunately, a situation occurred, we were left alone — it was two older brothers and two older sisters — my brother ended up tryin' to cook for us, set the project on fire, and they had to come and get us. We went into the foster care system. Actually, we had amazing foster parents, I feel like they saved our lives and they raised all of us, to the age of 12. They were just wonderful people, "Work hard, just make sure you get good grades." That was George and Lottie Byrd. It was almost unheard of for people to adopt five kids and keep them all together. They were angels for us as far as I'm concerned.

In school, all of my teachers from George Mason, all the way up to Mosby Middle School, to Armstrong-Kennedy High, were an amazing part of my growth and my belief and confidence that I could do anything I set my mind to. It was great growing up.

I understand you're working on a script about your time in foster care.

Every time I tell people about my life, they go, "Man you gotta write something, you gotta do something with that." It's a very compelling story. Just for the record, I have two younger sisters as well, also my parents came back into my life, we mended some fences, and I was very much a part of their lives before they passed away. I think it's an inspiring story. Anytime you can show people where you came from in a manner that could be uplifting to them, that's what I'm about. S

"I Hate My Teenage Daughter" airs Wednesdays at 9:30 p.m. on WRLH-TV. View information at foxrichmond.com.