“Next Fall” searches for a point to make. 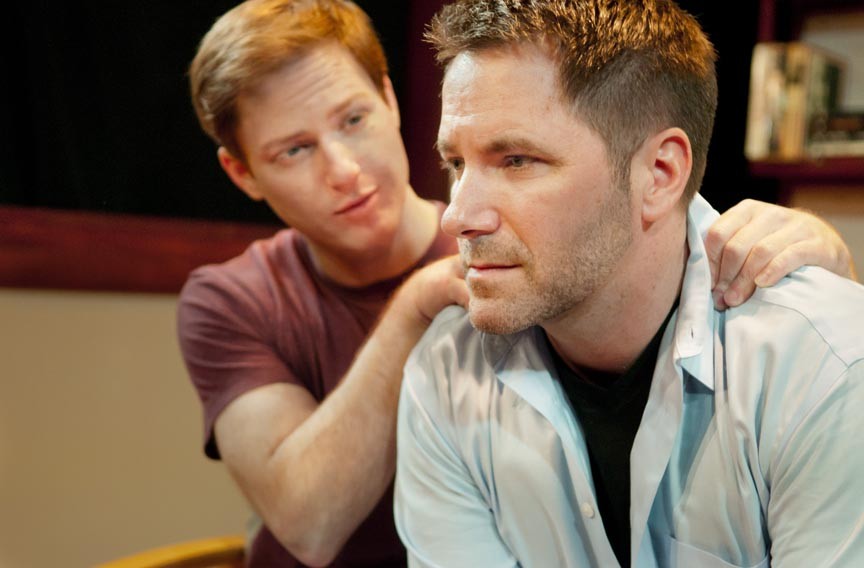 Every year it seems that a few plays sneak into the Acts of Faith Theatre Festival more for the added marketing boost than to further discussion about belief. Richmond Triangle Players’ production of “Next Fall” would fit the festival’s theme perfectly — if it actually got around to saying something.

Luke is in a coma after being hit by a car, and his family, friends and boyfriend are trying to deal with the accident’s aftermath. Jumping between the present day and the previous five years, the play is meant to provoke discussion about faith and its function in modern times. But every time characters are about to explain their outlook or have a meaningful discussion, Geoffrey Nauffts’ script jumps to another topic.

How does devout Luke reconcile his evangelical Christian views with his homosexuality? Why does his boyfriend, Adam, drastically shift his own views of religion in the course of the play? How does Luke’s father, Butch, deal with the realization that his son is gay? These are questions to which we’ll never know the answers.

Chris O’Neill and Denis Riva have little chemistry together as Adam and Luke, though they show both the good and bad sides of their flawed characters. Barry Pruitt is appropriately stern as Butch, and Matthew Mitchell is unnerving as the tightly wound Brandon. Dawn A. Westbrook is excellent as Luke’s biological mother, Arlene, every expression and movement perfectly tailored to the Southern hell-raiser she portrays. Georgia Rogers Farmer does the best she can with Holly, the character whose only truly dramatic part is recounting the plot from “Our Town.”

Like the script, Anna Johnson’s direction doesn’t seem to make a point, and the show’s occasionally funny sitcom-style jokes don’t help either. For a play that tries so hard to be topical — Matthew Shepard, AIDS, 9/11 and hospital visitations for sexual minorities are all along for the ride — it’s astounding how little it actually says.