The upcoming season is chock-full of interesting leftovers.

This was a kooky summer at the movies. So kooky that a superhero movie by James Gunn was livelier and more resonant than Leos Carax’s first film in nine years.

One is tempted to ascribe the bizarre state of affairs – from the at once eerie and stupid pall of M. Night Shyamalan’s “Old” to the haunted grandeur of David Lowery’s “The Green Knight” to the weirdly apt shut-in apocalypse of John Krasinski’s “A Quiet Place Part II” – to a pandemic hangover. But most of these movies were in the pipeline before then, as if they anticipated our current frustrated, dilapidated, clueless, wtf state. There’s a book somewhere in this summer, but now’s not the time.

My current task is to point the way toward the fall at the multiplexes and streaming outlets. This upcoming season appears to be chock full of leftovers, such as the new Wes Anderson and James Bond movies, which I’ve seemingly been anticipating for millennia, as well as star projects and auteur offerings and big date-night blockbusters. I only have a little space, and shifting release dates guarantee I will overlook many promising productions, but let’s jump in.

“The Card Counter” (directed by Paul Schrader)
As he’s said himself, Paul Schrader does movies about men alone, with some sort of social issue involved. His last film, “First Reformed,” concerned an anguished priest and climate change, and is among his very best. “The Card Counter” apparently pivots at least partially on war crimes, with a slick Oscar Isaac and a curt Tiffany Haddish as well as Tye Sheridan, the young actor often featured in Richmonder Rick Alverson’s films. (Sept. 10)

“Cry Macho” (Clint Eastwood)
In our frenetic superhero-iPhone- and-streaming-miniseries culture, Clint Eastwood’s stately, austere style is so antiquated it feels revolutionary. To watch an Eastwood movie is to return to the world of prestige projects of the 1980s and ’90s, and, when he’s really cooking, he’s still a great filmmaker, a cinematic blend of Ernest Hemingway and Jim Harrison. “Cry Macho” appears to suggest a combination of “Gran Torino” and one of Eastwood’s best recent movies, “The Mule.” (Sept. 17)

“The Tragedy of Macbeth” (Joel Coen)
“Macbeth” has been done to death, but Denzel Washington and Frances McDormand is a potent combo, not to mention Joel Coen writing and directing his first film without his brother, Ethan. (Sept. 24) 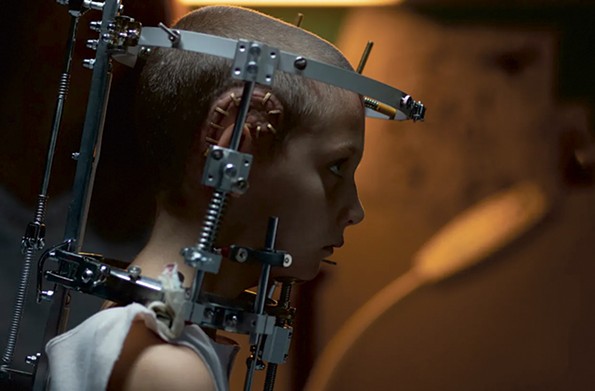 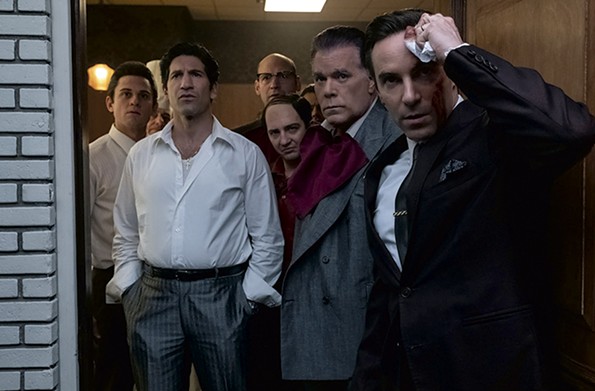 “The Many Saints of Newark” (Alan Taylor)
In this “Sopranos” prequel film, we see Tony Soprano as a teenager under the influence of Dickie Moltisanti, whom fans will know as the father of Christopher, Tony’s own eventual, disastrous protégé. As a “Sopranos” junkie, I’d be here for this no matter what, but the true draw is the casting of the son of the great, deceased James Gandolfini, Michael, in his father’s iconic role. Such a stunt could either scan as ghoulishly tasteless or a cathartic masterstroke. Also includes Alessandro Nivola, Vera Farmiga and Ray Liotta (Oct. 1)

“Last Night in Soho” (Edgar Wright)
I’m in the minority in thinking that Edgar Wright’s last film, the America-set “Baby Driver,” is god-awful, but “Last Night in Soho” promises to bring the gifted British filmmaker back to his homeland and to the horror genre in which he excels. The idea of the creator of “Shaun of the Dead” and “The World’s End” tackling a time-tripping giallo, the Italian term for mystery fiction, is too heady to resist. (Oct. 29)

“The Harder They Fall” (Jeymes Samuel)
Cinematically, the musician Jeymes Samuel is a relatively untested talent, but his cast, which includes Idris Elba, Delroy Lindo, Zazie Beetz and LaKeith Stanfeld, certainly isn’t. This could be an explosive revisionist Western. Elba has already proved his ease and confidence in the genre with “Concrete Cowboy.” (Nov. 3)

“Soggy Bottom/Untitled” (Paul Thomas Anderson)
Anderson has a supernaturally reliable brand, specializing in poignant, mysterious, open-ended character studies that are executed with bravura formalism, recalling the heyday of American cinema in the ’70s. His new film, rumored to be called “Soggy Bottom,” is said to be an ensemble piece set in the, well, ’70s, which suggests a return to the salad days of “Boogie Nights.” The cast includes Bradley Cooper and Cooper Hoffman, the son of Anderson’s greatest collaborator, Philip Seymour Hoffman, who died in 2014. (Fall)