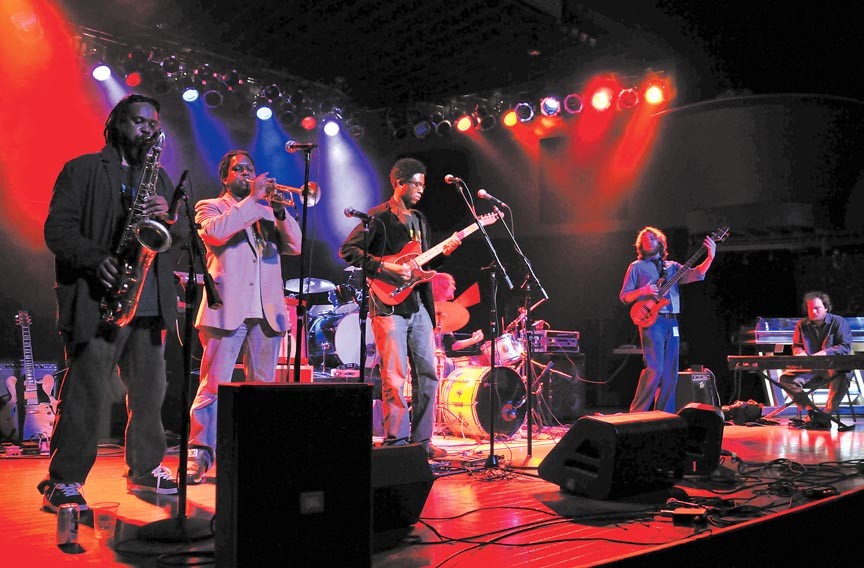 The jazz scene is focused outward this year, with several key local musicians on the road with Matthew E. White and the Mountain Goats. The tour-opening concert at the National on Oct. 9 promises to be one of the seminal events of the season. This won't stop the monthly concerts of No BS Brass Band at the Camel (and frequent appearances elsewhere), where substitute players in this brass-rich town can step in to fill the gaps.

VCU's acting music department chairman and former Regina Carter sideman Darryl Harper presents his jazz and classical crossover faculty recital Sunday, Sept. 23, at 4 p.m. On the next night, Sept. 24, the school's collaboration with the South African University of KwaZulu-Natal is celebrated with two free student performances at the Camel. It pays to pay attention to VCU's event schedule, which features some of the best musical values in the local market.

Glenn Wilson, a renowned baritone saxophonist whose Jazzmaniacs band was an institution at the original Bogart's Back Room in the '90s, returns to Richmond with a show at the Camel on Sept. 25. His group, featuring former bandmates drummer Tony Martucci and bassist Jimmy Masters, as well as trumpeter John D'Earth and pianist John Toomey, will record a live album during the next three evenings at Havana Nights in Virginia Beach.