Food Review: Portrait House looks for a niche in Carytown. 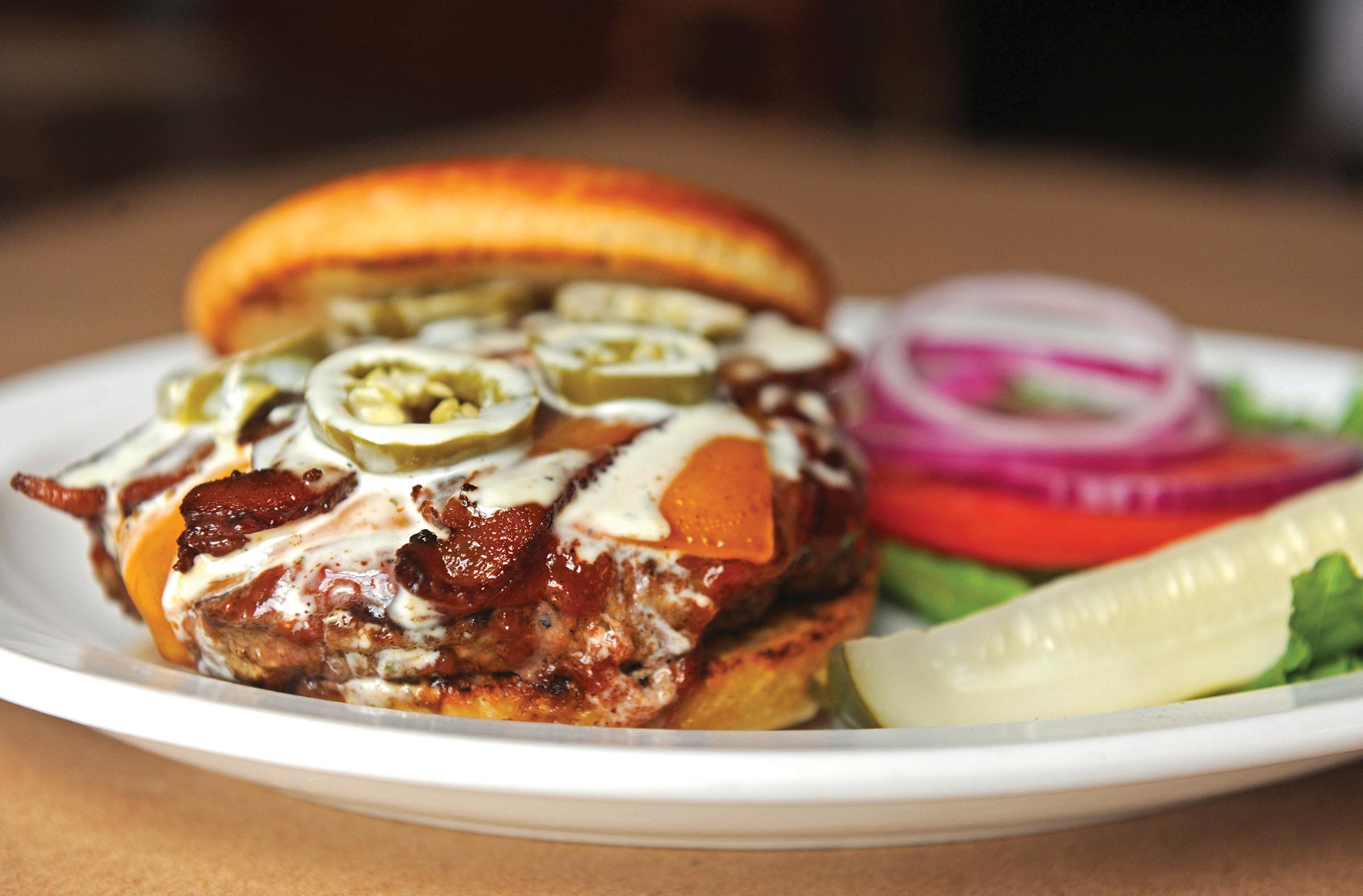 Each year in Richmond new restaurants rise from the metaphorical ashes of those that closed, often to return to dust in a year or two. Portrait House, across from Byrd Theatre in Carytown, is a product of this restaurant life cycle, filling the space left by Blowtoad, which moved into the space left by Double T's BBQ less than a year before.

Its large, rustic bar and ample space give the restaurant an open feel. Although I haven't seen sponge-painted walls since my parents' bathroom circa 1992, these are covered nicely with an array of portraits. An eclectic mix of college students and Carytown shoppers fills the room, becoming a predominantly young adult crowd most Saturdays at 10 p.m. when the DJ kicks into gear. The restaurant doesn't take reservations, but we are able to get in easily on a weekday evening and after a very short wait on a Saturday night. On each visit, the service is prompt and friendly — absolutely no complaints here.

Unfortunately, the building's predecessors didn't pass down the gene for barbecue or pizza. Pork barbecue sliders ($7/$13) are so acidic that they destroy my taste buds and the flavor of the wine I was enjoying. While baking takes down the sauce's aggressiveness on the pork barbecue pizza ($11), it increases the sweetness, reinforced by slices of apple. The pizza crust itself is nondescript. We add grilled chicken to the white pizza ($9) but the combination of garlic, ricotta and mozzarella desperately needs salt, and we're horrified by the seemingly prepackaged cubes of chicken. Margherita pizza ($9) is unremarkable, but best of the bunch is the bacon cheeseburger pizza ($12), covered in beef, bacon, onions and tomatoes, with the bacon doing the heavy lifting.

We fare much better with the burgers, cleverly named for famous portraits. Some connections are obvious, like Whistler's mother ($7), a plain, simple hamburger for a plain, simple portrait. Others are more ambiguous, such as the van Gogh ($9), topped with gruyère, mushrooms and caramelized onions. My only guess is that sliced mushrooms look a little bit like ears? An unappetizing thought, but a solid burger that's a slight step up from a classic mushroom and swiss. The American gothic ($9) comes cooked to the requested medium and is topped with crispy bacon, cheddar, ranch and jalapeños. The bun is a little dense but holds together well. Still, with Burger Bach and Carytown Burgers just down the street, Portrait House has some stiff competition.

One thing worth going back for is the selection of fries and sauces. Four kinds of fries: house cut ($3), curly ($4), sweet potato ($4) and steak fries ($4), are paired with seven sauces ($1 each). Our table favorite is wasabi ranch, nice and cool with a kick of spice. I wonder whether the creamy Gorgonzola could be overpowering but it's well balanced and pairs nicely with curly fries. Likewise, sweet potato fries and roasted garlic aioli are a genius combo. The only sauce that doesn't impress is the not-spicy habanera ketchup. And forget the onion rings. Ours are sliced too thin, over-breaded and over-fried. Tragic.

As many as two dozen craft brews are available on tap, including Virginia favorites from Hardywood, Devils Backbone, Lost Rhino and Apocalypse Ale Works, to name a few. There's also a small wine list, but beer is certainly the focus.

To make it through the Richmond restaurant buzz saw, you need phenomenal food, a unique experience or loyal regulars. Portrait House may not be hitting those marks yet, but perhaps with work it could. S

Sara Kuhs is a co-blogger on the Dinner Club RVA food blog. She has lived in Richmond since 2002, and has watched the impressive evolution of the Richmond restaurant scene during the last decade.